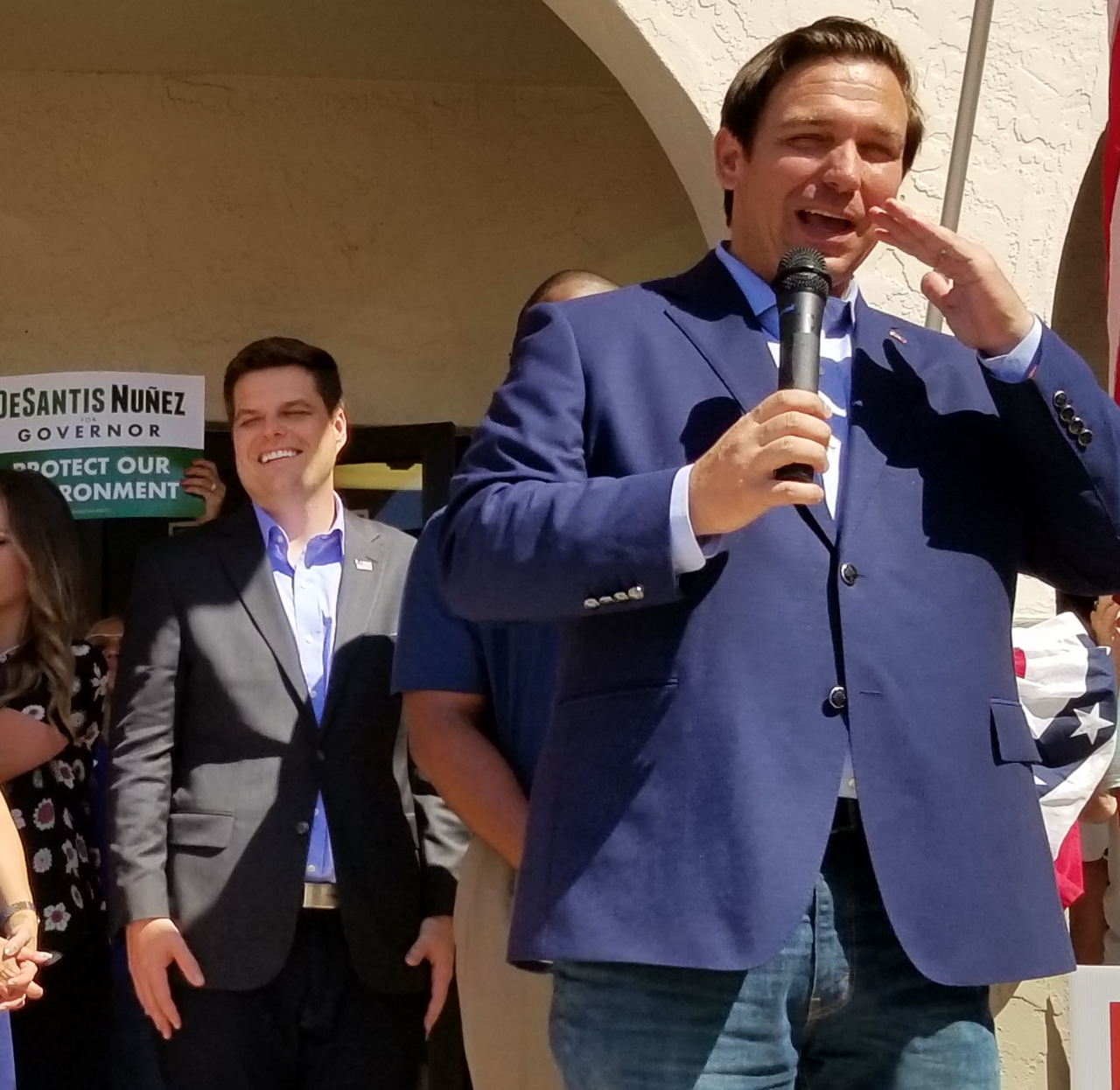 Everyone has questions. When will there be answers?

In an email blast on Friday, Progress Florida posited a dozen questions DeSantis should answer, even if he hasn’t been directly implicated in Gaetz’s alleged misdeeds. Many stem from DeSantis’ gubernatorial campaign in 2018, when Gaetz was a near-constant presence at DeSantis’ side and ultimately led his transition team. More recently, Gaetz has touted DeSantis as a presidential candidate on right-wing outlets like Fox News.

Progress Florida’s questions include some basics still unaddressed on this, day three of GaetzGate:

— Do you have a reaction to the accusations against him?

— When and how did you learn about these accusations?

— Have you spoken to him about them?

— When was the last time you spoke to him?

These could satiate curiosity regardless of DeSantis’ answers. The Governor has been known in the past to make hard breaks with former associates, such as Susie Wiles, who helped manage his victorious but close race for Governor in the final stretch.

Some dig for information on what Gaetz may have shared in the past, particularly based on allegations he showed nude photos to fellow members of Congress, where DeSantis was a close colleague:

— Did he ever show you pictures of nude women he claimed to have slept with?

— Are you aware of him paying women for sex?

— Are you aware of Gaetz ever having had sexual contact with a minor?

Based on the now-widely discussed reputation Gaetz had in political circles for wild behavior, Progress Florida suggests the Governor explain ever putting the Congressman in a position of influence, asking the following questions:

— Gaetz already had a reputation when you hired him to manage your transition. Can you explain why you’re friends and why you trusted him with such an important job?

— Would you consider hiring him again?

— Do you believe Gaetz or his accusers?

Finally, the group suggests DeSantis weigh in on some criminal elements and the matter of consequence:

— Do you have any knowledge of Gaetz using ecstasy or other illegal drugs?

— Do you think he should resign?

It seems unlikely DeSantis will forever evade questions about Gaetz, though it’s also doubtful he will address the full dozen pointed queries. But it may at least give regional reporters at popup sites and promotional events to bring some hard-hitters to the Q&A.