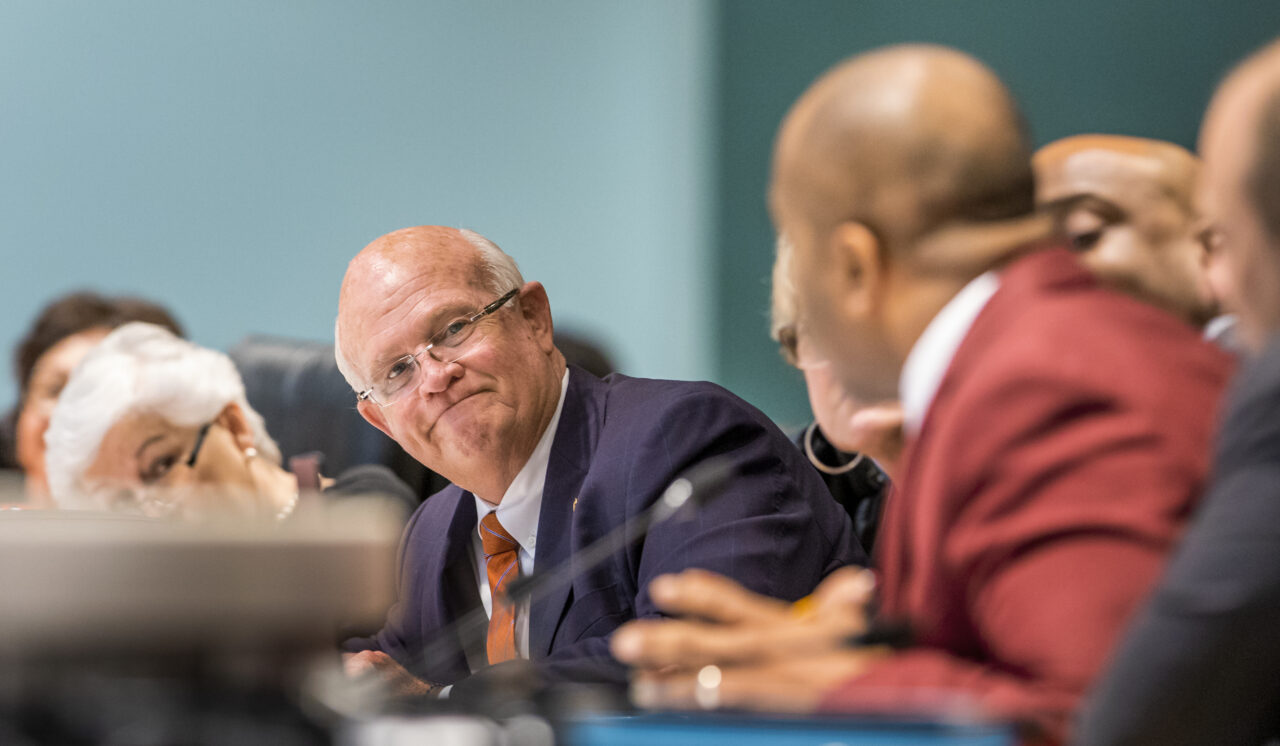 Baxley knows what it's like to have a rare disease devastate a family.
There are no one-sided characters in the Florida Legislature. Few prove that more than Sen. Dennis Baxley, whose bipartisan rare diseases bill passed its final legislative hurdle Wednesday, against the backdrop of perhaps the most contentious legislation this Session, also a Baxley bill.
The Senator from Lady Lake carried contentious legislation all Session long, creating flash points in committee meetings among various groups ranging from Bright Futures recipients to election reform advocates.

Despite his tendency to support partisan legislation, Baxley still jokes with Democrats in committee meetings. He has said he “loves his opponents.”

It’s likely for that reason Baxley can spark controversy one moment, and enjoy across-the-aisle support for a heartwarming bill to help people with rare diseases the next.

The measure (SB 272) would create a Rare Disease Advisory Council within the Department of Health. The council would be made up of medical experts and government appointees. The purpose of the council is to facilitate communication about treatment and management for rare diseases among the medical community, caretakers and family members.

A disease is considered rare if fewer than 200,000 people in the U.S. have the condition. It means that dealing with side effects, treatments and symptoms can be lonely.

The loneliness is something Baxley knows firsthand.

“I can’t talk about this without getting emotional,” Baxley said in a Florida Politics interview in early April.

“It is one of these rare diseases that nobody knows what to do for. So, there’s a lot of communication to understand how other people are managing,” Baxley said.

Baxley’s said he found out his daughter was carrying a gene for Huntington’s disease when she was still a baby, shortly after he and his wife adopted her and her brother from an abusive household. His daughter is now 31-years-old. The Senator credited his wife for seeing to his daughter’s needs while he legislates in Tallahassee.

The National Organization for Rare Diseases (NORD) brought the legislation to the Senator.

“I thought, this is awesome, because nobody knows who to talk to. There’s nobody else in their circle that knows this disease and how to manage it,” Baxley said.

NORD is working to establish similar rare disease councils in other states.

There may be as many as 7,000 rare diseases and its estimated 25 million to 30 million Americans are living with a rare disease, according to the U.S. Department of Health and Human Services.

On the House floor DuBose shared that he lost his mother to a rare disease called scleroderma.

“Going through that process with her for 18 years, her feeling like she was the only one who had that disease, being misdiagnosed time and time again,” DuBose began. “Being able to present a bill and knowing personally the impact that this bill will have for the almost over 30 million folks that are affected by a rare disease is an honor.”

The bill already passed the Senate 39-0 in mid-March. It now heads to Gov. Ron DeSantis for his signature.