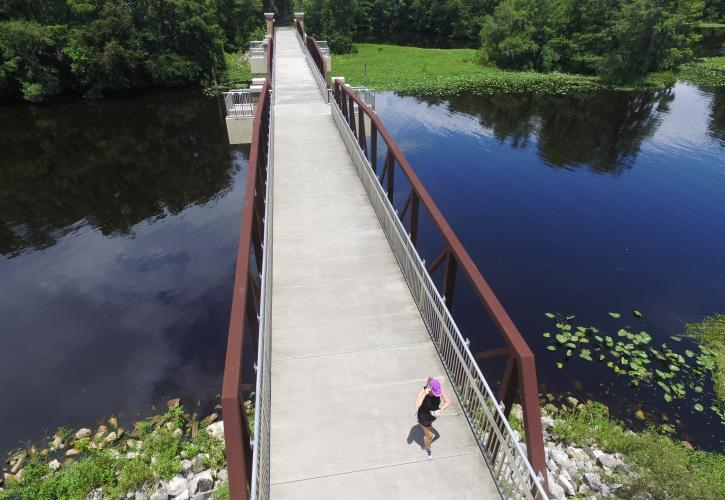 The funding comes amid increasing popularity of the state's parks.

The Florida Legislature poured more than $67 million into the state’s parks this year.

The budget marks a record year for the parks, according to Gil Ziffer, State Parks Foundation President.

“In every sense, this has been one of the most successful Legislative Sessions ever as far as Florida’s award-winning state parks are concerned. This is a year of record funding,” Ziffer said in a written statement.

Should the funding all survive Gov. Ron DeSantis‘ veto pen, $50 million will be used for facility repairs and other improvements. Land and recreation grant programs will receive $13.8 million. Recreational trail programs will receive $1.5 million, and $2 million will go toward Florida Recreational Development Assistance programs, which administer grants to local governments for the acquisition or development of land for public outdoor recreation.

The budget influx comes after a year of increased popularity for outdoor spaces because of pandemic-related social distancing.

“Florida’s state parks play an important role in providing open spaces where people can recreate and exercise in a safe, socially distanced environment. The demand for these open spaces will continue to increase as Florida’s population is expected to top 23 million by 2025 and tourism numbers grow,” Julia Woodward, State Parks Foundation CEO, said.

“It is also important that these pursuits are available to the widest possible audience both in terms of accessibility and diversity,” Woodward added.

The parks are an economic driver for tourism. The state’s parks, in 2019, generated $2.6 billion in economic impact from nearly 30 million visitors, Ziffer said.

“Florida state parks represent one of the state’s greatest success stories. They are a major contributor to the state’s tourism industry, support thousands of jobs, and pour billions of dollars into the state’s economy. At the same time, they preserve many of the jewels of our natural environment and Florida’s significant historical and cultural sites,” Ziffer said.

The State Parks Foundation is a nonprofit, founded in 1993. Its mission is to support and sustain the Florida Park Service through preservation programming, education, community engagement and advocacy.

The volunteer Board of Directors of the State Park’s Foundation represents private and public sectors as well as local and statewide interests.