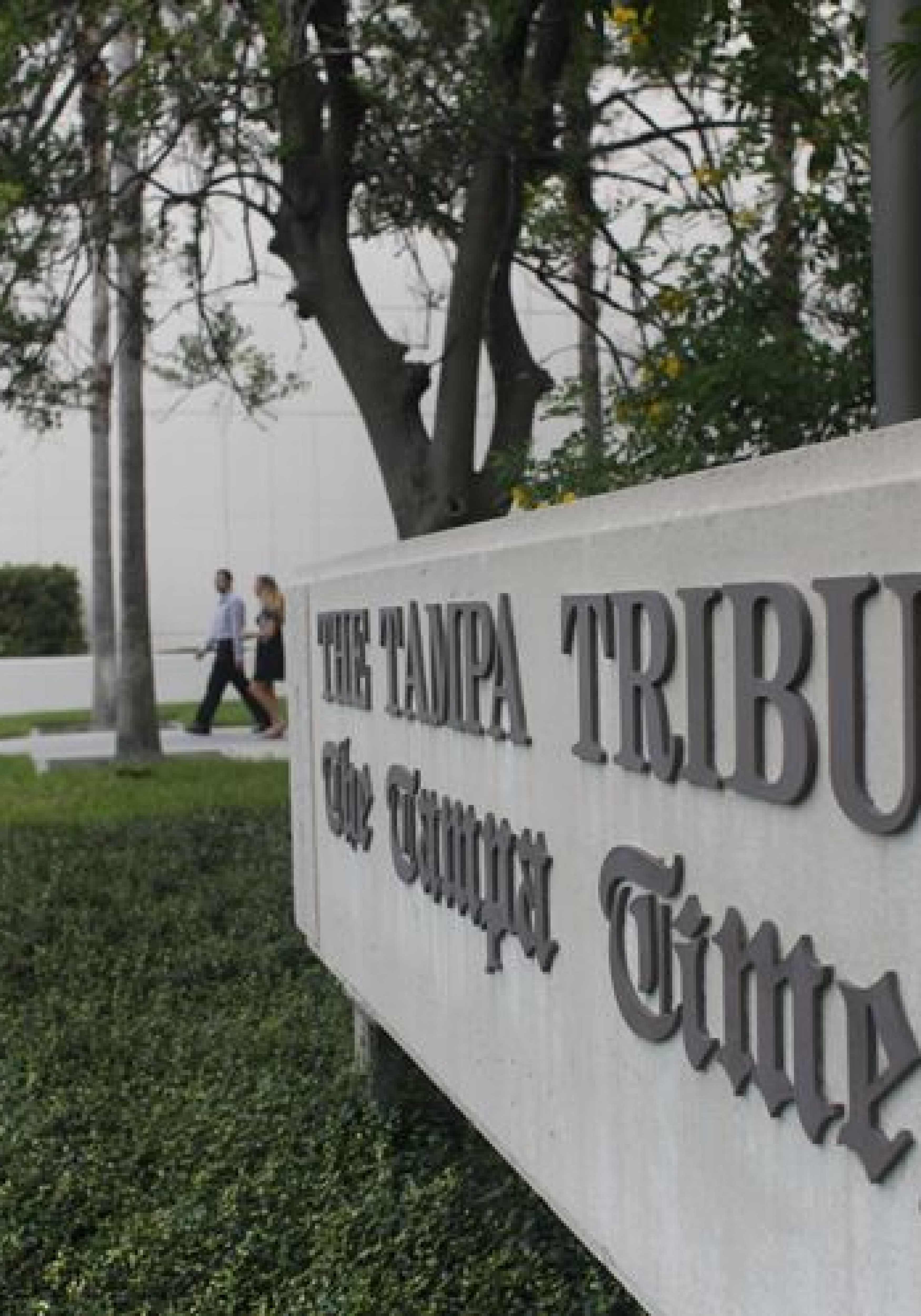 Five years after the Tampa Tribune was shut down, newspapers throughout the state face financial peril.

Five years ago, at around 3 p.m. on May 3, the costliest, bloodiest newspaper war in Florida history ended. That’s when the Tampa Bay Times bought and closed the 123-year-old Tampa Tribune, the newspaper where I worked for more than four decades.

Times CEO Paul Tash delivered the news in front of a packed auditorium of suddenly former Trib employees. The first thing Tash did was tell everyone to put their phones down because he didn’t want a video record of his words.

I thought that was strange for a news person, especially one from a paper as vocal as the Times about transparency. Tash also didn’t allow the Tribune the common courtesy of printing a farewell edition, a completely classless move.

He said he didn’t believe in long goodbyes.

In one of the most callous statements I can recall, Tash would later say that sometimes bad things must happen, so good things can. Too bad, so sad, all you now-unemployed Tribune suckers.

The Trib might have died on its own anyway. We were bleeding red ink, the result of trying to fend off the Times while dealing with the dramatic advertising shift away from newspapers. Media General, which owned us and dozens of smaller papers, wanted out of the newspaper business.

In 2012, an equity investment group called Revolution Capital bought us for $9.5 million. More specifically, they bought our building, located on prime riverfront real estate in downtown Tampa. They weren’t too interested in running a newspaper.

They kept the paper alive until they sold the land for a handsome profit. An apartment building now occupies the place where the Tribune once stood.

Time goes on, though, so where are we now, five years later? What is happening to an industry I love and believe serves a vital role in a democracy?

The Pew Research Center reported that 86% of U.S. adults say they get news from a smartphone, computer, or tablet. Compare that to 68% who get news from TV at least sometimes, and 40% who do so often.

Many traditional newspaper organizations keep trying to master the difference between print and online. Even if they can, though, capturing enough viewers to stay profitable is a challenge. That’s because people increasingly turn to specialty sites like Florida Politics and POLITICO for detailed coverage of their interests.

With their broader approach, newspaper sites struggle to keep up with the saturation coverage the specialty sites provide. However, they better figure it out because Pew reported only 10% routinely get news from print publications.

Sadly, add it up, and what happened to the Tribune could happen to other major papers around the state.

The hedge fund Alden Global Capital submitted a bid to buy the Chicago Tribune group, which also owns the Orlando Sentinel and South Florida Sun-Sentinel. Alden is known for acquiring newspapers and ruthlessly gutting them until they are little more than a shell.

Maybe they can continue to publish, sure. But what kind of product will it be?

Meanwhile, the Times’ finances appear to be a mess. Maybe they wouldn’t be, though, if its leaders hadn’t spent millions and millions of dollars in a 30-year war to put the Trib out of business.

The Times’ newsroom is significantly smaller today, the result of layoffs. Employees endured pay cuts, furloughs, and layoffs, the same as we did toward the end at the Tribune.

The paper also saw some of its top reporters flee to other outlets. It sold much of its property and took out multiple loans from some local business leaders that it covers, including Tampa Bay Lightning owner Jeff Vinik.

The Times even asks readers to consider making donations to fund its operation. You expect that from Wikipedia, but not from an organization that calls itself Florida’s best newspaper.

Last year, the Times cut the number of days it prints a paper from seven days a week to two. They said it was a temporary move, but it’s still in place more than a year later.

The newspaper recently outsourced its printing operations to the Ledger in Lakeland. That also meant lousy deadlines.

The most recent Sunday paper is an example of that. Readers interested in reading about the Tampa Bay Lightning’s Saturday afternoon game were directed to the Times’ website. I mean, why bother?

Now and then, though, the Times will remind you that it can still throw a punch.

A recent project entitled “Poisoned“ focused on the environmental dangers to more than 300 workers at Tampa’s Gopher Resource, the only lead smelting plant in Florida.

Its investigation of controversial policing tactics employed by Pasco County Sheriff Chris Nocco is another example. Newspapers can make a difference.

But with a dwindling number of reporters keeping an eye on local and state governments, corruption can go unchecked. Shysters feel emboldened, and the public loses.

It’s hard to accept that this vital profession has become hostage to hedge fund greed and its own mismanagement. It happened, though, and likely will continue.

I hear the apartments on the land where the Tribune stood are nice, though.