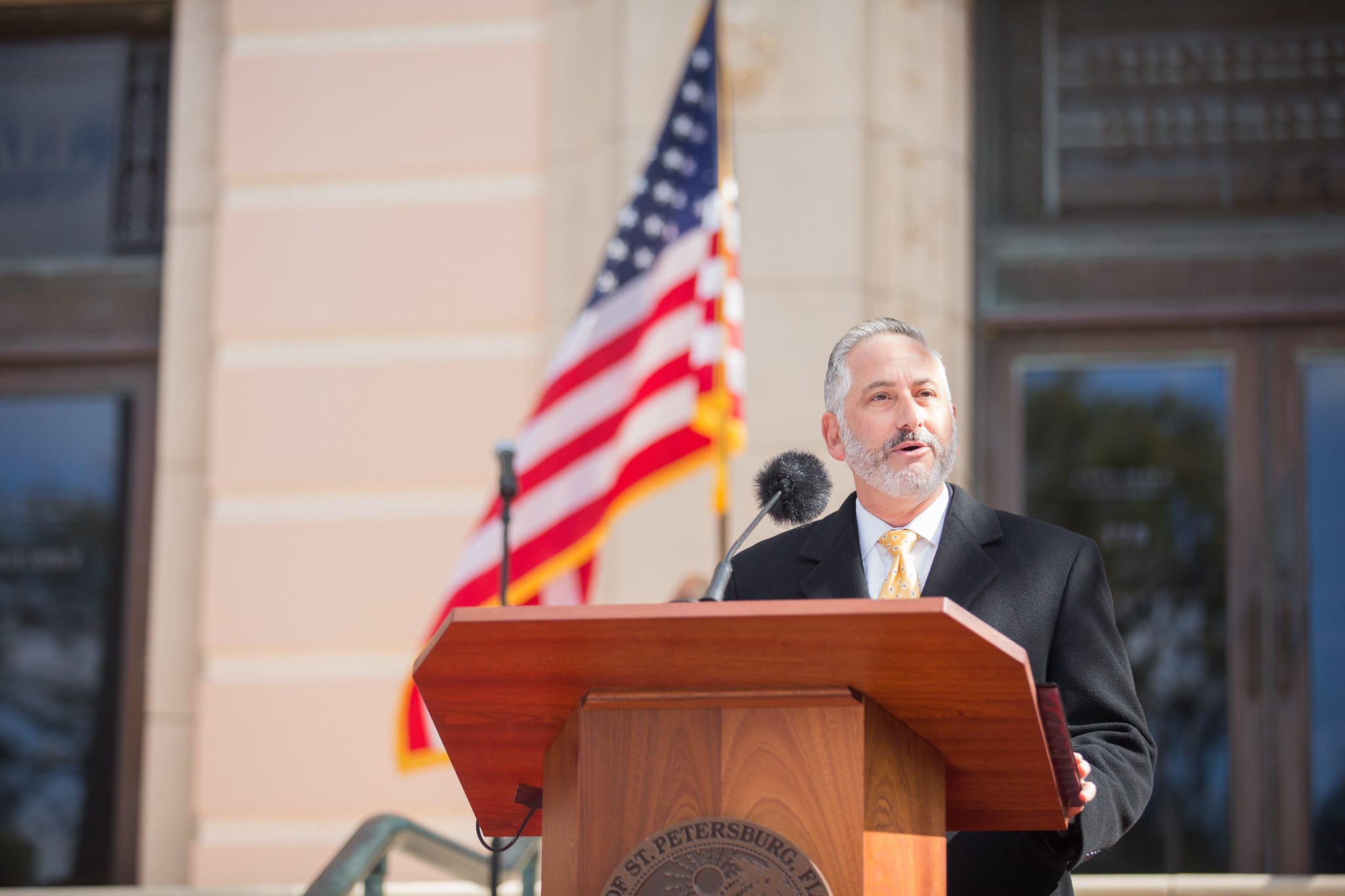 The Mayor slammed DeSantis' move to use his current executive power to terminate local emergency orders.

Standing on the same patio the Governor made his announcement at earlier — the outdoor area of local restaurant Big Catch — Kriseman slammed DeSantis.

“Instead of the Legislature and the Governor preempting cities and counties, they should be calling us all up and saying thank you,” Kriseman said. “What could have happened in the state of Florida — as far as the number of hospitalizations and deaths — didn’t happen because of the actions that cities and counties took, that this legislation, directly addresses, and in large part, prohibits.”

The Mayor criticized DeSantis’ move to use his current executive power to terminate the local emergency orders through June. After that, the termination is made possible by new laws that take effect July 1 in an emergency management bill (SB 2006) passed on the last day of the Session.

“The Legislature had no issue in giving the Governor authority to enter an executive order proclamation that is in existence for 60 days,” Kriseman said. “But when it comes to cities and counties, it’s seven days, and no more than 42 total.”

Kriseman also criticized the portion of the legislation that prohibits businesses, schools or other institutions from verifying vaccinations through a vaccine passport. Entities that require proof of a COVID-19 vaccine could get slapped with a $5,000 fine for each affected customer or student under the bill.

“They’re more interested in the powers of the Legislature and the Governor, and businesses and keeping them open, than they are in the health and safety of our public,” Kriseman said.

The Mayor compared the COVID-19 vaccination policy to those of other viruses.

“Elementary school through high school — diphtheria, tetanus, measles, mumps, rubella, polio, chickenpox,” Kriseman said, listing different vaccinations required in public schools. “Those are all vaccinations you have to get, and they’re required… But, now in Florida, COVID-19 vaccination isn’t included, we can’t require that. So, we have to ask the Governor and the Legislature, what’s the difference?”

Kriseman, like other critics of the measure, said he also expects the legislation to face constitutional challenges.

“I think legally, this will be challenged,” Kriseman said. “It’s about the state trying to wrestle control, and take control away from local government — from the people who are closest to the people who elected them.”

previousGov. DeSantis: Covid-19 emergency is over