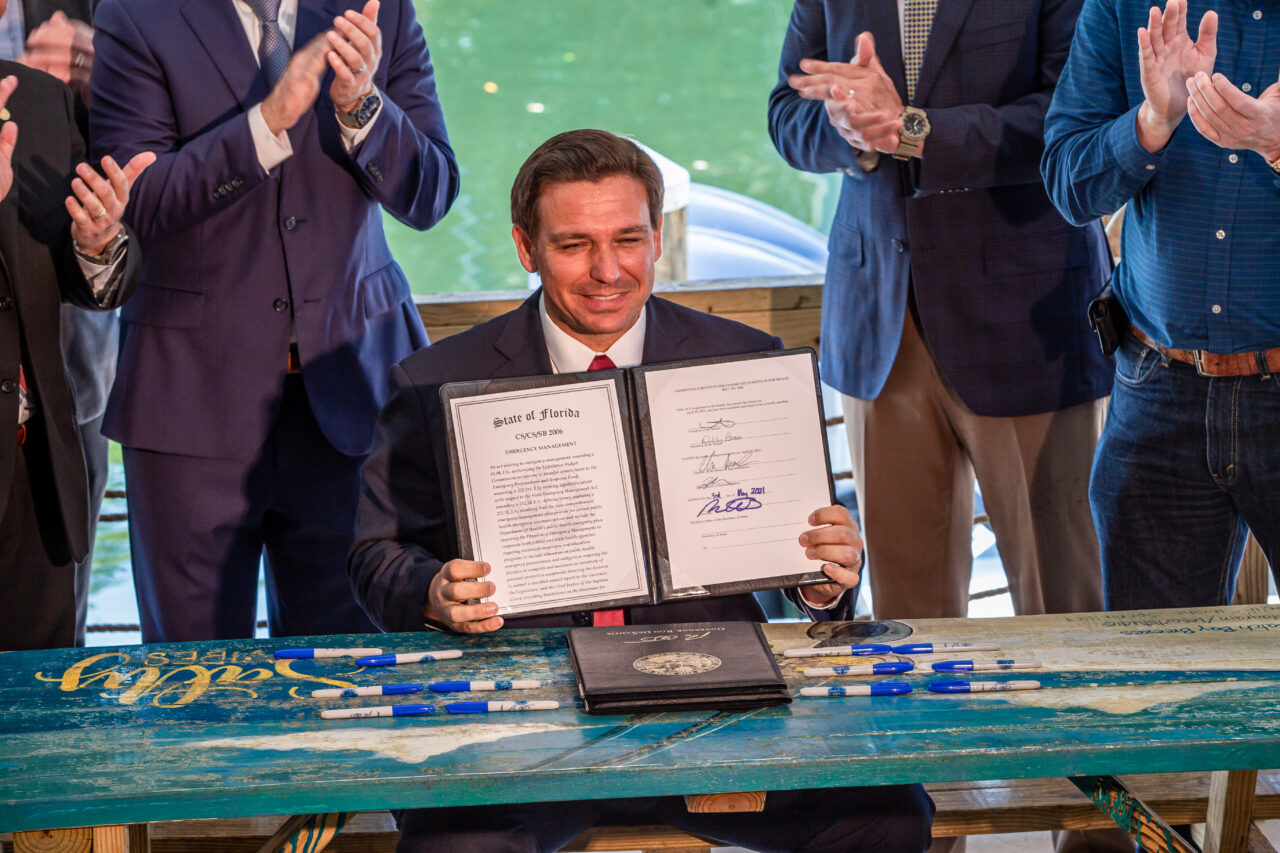 A new law taking effect in July gives the Governor the authority to usurp local orders.

“The fact is, we are no longer in a state of emergency,” DeSantis said while in St. Pete for the signing of the executive order and a related bill.

DeSantis is using his current executive power to terminate the local emergency orders through June, but after that, the termination is made possible by new laws that take effect July 1 in an emergency management bill (SB 2006) passed on the last day of the Legislative Session. The most controversial parts of that law include a vaccine passport ban and limits on local governments to enact emergency orders.

“Emergency orders, these extraordinary measures, at this point are not justifiable,” DeSantis said.

The move makes good on a strategy DeSantis has been pushing most of the pandemic. In interviews and news conferences, he has been contrasting Florida’s open businesses and schools with “lockdown” states. DeSantis issued a stay-at-home order for nonessential workers in April 2020, though he has largely kept Florida open compared to other states.

“We worked very hard, particularly since the summer, to jettison those types of policies, and we focused on lifting people up. We wanted people going back to work. We wanted our kids to be in school,” DeSantis said.

The executive order hinges on a provision in the bill that authorizes the Governor to override any emergency order that “unnecessarily restricts individuals’ rights or liberties.” Democrats interpreted that provision during the bill process as aimed at, among other things, mask requirements.

DeSantis said the emergency orders are no longer needed because enough people in the state have been vaccinated, including 80% of the state’s seniors.

“We have a majority of our adult population (that) has been vaccinated. At this point to people that haven’t been vaccinated is certainly not because a lack of supply or a lack of availability,” DeSantis said.

But businesses, schools or other institutions will not be able to verify those vaccinations due to a vaccine passport ban in the bill. Entities that require proof of a COVID-19 vaccine could get slapped with a $5,000 fine for each affected customer or student under the bill.

“You have a right to participate in society — go to a restaurant, movie, a ballgame, all these things — without having to divulge this type of information. And oh, by the way, you give that to big companies, they are going to absolutely try to monetize that. So, we didn’t want to go down that road,” DeSantis said.

“To be clear, cities like St. Pete, Tampa, Orlando, Miami and Miami Beach, saved Florida and the governor’s behind throughout this pandemic. Can you imagine if each city had been led by Ron DeSantis? How many lives would have been lost? What would our economy look like today?,” Kriseman tweeted.

To be clear, cities like St. Pete, Tampa, Orlando, Miami and Miami Beach, saved Florida and the governor's behind throughout this pandemic. Can you imagine if each city had been led by Ron DeSantis? How many lives would have been lost? What would our economy look like today?

The fine for vaccine passports in the bill is similar to an emergency order signed by DeSantis in early April that makes businesses that require vaccine documentation ineligible for state contracts or grants.

The new laws still allow businesses to make their own rules regarding masks, temperature checks or other protocols.

Vaccination documentation requirements or vaccine passports have become a political flashpoint in the Florida Legislature with Republicans claiming they infringe on a person’s privacy and personal liberties and Democrats saying they will keep the virus from spreading.

Some struggling industries known for crowded corridors like the cruise industry see vaccine requirements as a way to show passengers they will be protected amid declining ridership.