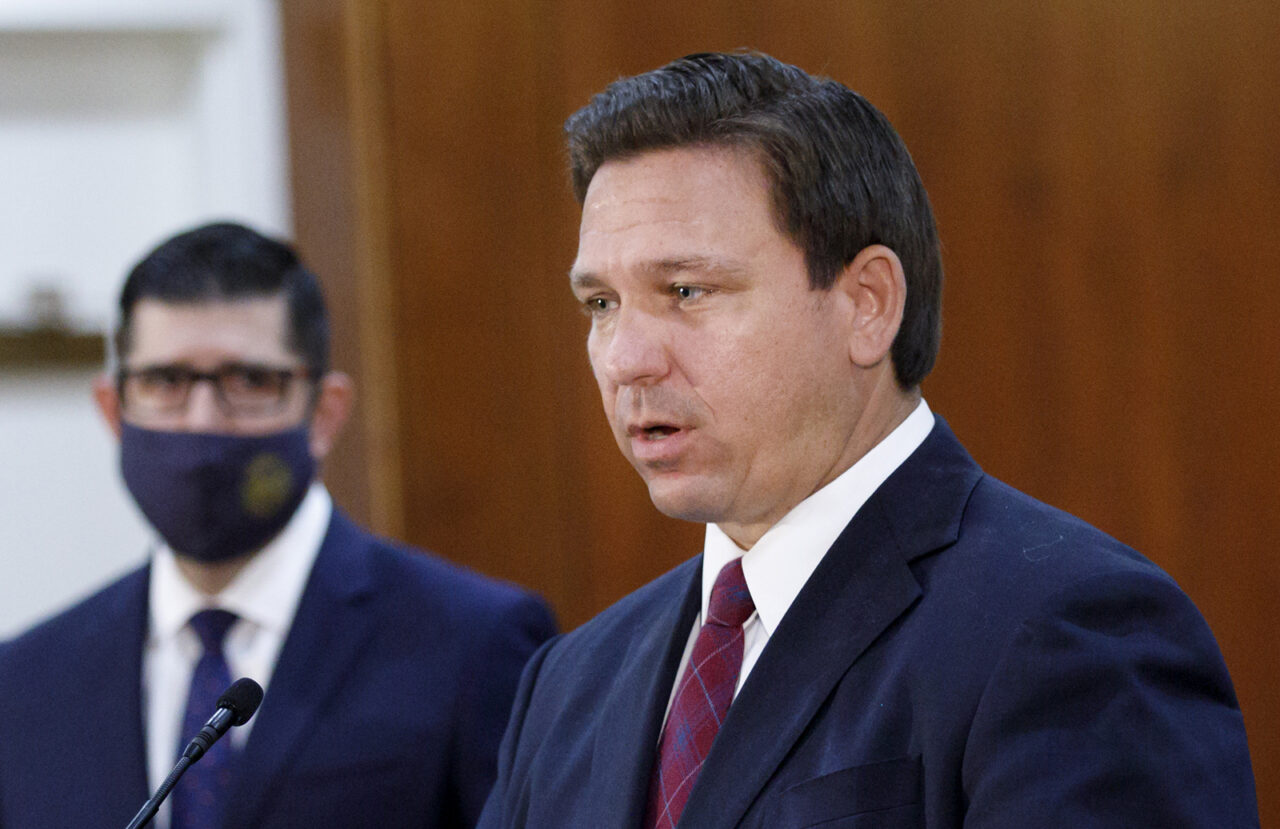 DeSantis has until the end of Tuesday to extend the order in place since March 2020.

Since this story published, DeSantis has since signed an order extending the state’s state of emergency. The following is our original reporting.

Gov. Ron DeSantis has not yet opted to extend the declared “State of Emergency” through Executive Order 20-52. If he does not do so, it will likely have an impact on mask-wearing in your city, county and school district.

For the order to be extended, it must be signed by 11:59 p.m. on Tuesday, April 27. His office has made no announcements nor posted an updated executive order on websites for the State of Florida. But Meredith Beatrice in DeSantis’ communications office noted he has today to make a decision.

Since March 2020, Governor Ron DeSantis has been extending his original emergency order in 60-day increments, declaring a public health emergency.

Declaring a state of emergency activated the state’s emergency operations center and has allowed the state to receive assistance from the federal government. The order has also allowed the Governor to deploy the Florida National Guard to help.

DeSantis had until midnight Monday to extend the year-long emergency order declaring a state of emergency in response to the COVID-19 pandemic. The original order was issued on March 1, 2020, and has continued to be extended in increments of 60 days.

The order facing extension was filed on Feb. 26, and, 60 days later, the clock is ticking down on its renewal. The Governor has remained silent as time winds down.

On Monday, the Department of Health reported 3,513 new known cases of COVID-19 in the state and 66 new deaths related to the pandemic. Since the virus surfaced here last March, a total of 2,212,097 cases have been recorded, including 2,170,655 Florida residents. A total of 35,600 deaths have been tallied by health officials, 34,912 of those Floridians and the remaining 688 visitors who died here.

The latest version of the order continues the declared state of emergency due to COVID-19, and states that “the impact of COVID-19 poses a continuing threat to the health, safety and welfare of the State of Florida and its residents.”

The order also states that as Florida continues to recover, the Governor is “committed to providing all available resources to assist Floridians and local communities with their efforts.”

Under the order, state and local agencies are given leeway to take additional precautions to keep people safe from exposure, like implementing mask mandates.

It has also allowed licensed health care workers certified in other states to practice in Florida — expanding the availability of care.

Not extending the order could also affect those who are filing for unemployment.

On Saturday, the Governor’s Work Search Requirement waiver expired after an extension was not passed. Now, the Department of Economic Opportunity is requiring those filing for unemployment to start showing proof they are searching for a job.

Currently, tens of thousands of Floridians are still missing all of their payments and many other people are experiencing a variety of issues with the CONNECT system, which shut down April 15.

Those looking to claim payments will now have to show proof they’ve applied for at least five jobs per week in the state’s CONNECT system every two weeks. Those who live in counties with less than 75,000 people only have to prove they’re searching for three jobs per week.

A number of local mask ordinances were also tied to the statewide state of emergency and sunset at its expiration.

Over the past few weeks, the state has continued to report higher cases of COVID-19, averaging around 5,000 to 7,000 daily cases.

previousCouncil on Compulsive Gambling lobbies up in advance of Special Session