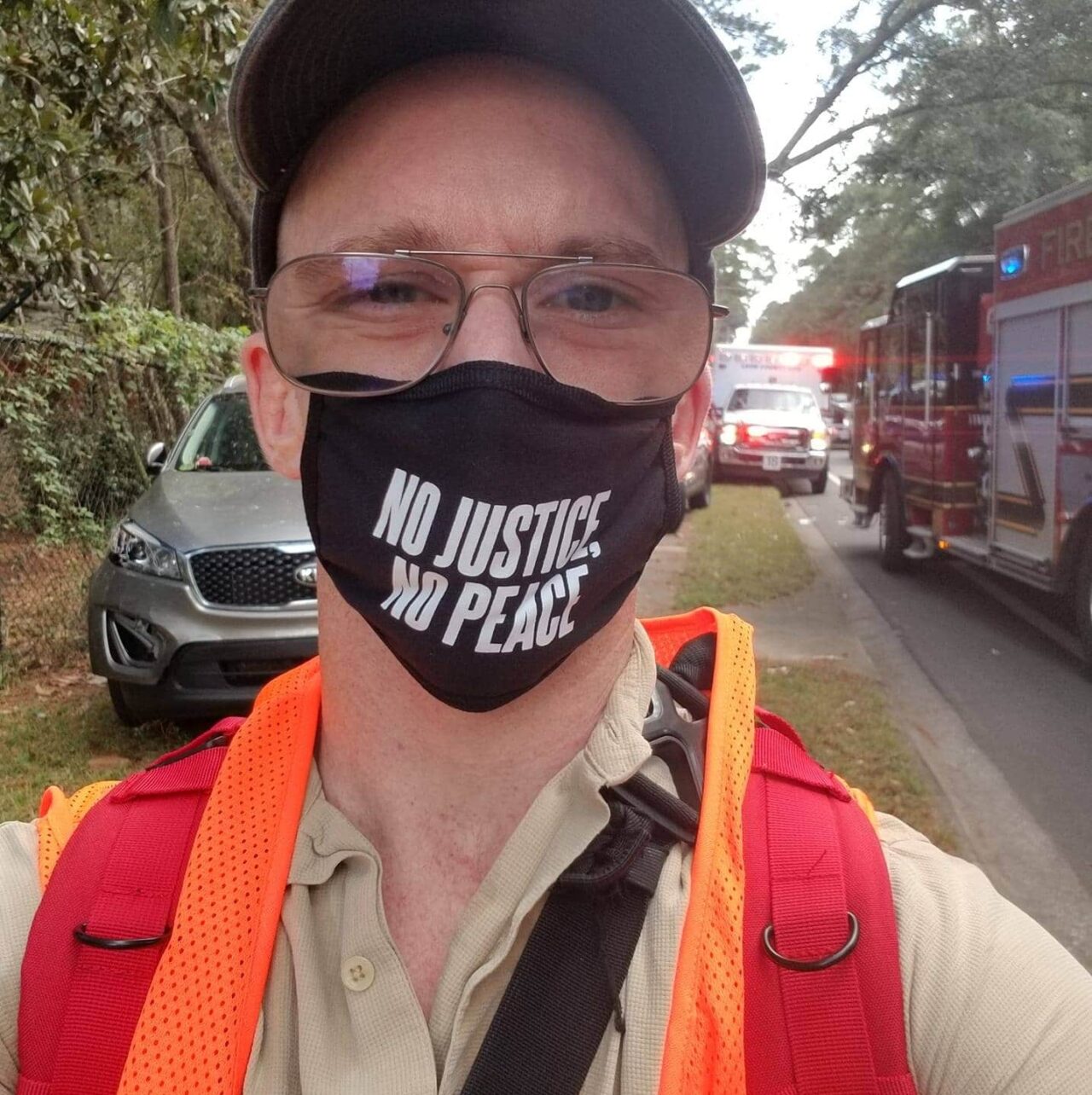 A Tallahassee man who was arrested in January for plotting to violently confront would-be protesters at the Florida Capitol was found guilty Thursday on federal charges.

Daniel Baker, who made online posts about confronting supporters of former President Donald Trump during an expected protest at the state Capitol, was convicted on two counts of sending, in interstate commerce, a true threat to kidnap or injure.

During a trial that lasted about two-and-a-half days, Baker’s defense argued that the series of social media posts that led to his arrest were “jokes.” Federal prosecutors set out to prove that “inflammatory rhetoric” Baker posted online constituted a true threat.

The case centered largely on the content of a flyer that Baker posted to Facebook and other social media sites in January, issuing a “call to arms” for others to join him and “encircle terrorists who attack the Capitol” on President Joe Biden’s inauguration day.

The FBI had been aware of Baker’s social media threats since October, according to court documents.

The posts were made amid heightened security at the state Capitol, with Gov. Ron DeSantis mobilizing the Florida National Guard to assist state and local law enforcement. But the anticipated protest by Trump supporters never materialized.

Repeatedly describing himself as a “leftist,” Baker testified this week that he was attempting to “inspire the community to defend itself, to defend the (Florida) Capitol” and the country after Trump supporters stormed the U.S. Capitol on Jan. 6.

“This is an armed COUP and can only be stopped by an armed community! If you’re afraid to die fighting the enemy, stay in bed and live,” the flyer said in part.

Randolph Murrell, Baker’s public defender, described Baker’s posts as reckless and careless but argued that Baker thought what he was doing was legal and that he wasn’t being serious.

Baker, when questioned by Murrell while testifying, said his posts were “almost exclusively jokes,” aimed at depicting an “ironic parody of a left-wing caricature.”

Baker testified that his posts were not aimed at threatening potential right-wing protesters because his Facebook profile was set to private and he was only communicating with other “leftists” who he had “screened.”

The defense also attempted to downplay prosecutors’ argument that Baker was actively recruiting people to join him in taking up arms against would-be protesters.

But the prosecution countered by arguing that a publicly viewable Facebook event that Baker created, titled “DEFEND TALLAHASSEE,” could reasonably be seen as a threat.

Assistant U.S. Attorney Stephen Kunz pointed to Baker’s prior military training and knowledge of weapons in arguing that Baker “had a means to carry out his threats.”

Baker served in the military for roughly a year until 2007, before receiving an “other-than-honorable” discharge, according to information published by the U.S. Attorney’s Office in January. After being discharged, Baker joined a group fighting in Syria against ISIS and the Turkish government.

Prosecutors displayed social-media messages sent by Baker, in which he claimed to have killed 16 people during his time fighting in Syria.

“I made that up. I was just talking big,” Baker said when questioned about the claim.

Murrell repeatedly cited Baker’s small stature, at 5 feet, 3 inches tall and about 130 pounds, saying Baker suffered bullying growing up and that he “talks tough to offset his size disadvantage.”

But Assistant U.S. Attorney Lazaro Fields said Baker “knew exactly what he was doing because he knew his capabilities.”

Baker appeared to show no emotion following the guilty verdict Thursday. Murrell and friends of Baker who testified in his defense declined to comment on the verdict outside of the federal courthouse.

U.S. District Judge Allen Winsor set a sentencing hearing for Baker on Aug. 16. Court officials said in January that Baker faced a maximum of five years in prison and a $250,000 fine.

When asked Thursday what penalty Baker could face following the trial, Murrell said he hadn’t “figured that out yet.”

nextLast Call for 5.6.21 — A prime-time read of what’s going down in Florida politics