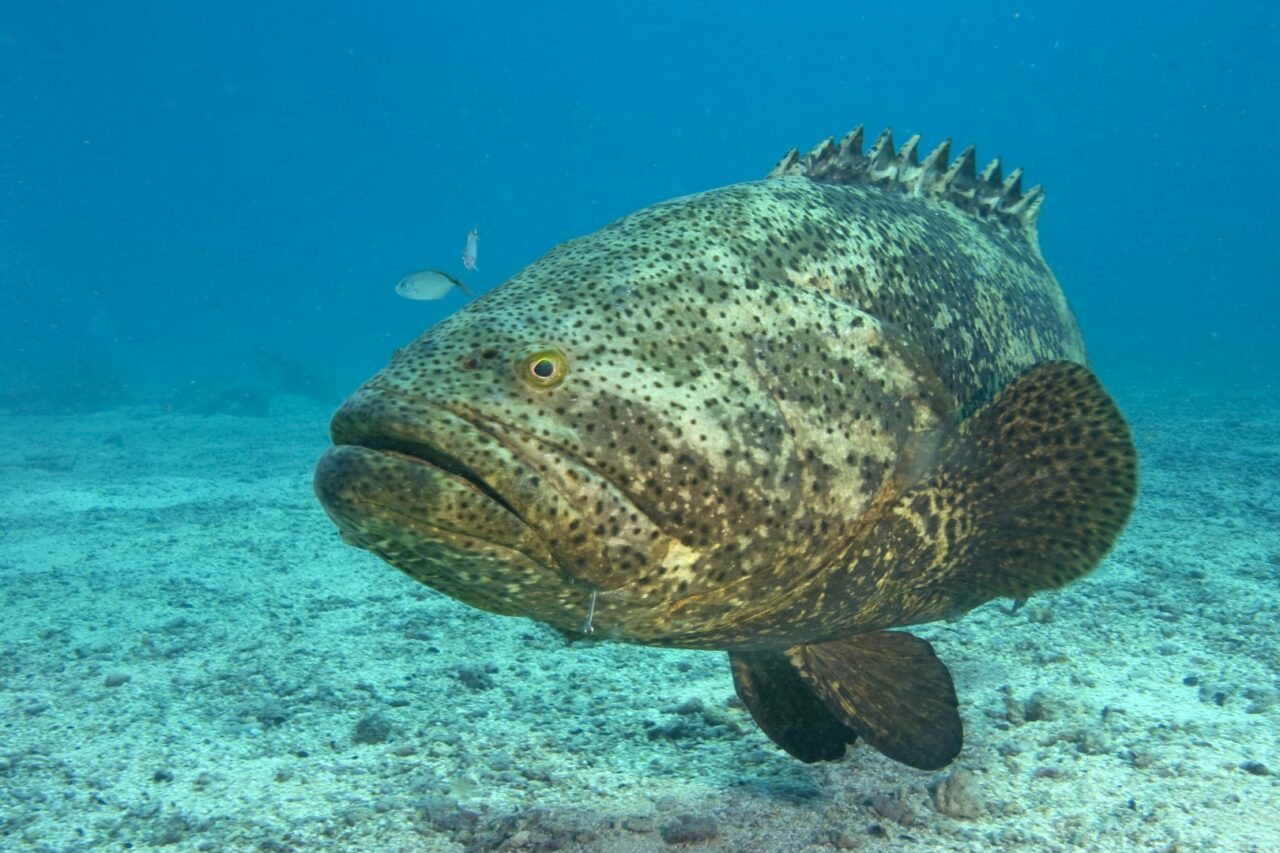 Florida may lift its three-decade ban on catching and killing goliath grouper. Wildlife officials say the coastal fish’s numbers have recovered sufficiently from near-extinction to allow a limited harvest, but the proposal is strongly opposed by environmentalists who say it is still at risk.

On Wednesday, the Florida Fish and Wildlife Conservation Commission will consider a staff proposal to allow 100 goliaths to be caught and kept annually during a four-year period. Supported by fishing groups, the proposal calls for a lottery to issue $300-per-week licenses that allow each recipient to catch and kill one goliath, with proceeds funding research of the species.

The goliath almost died off in the 1980s from overfishing and pollution and is not allowed to be caught in any other state or federal waters.

The fish is a favorite of underwater photographers for its docile demeanor and mammoth size — adults typically weigh 400 pounds (180 kilograms) but can exceed 800 (360 kilograms). While the species’ population is unknown, state officials believe it has grown enough to allow the limited catch.

“Goliath is a recovering stock, becoming more abundant in parts of Florida, especially on artificial reefs,” the commission staff wrote in its recommendation.

That’s a contention disputed by those who oppose lifting the fishing ban. They point to major die-offs over the past decade from cold weather and other causes.

“The (wildlife commission) claims the population is growing, but that is just not possible,” said Christopher Koenig, who, along with his wife, Felicia Coleman, has studied goliaths for almost 30 years. Koenig and Coleman are both retired marine biologists with Florida State University.

Coleman also points out that the goliath contains high levels of neurotoxin methylmercury, making it dangerous to eat, particularly for children and pregnant women.

“Why would you open? You are endangering people,” she said.

The goliath once ranged over a wide swath of ocean territory, from the Carolinas to the Caribbean and the Atlantic Ocean off Brazil, but its numbers dropped sharply starting in the 1960s. By 1990, when Florida banned its catch, it was almost gone.

First, it was overfished — the goliath is easy to catch, living in known locations and spawning at specific spots. Florida’s proposal would prohibit catching the fish at spawning sites and during spawning season, which lasts from July to September.

Also, the goliath’s first six years are spent hiding among mangroves, trees that grow in shallow coastal waters. Many mangroves have been lost to development and pollution, limiting where juveniles can grow.

Today, the goliath is found mainly off South Florida. Adults live in reefs and shipwrecks, digging holes that provide hiding spaces for other fish.

A limited harvest “would provide a unique recreational fishing opportunity in Florida,” the wildlife commission staff wrote. In 2018, the commission, which then had five of its current members, pushed aside a similar proposal.

The proposal limits the size of goliaths that could be killed to a range of 4 to 6.5 feet (1.2 to 2 meters) and 70 to 200 pounds (32 to 90 kilograms) — that’s a young adult of 7 to 10 years. Outside that range, they would be released, just like all goliaths caught now are supposed to be, though poaching is a problem. Goliaths have a life span of 35 years or more.

“The fishery looks healthy, and there should be some kind of harvest open to recreational fishermen,” Aukeman said. A limited catch would provide scientists with samples to ascertain the species’ health, he said.

Aukeman agrees methylmercury is an issue, saying his group advocates lowering the minimum and maximum size at which the goliath can be kept. Those younger fish would be less likely to be toxic and could be eaten.

“I don’t believe they should be caught just to get a picture — they need to be used,” Aukeman said.

But Koenig and Coleman say the goliath’s future is too precarious to allow any harvest.

They argue that the fish’s numbers remain below historic levels and appear to be plateauing or decreasing, and that it is susceptible to mass die-offs. One danger is that juveniles under 6 years are vulnerable to frigid weather — Koenig and Coleman say a prolonged cold snap that hit South Florida in 2010 killed 95% of that age group.

All ages are susceptible to red tide, a toxic algae bloom that spreads over massive areas. Outbreaks occur naturally but are also spurred by fertilizer runoff and sewage.

Instead of catching goliaths, Harvest opponents say Florida should use the fish to lure scuba divers to the state. A 2016 University of Miami survey of out-of-state divers showed they would pay more than $300 for an outing to a goliath congregation site, not including what they would spend for hotels, restaurants, and other area establishments.

Gerald Carroll, who owns a Palm Beach County dive center, said trips to see goliaths account for 25% of his revenue. They are popular with divers because they don’t flee, and with guides, they stay at the same reefs and wrecks.

“It is very easy for us to arrange trips to go see them, and when we jump in the water, even if there are 10 or 15 divers, they don’t get scared away,” Carroll said.