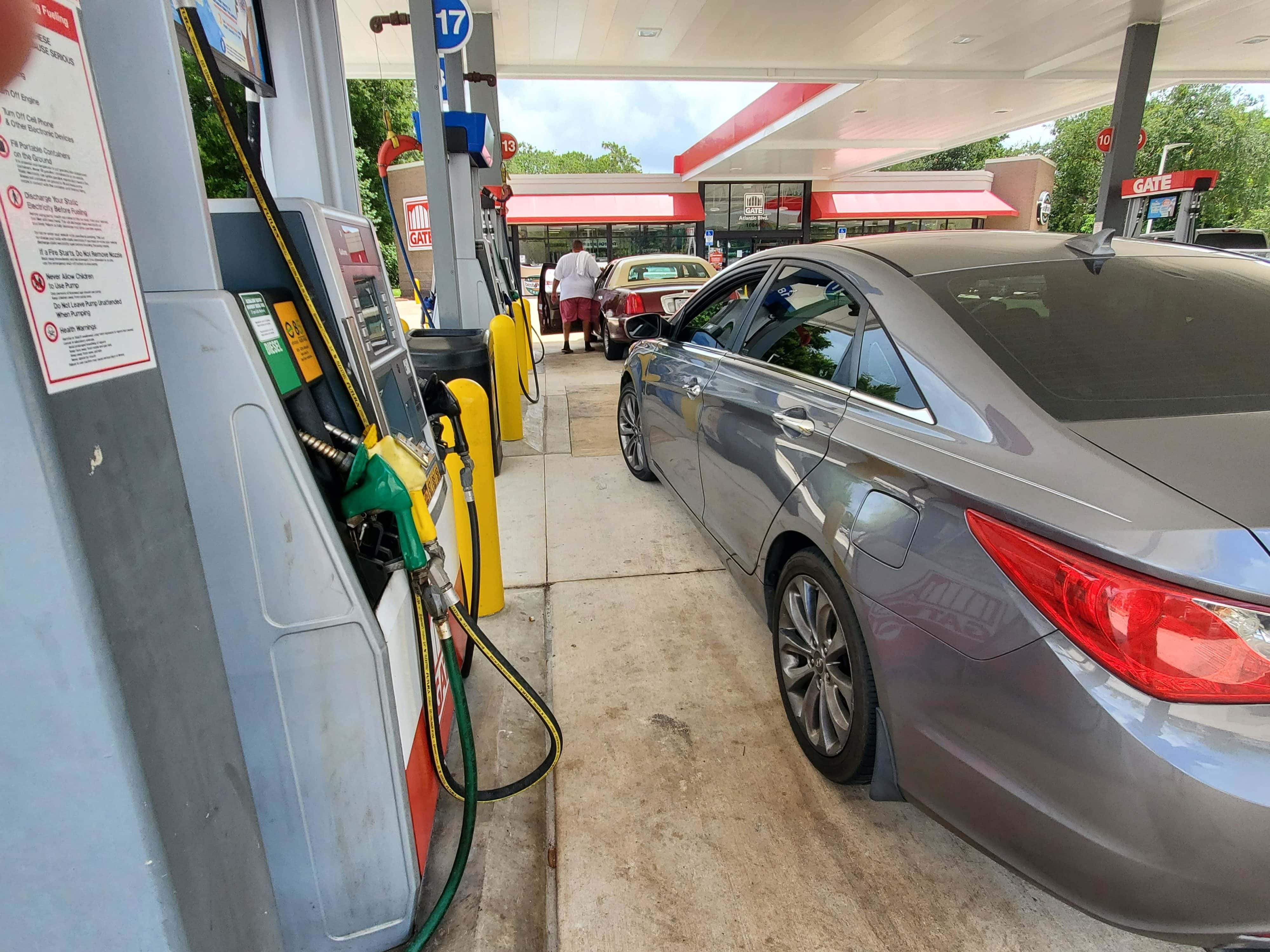 But according to the U.S. Commerce Secretary, the federal government is already involved.

Gov. Ron DeSantis is weighing in on a cyberattack against a major pipeline that is leading to some fuel shortages in the Southeast and mid-Atlantic regions with ripple effects in North Florida.

The pipeline that supplies the East Coast with 45% of its fuel was shut down after a ransomware attack. Since then, Floridians have flocked to gas stations to top off their tanks in a panic. There is no national gas shortage, but gas can’t get where it’s needed because of the pipeline is closed.

DeSantis gave his comments while he was in Jacksonville for a press conference about school choice legislation.

“My fear is you have these gas shortages, it’s going to cause a lot of problems for people, just the convenience of life, but also for our economy,” DeSantis said.

The pipeline, which is owned by Colonial Pipeline, runs from Texas to New Jersey. Its shutdown should have had no effect on Florida’s gas supply because the peninsula mostly gets its gas shipped directly to the state’s ports. But that didn’t matter to some Floridians who joined long lines, sometimes wrapping the block, to fill up.

“It’s basically a problem that’s being created by the drivers themselves,” said Mark Jenkins, a spokesperson for AAA the Auto Club Group, which has been following the situation in Florida.

“We’re monitoring this cyberattack that happened on the pipeline. That pipeline, of course, is not in Florida, but it impacts communities in Florida, particularly the northern part of the state,” he said.

Fuel shortages have been reported across the Panhandle including in Pensacola, Panama City and Tallahassee.

DeSantis seemed to indicate he thinks the federal government should be doing more to help the Colonial Pipeline operator fix the issue.

“I think this is something that demands really serious federal attention. This was essentially a cyberattack on critical infrastructure in our country,” DeSantis said. “You can’t just say it’s a private pipeline therefore, we’re not going to be involved. No, the U.S. government needs to be involved. They need to help mitigate this.”

But the federal government is involved, according to statements made by Commerce Secretary Gina Raimondo Sunday on CBS’ “Face the Nation.”

“It’s an all-hands-on-deck effort right now,” Raimondo said. “And we are working closely with the company, state and local officials to make sure that they get back up to normal operations as quickly as possible and there aren’t disruptions in supply.”

Raimondo said she will work “very vigorously” with the Department of Homeland Security to address the problem, calling it a top priority for the administration.

She said President Joe Biden was briefed on the attack.

The U.S. Department of Transportation issued a regional emergency declaration Sunday, relaxing hours-of-service regulations for drivers carrying gasoline, diesel, jet fuel and other refined petroleum products in 17 states and the District of Columbia. It lets them work additional or more flexible hours to make up for any fuel shortage related to the pipeline outage.

Florida was included in the regional declaration.

Colonial Pipeline has said it expects to restore a substantial amount of operations by the end of the week.