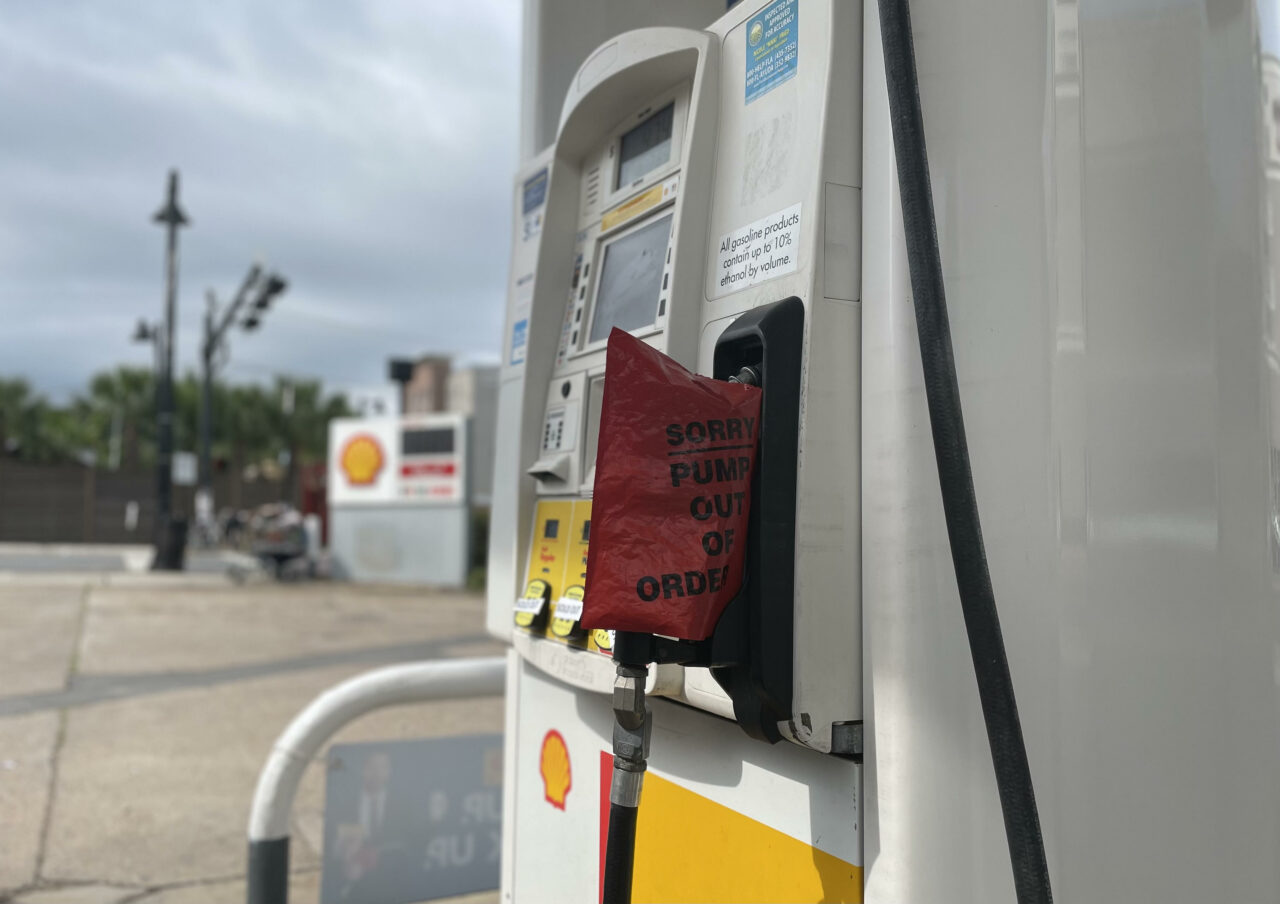 After a cyberattack shut down a gas line out that runs from Texas to New Jersey, Floridians flocked to gas stations to top off their tanks in a panic.

The pipeline shutdown should have had no effect on Florida’s gas supply because the peninsula mostly gets its gas shipped directly to the state’s ports. But that didn’t matter to some Floridians who joined long lines, sometimes wrapping the block, to fill up.

“It’s basically a problem that’s being created by the drivers themselves,” said Mark Jenkins, a spokesperson for AAA the Auto Club Group, which has been monitoring the gas shortage in Florida.

Jenkins said he had heard reports of fuel shortages across the Panhandle including Pensacola, Panama City and Tallahassee.

“Consumers should avoid hoarding gas or topping off mostly full fuel tanks to help lower the temperature on the panic buying that could create unnecessary fear and over consumption of fuel,” Mason wrote. “Please be mindful of your fellow Floridians and only purchase fuel when you need it.”

Jenkins explained that Florida’s gas supply doesn’t come from the affected pipeline, which delivers gas through states north of Florida, from Texas to New Jersey.

“Florida’s gasoline supply largely comes from ships, vessels that sail in from refineries in the Gulf of Mexico. They deliver gasoline to our ports, and then that gasoline is driven over from those ports to the gas stations themselves,” Jenkins said.

That means the situation greeting drivers running on empty like Tallahassean Macy Harper was avoidable.

“I waited there for 35-40 minutes and every gas station (pump) had at least seven cars behind it,” Harper said.

Harper drove to seven gas stations during her search for gas that started Monday night and continued into Tuesday morning before she finally found some.

Jenkins said gasoline sales in affected regions of the state are two to three times the normal pace. Layla Mahdavih, who manages a Sunoco station on the corner of West Gaines Street and Railroad Avenue, noticed the influx.

“It was like a surge all the sudden. It was like everybody got a multi-text saying ‘go get gas,’” Mahdavih said about a gas buying frenzy that hit her station Monday evening.

“Within two hours we had already sold like 500 gallons,” she said.

Mahdavih has worked at that gas station for more than a decade. She said the last time she remembers a gas frenzy like this was in 2010 after the BP Deepwater Horizon oil spill.

Not knowing when the gas will come back, some drivers in Tallahassee filled up gas cans in addition to their cars.

“You see people filling up empty gallons and, mind you, there’s a line 10 cars behind them and they don’t even care,” Harper said.

“They don’t care they’re filling up empty tanks,” Harper said. “It was a little bit maddening, I’m not going to lie.”

Maddening because Harper wasn’t sure when the gas at Tallahassee stations would be replenished.

“Tallahassee’s just a quiet little town. So, who knows when people are going to remember about us and remember to help us,” Harper said.

But Jenkins said gas deliveries are on their way.

“Also hearing reports that there are trucks that are driving over from Jacksonville to make gasoline deliveries there and Tallahassee. So, you know, gasoline is still rolling in,” Jenkins said.

In the meantime, gas prices could shift. The current average price of gasoline in the state is $2.88 a gallon, but Jenkins noted, “gas stations are able to charge whatever they want at the pump unless there’s a state of emergency declared.”

The state is still under a state of emergency from the coronavirus pandemic but that would not apply to this fuel shortage.

Gov. Ron DeSantis weighed in on the issue during a press conference in Jacksonville Tuesday.

“My fear is you have these gas shortages, it’s going to cause a lot of problems for people just the convenience of life but also for our economy,” DeSantis said.

The U.S. fuel pipeline that was attacked is operated by Colonial Pipeline. The 5,500-mile pipeline came under a ransomware attack, announced on Sunday, that forced the company to shut down its fuel network.

Colonial Pipeline has said it expects to restore a substantial amount of operations by the end of the week.

nextFlorida Watch pops Gov. DeSantis for 'middle of the night' $1B tax hike