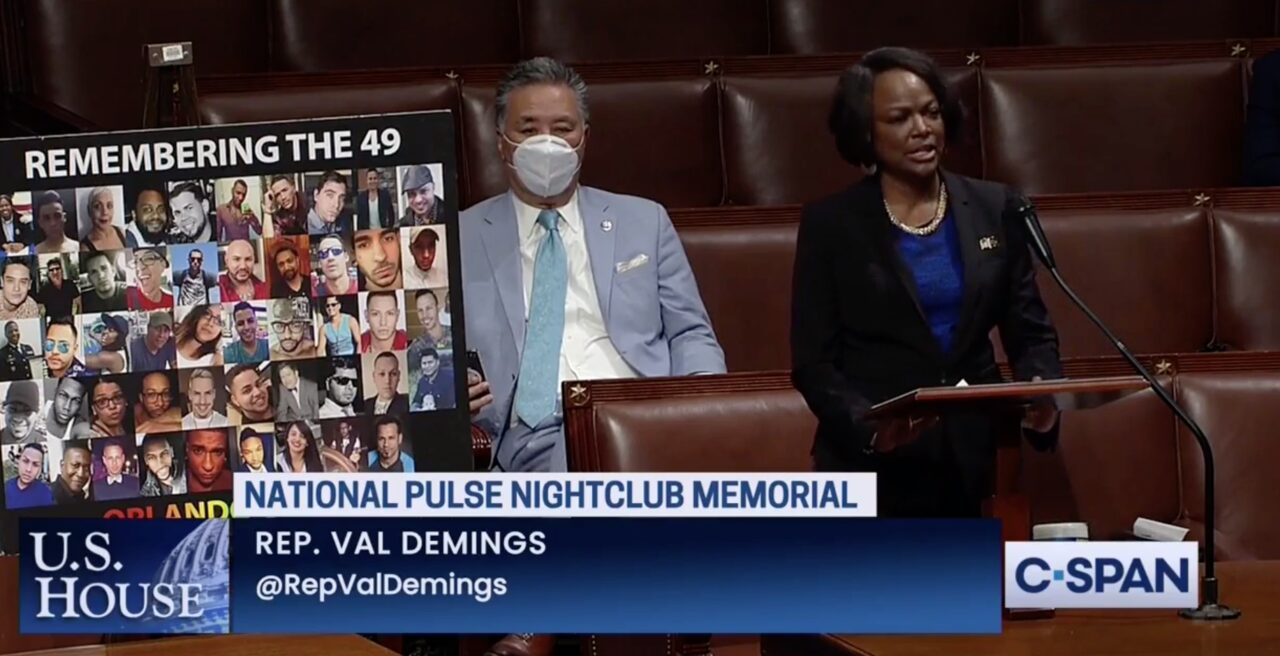 A resolution to designate the planned Pulse Memorial and Museum in Orlando an official national monument was approved again Wednesday by the U.S. House of Representatives.

House Resolution 49 is the 117th Congress’s version version of a bill that was approved last spring in the 116th Congress. That measure, however, died last year, as neither of Florida’s U.S. Senators got behind a Senate version to push it to adoption there.

This year, Sen. Rick Scott intends to introduce the Senate bill as soon as Thursday.

“‘Orlando Strong’ is more than just a slogan,” said Demings, whose Orlando-based district includes Pulse, just south of downtown Orlando. “It is a promise to support each other and to never forget those we lost and those who were injured on that tragic night. By establishing Pulse as a national memorial, we will honor their memories and remind ourselves of that promise.”

With Wednesday’s approval in the House, the federal declaration is lining up for the possibility of final approval on or around the fifth anniversary of the Pulse nightclub massacre in Orlando, June 12. That mass shooting at the popular gay nightclub left 49 people dead and 53 people wounded, yet united the Orlando community, as well as the national and international LGBTQ communities, in calls for healing and a dedication to see love win over hatred.

The onePULSE Foundation, a nonprofit organization established by Pulse owner Barbara Poma and others, is developing a National Pulse Memorial & Museum. The permanent memorial would be built around the Pulse nightclub, which currently is the site of an interim memorial that draws numerous people. The plans also include a towering museum and education center dedicated to victims, survivors, and first responders.

HR 49 would give the permanent memorial and museum national designation as a federal memorial.

Most national memorials are owned and run by the U.S. National Park Service, but some are not, allowing them to raise money through public or private grants and to be independently operated. HR 49 would leave full control over it to the foundation. The designation would not require any federal funds.

On Wednesday, Demings, Soto, and Murphy all made pitches for the designation on the House floor.

“It would honor the 49 lives taken on June 12, 2016, as well as the survivors, the first responders who so heroically came to the rescue of so many others, and the entire Central Florida community. Together we will open minds and hearts. We will make the Pulse memorial a national symbol of hope, love and change,” said Soto, whose Kissimmee-based district includes south Orlando.

“We owe it to those we lost to honor their memories by dedicating a national memorial at Pulse, a memorial that reflects the same love, acceptance and spirit of community that embodied the victims, and that embodies the LGBTQ community at large; a place of healing for the survivors and all those affected,” said Murphy, whose Winter Park-based district includes downtown Orlando. “With this important step, America is telling the world that we will never let hate win.”

nextGov. DeSantis calls on feds to do more about gas shortage, pipeline hack