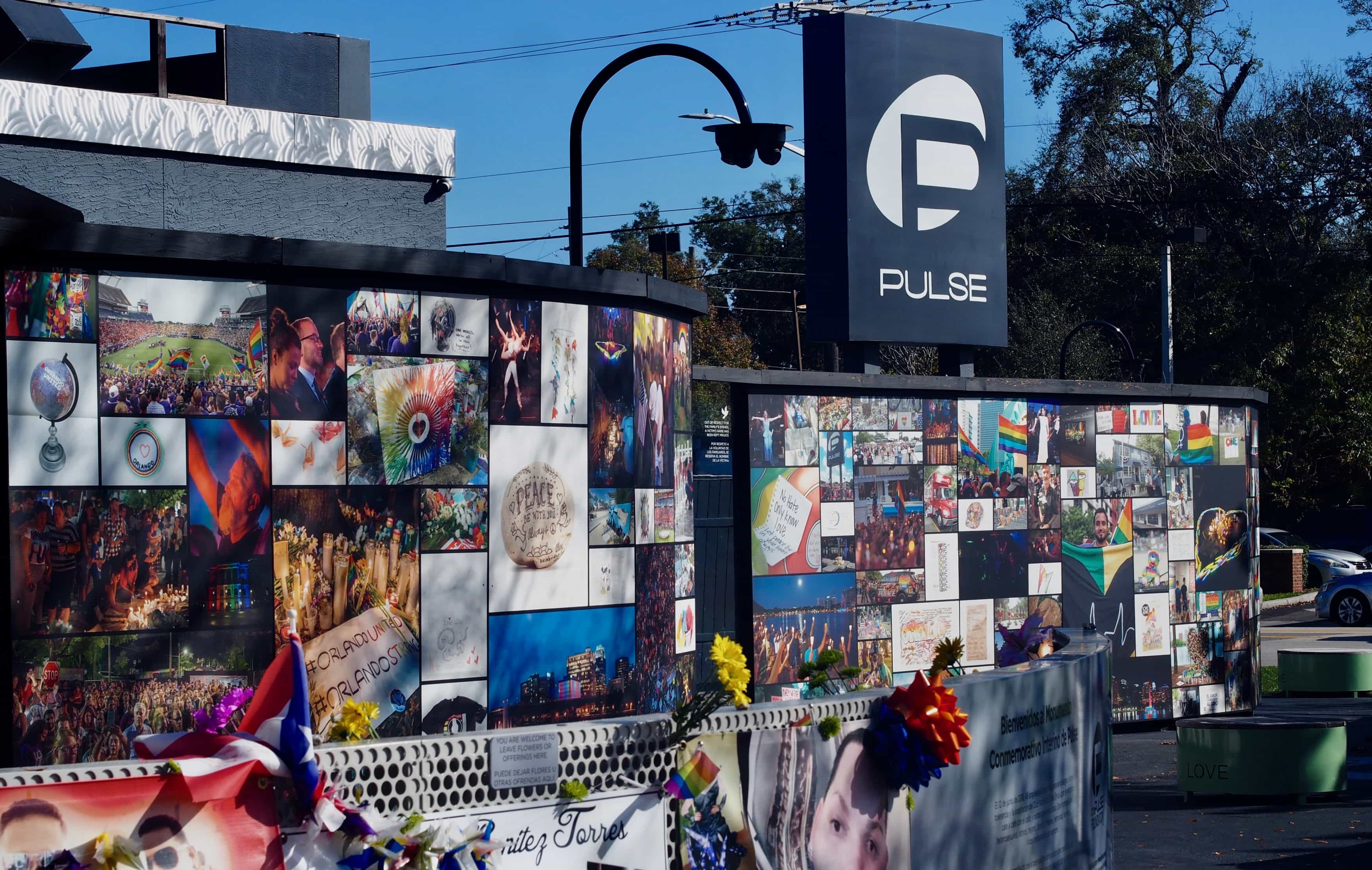 Love in the time of COVID.

With the coronavirus crisis making this year’s Pulse memorial ceremonies impossible Friday, organizers are putting together a virtual remembrance event not just for Orlando, but for the world.

Friday is the fourth anniversary of the tragedy at Pulse, when a gunman spewing hatred for gay people and allegiance to ISIS turned the popular gay nightclub celebrating LatinX night into the worst mass murder scene America had seen in modern times.

But in the time of COVID-19, gatherings of thousands of people, held in past years at the Dr. Phillips Center, Lake Eola Park, and the grounds of what is now an interim Pulse tragedy memorial, cannot be held.

Instead, onePULSE Foundation, a not-for-profit organization established by Pulse owner Barbara Poma and others following the June 12, 2016, tragedy, is organizing a 7 p.m. virtual remembrance ceremony.

In addition, Gov. Ron DeSantis ordered flags at half-staff Friday and issued a proclamation asking Floridians to pause for reflection at 9 a.m.

“One of the special remembrances that has happened every year during the Remembrance Ceremony is the appearance of the rainbow over Orlando,” onePULSE Board Chairman Earl Crittenden stated in a news release. “A fitting and miraculous tribute to the 49 Angels. The foundation is encouraging everyone to ‘Be the Rainbow’ this year and to embody the essence of love, hope, unity, acceptance, courage, and strength.”

The pre-taped ceremony can be seen at 7 p.m.  on the onePULSE Foundation Facebook page and YouTube Channel.

“June 12 is a mix of emotions. It is grief over the lives that we loss. It is pain over the continued trauma that lingers. And it also is a moment of reflection, on what kind of legacy that we can leave behind for the victims, said Pulse survivor Brandon Wolf, now a spokesman for Equality Florida.

Wolf noted it will be difficult to replace the sense of communion that has underlain memorial ceremonies the past four years.

“Gathering as a community has always been a really important part of the remembrance of Pulse, so I think it is painful not to be able to do that,” Wolf said.

“June 12 is always very painful here in Central Florida because of what we went through four years ago. But it’s especially hard now with COVID-19 just making people feel even more physically and emotionally isolated and there is so much pain around the murder of George Floyd,” Smith said.

“I think they made the right decision,” he added. “The organizers of this remembrance decided early on in this pandemic, it was in the best interests of this community to have a virtual remembrance. I hope that the strength that people pulled from being with others during the annual remembrance is still as impactful with the virtual event.”

Smith expressed concern for two Pulse items in the proposed 2020 state budget that he said he urges DeSantis to protect.

DeSantis now is combing the budget for line-item vetos to save money, as he struggles to reconcile it to the likely large drop in state revenue due to the coronavirus crisis. There is $680,000 dedicated to supporting the permanent Pulse Memorial and Museum now being planned by onePULSE Foundation, to which DeSantis pledged support on last year’s Pulse memorial date. There also is $50,000 for the Orlando United Assistance Center, which provides assistance to survivors, families and others impacted by the Pulse tragedy.

“Now is not the time to eliminate resources for them, they are very vulnerable,” Smith said.

That leads to the reality that Pulse is not just a memorial to the lives impacted by the tragedy, but a touchstone of hope and activism on behalf of equal rights sought by the LGBTQ community. Pulse very much is a universal memorial to pain, suffering, love, unity, and hope. But it has a more central symbolism to the gay community that took the brunt of the massacre. Wolfe said he owes it to them to push for a legacy, through Equality Florida and elsewhere.

Also this week, Equality Florida announced a statewide effort to encourage and assist LGBTQ people to get out and vote.

The effort, he said, “really is in honor of the lives of my best friends, you know fighting for a world I think they would have been proud to live in.”

“I’m happy to see that Gov. DeSantis issued his proclamation, and he also asked for flags to be flown at half-staff. That’s important and it’s a symbolic gesture that’s appreciated. But we need action, and action in the form of real protections for LGBTQ people in this state,” Smith said. “So we would encourage the Governor to issue an executive order to protect LGBTQ people from discrimination, and perhaps also acknowledging the LGBTQ Pride Month. It’s a very important time for our community, and being acknowledged by the Governor would go a long way.”