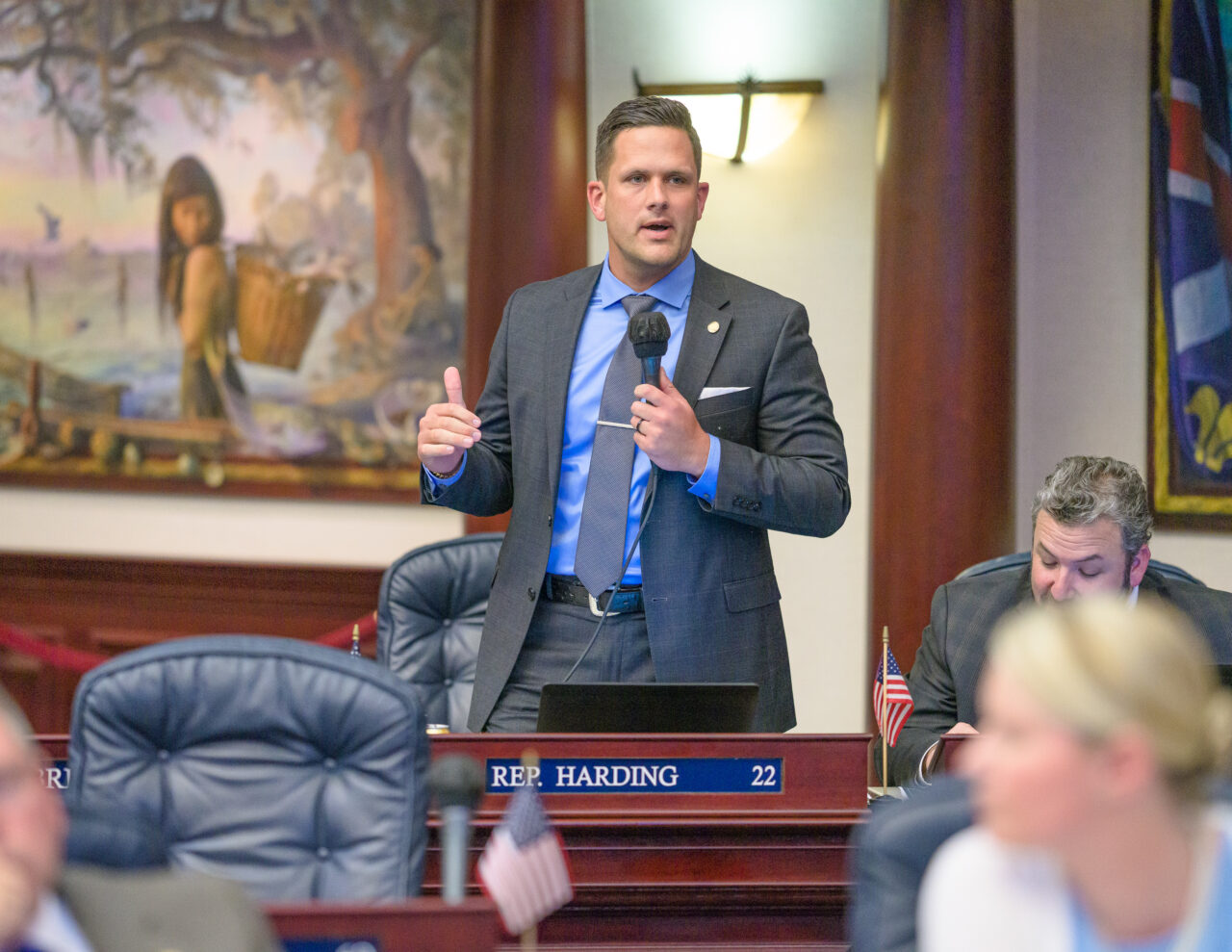 Partisan politics may have hijacked new laws for newborn surrenders, but Harding said he'll bring it back.

Rep. Joe Harding says he’s not “your typical politician,” which is just what a politician would say. But in some ways, he might have a point.

The small-town Republican comes to Tallahassee by way of Williston, a town in Levy County with a population of around 3,000. Harding owns a landscape and construction business and describes his background as “very blue-collar.”

Harding expects to have four of his sponsored bills from the 2021 Session signed into law. One preempts local regulations of occupational licensing, another makes changes to the state’s workforce and post-secondary programs. A third bill updates fire sprinkler regulations, and the fourth is a local bill that makes changes to the Homosassa Special Water District.

Harding said he uses a conservative lens to decide what legislation to support. In a post-Session interview with Florida Politics, Harding said he wants to “hold local governments accountable, defend life and protect constitutional rights.”

Despite holding staunch conservative values, Harding said he still talks to the other side.

“We should be comfortable and surround ourselves with people we disagree with, and I think that is currently lost in the partisan world,” Harding said, citing a good relationship he has with progressive Orlando Rep. Anna Eskamani. Eskamani, in a text message, backed up Harding’s characterization of their relationship.

Harding said his behind-the-scenes interactions with members are usually friendly.

“If there were cameras in the members’ lounge, I think there would be a lot of people that would have a lot of hope for our political process, but instead they, a lot of times, see the theater of politics,” Harding explained.

Despite the member lounge camaraderie, Harding’s outspokenness has at times led to Twitter spats, like the one he started last week with Democratic Rep. Carlos Guillermo Smith over the transgender athlete ban.

“We probably have some work to do now,” Harding acknowledged of his deteriorated relationship with Guillermo Smith.

But Harding says his outspokenness is driven by passion, and it’s that passion that allows Harding to wade into hot-button issues like a controversial bill he sponsored that would change the surrender process for newborn infants.

“The well-being of children is something that I’m really, really passionate about,” said Harding, who is one of 11 children, a father of four and an uncle 60 times over.

The bill, which passed the House but not the Senate this Session, would have increased the time a new mother has to drop off her baby at a safe haven from seven days to 30, and it would have put a “baby box” – a temperature controlled secure place to put a baby – outside safe havens, such as a fire station.

The bill received pushback from some members who said the new laws would encourage a mother to anonymously surrender her baby rather than surrender the baby in a more formal way where the mother can also be offered counseling or other services that might result in her keeping the infant.

But Harding said he also thinks the bill got caught up in partisan rhetoric.

“Both sides do it. We say things like pro-life or constitutional rights or individual liberties or whatever the catchphrase is, and we immediately go to this partisan place,” Harding said.

“For me it’s about defending life at all stages,” Harding said of his view of the term pro-life. “Because we’re trying to defend that most vulnerable life, and it’s really helping that mother as well.”

Harding, who said he will be running the bill again next Session, said the baby box was never intended to be the primary way mothers should surrender an unwanted newborn, but the option is needed in the hot, humid Sunshine State. Since 2000, 62 infants are known to have been unsafely abandoned in Florida and 32 of those infants died, according to staff analysis of the bill.

“We’re a hot, humid state and if people are getting left in a Dumpster or a trash can, it’s horrific to talk about, but it’s a reality. And every one of those stories is different than the other,” Harding said.

In Harding’s rural district, the story is usually about drug abuse. Every 25 minutes a baby is born with drug withdrawal symptoms, according to the Agency for Health Care Administration. Harding said a hospital in his district in Marion County reported 35% of babies born in its maternity ward were born substance exposed.

“When you look for ideas of bills to run, that is hopefully what you should look to, your personal experience,” Harding said, “My personal experience and the connection to my community has really been the driver for what I’ve tried to run.”