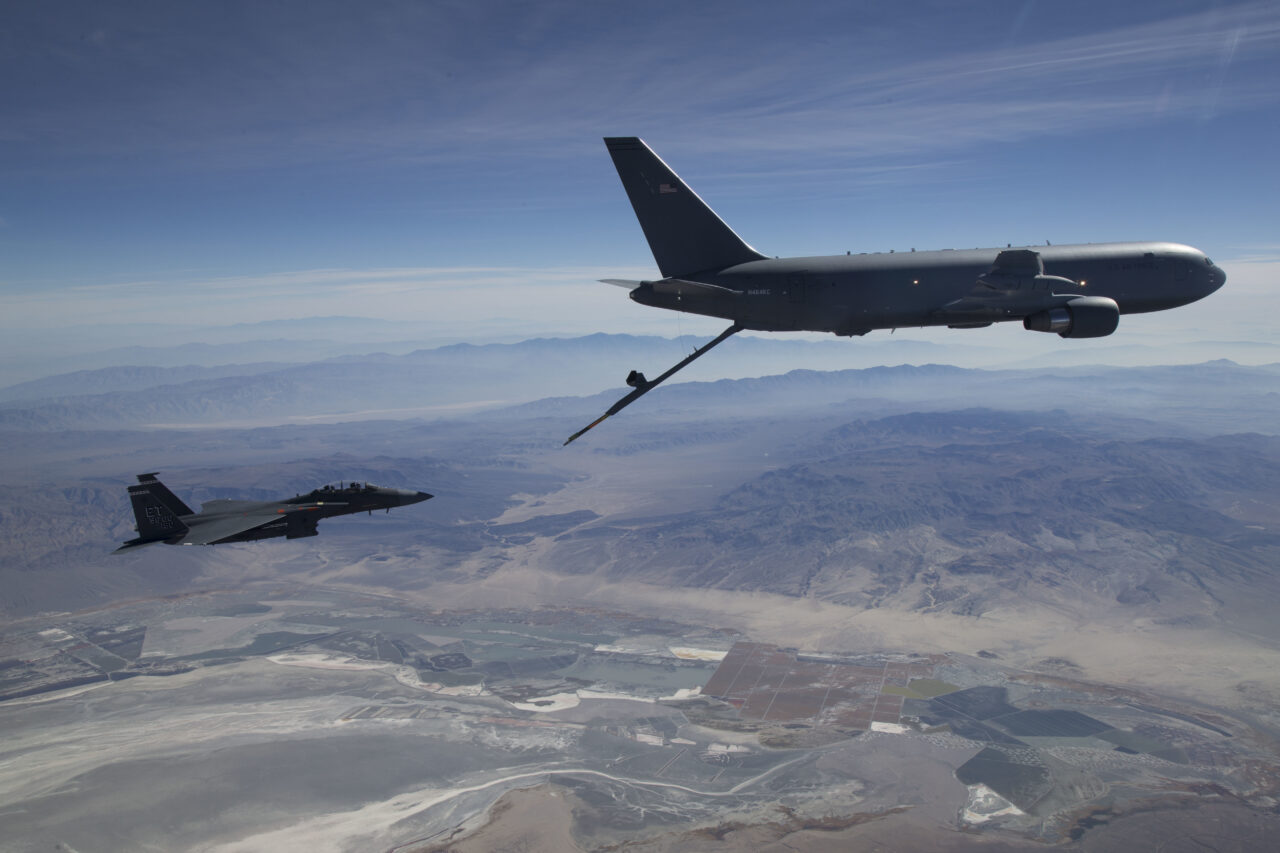 MacDiill Air Force Base could be home to a new tanker aircraft.

The base was named one of two finalists under consideration for KC-46A jets, according to the Air Force Times. If selected, 24 of the new aircraft will replace KC-135 Stratotankers at the base now.

The only other active duty base in competition for the jets is Fairfield Air Force Base in Spokane County, Washington. One of the two will house the KC-46 Main Operating Base.

“The KC-46 is a next generation tanker aircraft, and locating the planes and personnel at MacDill would be an ideal choice,” said U.S. Rep. Kathy Castor, a Tampa Democrat whose district includes MacDill. “We do not have encroachment issues like other bases, and have well-paved runways, capacity in our hangers, and accessible refueling areas. MacDill would make logistical and financial sense.”

MacDill also plays a major role in the Air Force as the headquarters for U.S. Central Command.

“Tampa is a ‘tanker town,’ and we intend to keep it that way,” Castor said. “Our neighbors are united in support of the missions and military service members at MacDill. MacDill is a major economic engine that generates over $4.1 billion a year for our local economy, protects and defends our nation, and is the home to thousands of brave men and women in uniform and their families. In the days ahead, just like we did when MacDill had previously been considered for upgraded tankers and additional KC-135s, community leaders will make our case to the Air Force to locate the new tankers in Tampa sooner rather than later.”

The Air Force will name its top choice this fall.

Six other non-active duty bases are separately competing to have tanker aircraft located there: Beale AFB and March Air Reserve Base in California; Grissom ARB in Indiana; Niagara Falls ARB in New York; Tinker AFB in Oklahoma; and Joint Base Andrews in Maryland.

Site surveys will be conducted at finalist bases this summer, according to the Air Force.

The Air Force describes the tanker aircraft as follows: “The KC-46A is the first phase in recapitalizing the U.S. Air Force’s aging tanker fleet. With greater refueling, cargo and aeromedical evacuation capabilities compared to the KC-135, the KC-46A will provide next generation aerial refueling support to Air Force, Navy, Marine Corps and partner-nation receivers.”

previousJoel Greenberg to plead guilty to sex trafficking of a child, 5 other felonies