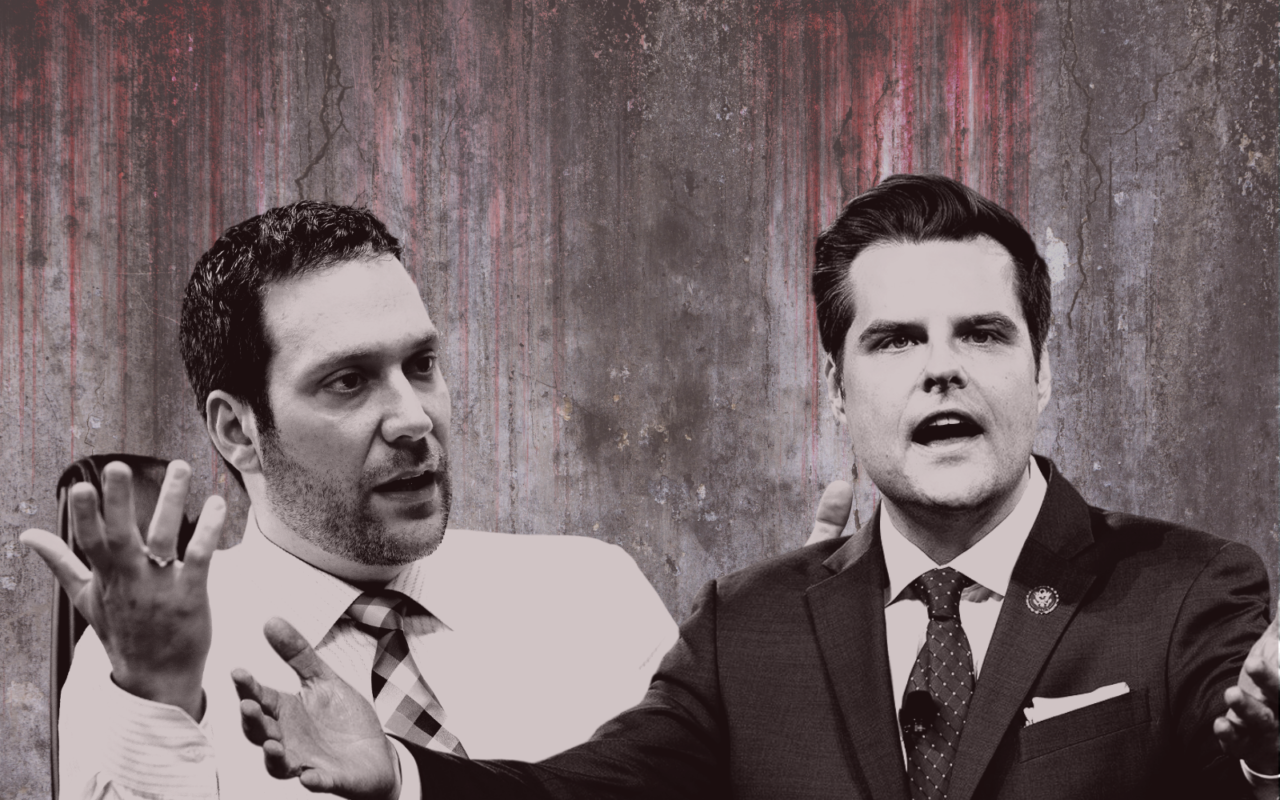 A 2019 GOP fundraiser in Orlando was the site of a wild after party for U.S. Rep. Matt Gaetz, who, two witnesses say, followed the event with an evening featuring a paid escort and a cocaine-fueled soirée, according to a Daily Beast investigation.

The Daily Beast, which spoke to sources familiar with the matter and obtained corresponding government records, reported that the Congressman hosted the after party in his hotel room at the Westgate Lake Resort in Orlando on Oct. 26, 2019, following the “Trump Defender Gala” fundraiser. Gaetz was the event’s featured speaker.

Gaetz wrote off his hotel stay that night as a campaign expense, according to records from the Federal Election Commission, meaning his donors picked up the tab for the supposed hotel room bash.

The woman who accompanied Gaetz that night was Megan Zalonka, who has significant ties to former Seminole County Tax Collector Joel Greenberg, according to the Daily Beast. Greenberg, a close friend and political ally to Gaetz, will identify her to investigators as one of more than 15 young women Gaetz paid for sex, a source familiar with the investigation told The Daily Beast.

While The Daily Beast could not confirm if Gaetz and Zalonka had sex that night, two sources told the news outlet that the pair had an ongoing financial relationship in exchange for sex. Gaetz has repeatedly stated that he has “never paid for sex.”

But, federal investigators are exploring Greenberg’s alleged role as Gaetz’s go-to for arranging paid sexual encounters, three sources familiar with the matter told The Daily Beast. Greenberg is slated to plead guilty on Monday to six federal felonies and is expected to cooperate as a witness against his former wingman.

So, who is Zalonka, and what exactly is her relationship to the duo?

Zalonka, an amateur fashion model and communications director for the American Medical Marijuana Physicians Association, is accused of receiving somewhere between $7,000 to $17,500 for a taxpayer-funded, no-show job set up by Greenberg, according to The Daily Beast investigation.

Greenberg paid Zalonka $4,000 on Venmo during his first year in office in 2017 — mostly in $500 installments, according to The Daily Beast. In the description field of the payments, Greenberg attributes the funds to various items, including “Stuff,” “Food” and “Appetizers.”

Then, in December 2017, Zalonka established her own company, MZ Strategy Group LLC, according to emails between Greenberg and Zalonka obtained by The Daily Beast. The next month, Greenberg awarded her a county contract paying her company $3,500 a month for “management of digital content” and “production of social media engagements.”

Zalonka’s company received the allotted payments in January and April 2018, but no one seemed to know just what the firm was doing to earn the payments, which were later flagged as a “questioned or unaccounted for purchase” by county-contracted auditors with the Florida forensic accounting firm MSL.

Auditors also flagged other $3,500 payments in February, March and May of that year, in the form of suspicious cash advances directly to Greenberg—but Greenberg never specified the purpose of those withdrawals. The charges appear to have stopped after that, according to The Daily Beast.

As far as ties to Gaetz, Zalonka became a spokesperson for the American Medical Marijuana Physicians Association (AMMPA) in mid-2018. AMMPA is a cannabis legalization group with close ties to Gaetz, hosting the Congressman as a guest of honor at two of its conferences in 2018.

Gaetz’s office did not respond to a request for comment. However, his hired public relations firm, Logan Circle Group, did issue this statement: “Congressman Gaetz won’t be commenting on whether he dated or didn’t date specific women. The privacy of women living private lives should be protected.” Harlan Hill, the president of that firm, did not address questions about cocaine, the party, or the fundraiser.

According to The Daily Beast, prosecutors with the Middle District of Florida would not say if investigators have questioned Zalonka. Greenberg’s attorney declined comment, citing attorney-client privilege. Gaetz’s office did not respond to a request for comment.

However, his hired public relations firm Logan Circle Group, issue the statement: “Congressman Gaetz won’t be commenting on whether he dated or didn’t date specific women. The privacy of women living private lives should be protected.”

Zalonka’s attorney told The Daily Beast that she “is not speaking to any media outlet.”

previousPublix to no longer require masks for vaccinated customers, employees

nextIRS to the rescue? Tax audits eyed for infrastructure cash