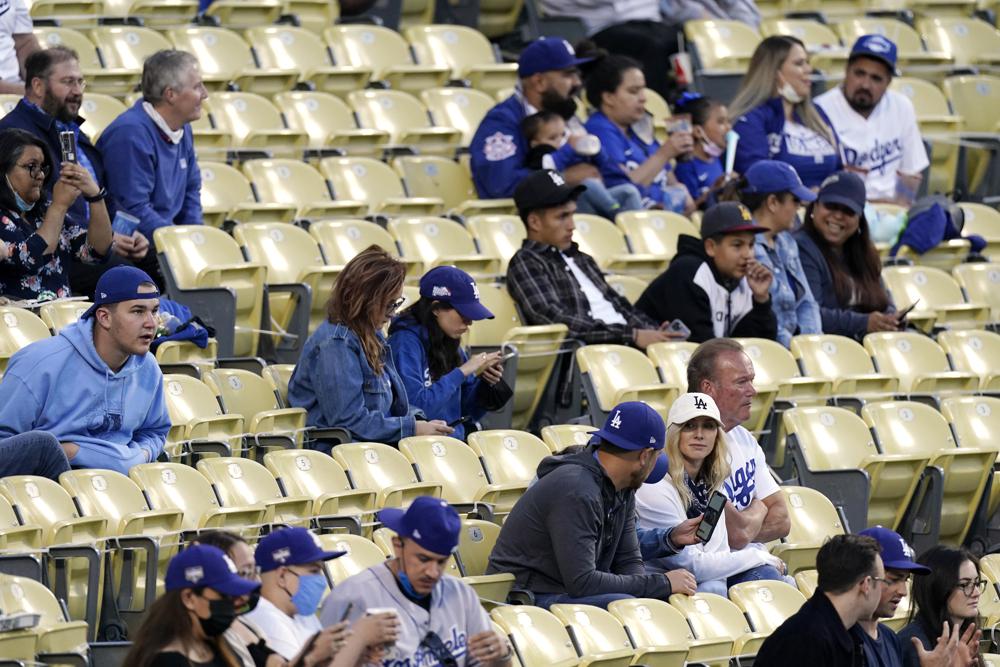 More than a third of the U.S. population is fully vaccinated.

Like more than 120 million other Americans, Jan Massie is fully vaccinated against COVID-19 and can pretty much give up wearing a mask under the latest guidance from the Centers for Disease Control and Prevention. But she’s still covering her face, even as the temperature rises in her native Alabama, because of benefits she says are too great to give up.

The retired educator didn’t catch the illness caused by the new coronavirus, and she also didn’t get the flu or her twice-yearly colds while masked during the pandemic. Unlike some, she’s not gotten any hostile blowback in public for wearing a mask. So why quit now?

“I’ve worn a mask where it really wasn’t required,” Massie, who lives in suburban Birmingham, said Saturday. “Many people, more than I expected, still are, too.”

With COVID-19 cases on the decline after more than 580,000 deaths and with more than a third of the U.S. population fully vaccinated, millions are deciding whether to continue wearing face masks, which were both a shield against infection and a point of heated political debate over the last year. People have myriad reasons for deciding to stop, or continuing to wear, a mask.

Many are ready to put aside the sadness, isolation and wariness of the pandemic. Ditching face masks — even ones bedazzled with sequins or sports team logos — is a visible, liberating way to move ahead. Yet others are still worried about new virus variants and the off-chance they might contract the virus and pass it along to others, though the risks of both are greatly reduced for those who are fully vaccinated.

Denise Duckworth was among the unmasked as she strolled through a revived French Quarter in New Orleans, where jazz musicians and tourists have returned to the streets.

“I’ve always been against masks, and I think all their rules have been hypocritical, and they’ve been confusing,” said Duckworth, visiting from Kansas City, Missouri.

Like most others, Duckworth wasn’t wearing a face mask on an upbeat Friday that made the Quarter feel more normal than it had in months. Alex Bodell of Ithaca, New York, stood out in the crowd because of the black mask covering his nose and face, but he was more at ease that way.

“I certainly feel a lot more comfortable, and I think I’m enjoying myself a lot more here being fully vaccinated and feeling that, you know, kind of regardless of my mask that I’m covered,” he said.

The guidance still calls for masks in crowded indoor settings including buses, airplanes, hospitals, prisons and homeless shelters. But it clears a path toward reopening workplaces, schools and other venues that went dark during the pandemic.

Maskless during an outdoor event in Fargo, North Dakota, college student Andrew Kodet said he’s been immunized and will follow the CDC guidelines.

“If you’ve been vaccinated and you’ve put the effort into it to avoid spreading the disease, it’s about time to begin this rebuilding process,” said Kodet, 20. “There is nothing political about it with me.”

Near Boston in Cambridge, Massachusetts, epidemiologist Vanessa Li isn’t past the two-week point of her second vaccine dose and is continuing to wear her mask even outside, particularly when lots of other people are around.

“I guess I am hesitant to take it off because it’s been such a habit and internationally there’s been different strains and different risk levels,” said Li, 25, of Somerville. “Global travel is picking up and it’s still prevalent, so I’m not really sure how at risk everyone is at the moment.”

Wearing a mask as he made an espresso at his coffee shop in San Francisco, Justin Lawrence said he’s got to comply with local rules that mandate facial coverings for indoor activities.

“It puts small businesses in the place of having to police people all over again, and you can’t tell by looking at somebody that they’ve been vaccinated,” said Lawrence, who co-owns Fayes Coffee in the Mission District.

The decision to continuing wearing a mask came down to uncertainty for Evan Mandel. Both vaccinated and masked as he waited outside to enter the Art Institute of Chicago, Mandel said there are enough questions that he avoids joggers who are breathing heavily and could send particles carrying the virus that much further.

“I still hold my breath or get off to the side,” he said.

And then there are rules. Andy Lamparter wore a mask at Saturday’s Preakness Stakes in Baltimore, where Pimlico Race Course required them amid a sharply reduced crowd of 10,000 people, but he wasn’t too happy about it. “It’s annoying because I do have my shots,” he said.

Raquel Mitchell recovered from a bout of COVID-19 in December and is adamant against getting a vaccine, which she doesn’t trust because of the quick development. She’s still wearing a mask and taking other precautions, like dining outdoors at restaurants near her home in New York’s East Harlem area and either asking for plastic utensils or bringing her own.

When will she feel it’s safe enough to ease up?

“I don’t know. Never,” said Mitchell. “It’s going to be really difficult for me.”