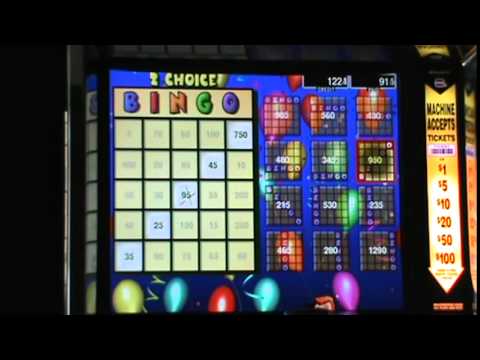 The Senate scrapped its version, and the House doesn't contemplate it.

Senators appeared to kill a bill Monday that would allow bingo games at racetracks.

Just before the Senate Appropriations Committee was set to vote on that measure (SB 10A) Monday, bill sponsor Sen. Travis Hutson requested the panel postpone considering the measure. However, Monday’s meeting is the only time the committee is slated to meet during the one-week Special Session on gaming.

The panel did not take up that bill or two accompanying measures (SB 12A & SB 14A) before adjourning. Meanwhile, the House isn’t working with any parallel proposal.

“Unless we try and do something in the gaming bill — the House doesn’t have anything right now — I don’t think we’ll do that,” Hutson told reporters. “We’ll come back the next Session should we want to do something.”

Currently, only charities, community organizations and others can operate bingo games in Florida.

One bingo operator in Pompano Beach said she would be happy for pari-mutuels to host bingo or instant bingo, too. However, she objected to the rushed nature of presenting and approving the bill without allowing time for stakeholders to inspect it. Additionally, existing bingo operators wouldn’t get the benefits of modern bingo games, as allowed for pari-mutuels.

“You’re doing things in it that could eventually hurt us,” she told the panel.

Several senators raised questions about the purpose of the bill. Among them was Democratic Sen. Gary Farmer, who said he would vote down on the proposal.

“I think we’ve heard from a lot of groups over the last several months over aspects of gaming, and I don’t know that we’ve fully vetted this one to the extent we’ve vetted so many other issues,” Farmer said.

Republican Sen. Aaron Bean told members he was still wrestling with the bill but would vote yes for now because he trusted Hutson.

Democratic Sen. Audrey Gibson would have been a no until lawmakers fix the bill.

“People will run away from the bingo at the (Veterans of Foreign Wars) halls, from the church halls and the Union halls, which will impact our seniors and even middle age individuals and their enjoyment of the non competitive sport nature of bingo,” she said.

Based on Hutson’s comments after the meeting, look for that fix to come in September.