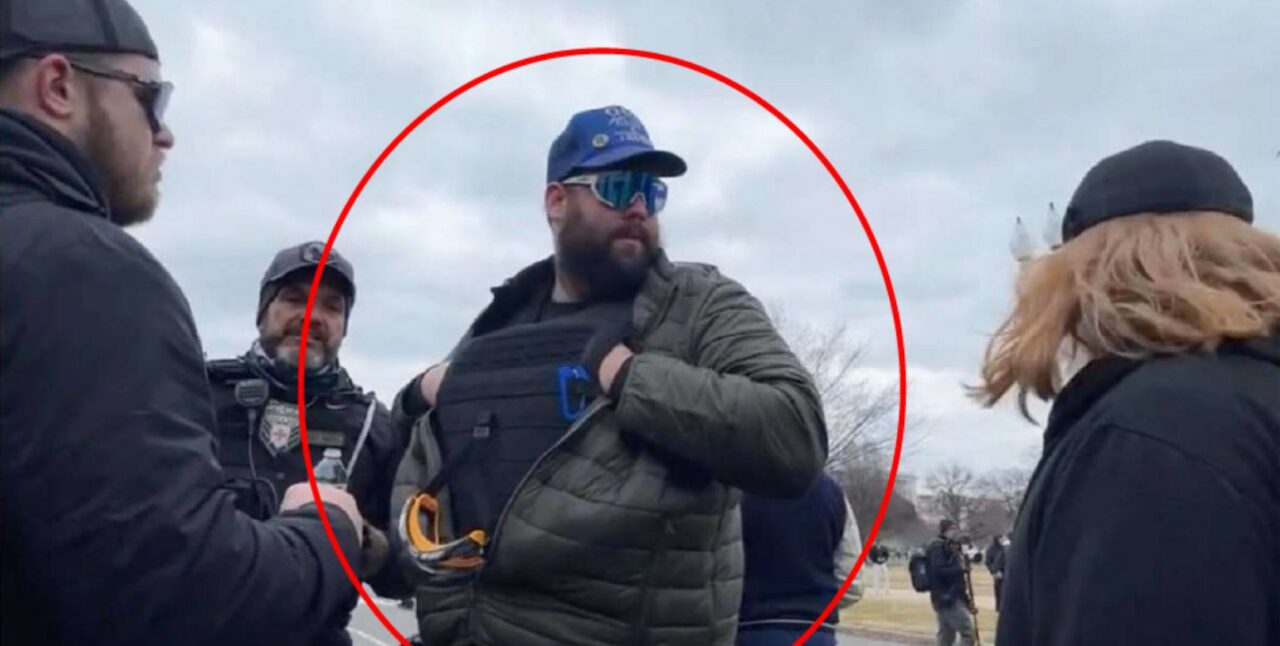 “Let’s take the f***ing Capitol,” shouted Daniel Lyons Scott — on camera — as the Proud Boys assembled in Washington on January 6.

Another person called out, “Let’s not f***ing yell that, alright?”

It was then that Proud Boys leader Ethan Nordean identified Scott, who was from Bradenton: “It was Milkshake man; you know … Idiot.”

“Milkshake” was Scott’s nickname among Proud Boys, used in images shared on social media. He used the name to identify himself in YouTube videos at other protests. Now it appears in headlines across the country above articles detailing Scott’s Thursday arrest for his role in the Capitol riot.

The exchange took place shortly before Donald Trump supporters sieged the building and disrupted the certification of President Joe Biden’s electoral victory. Photos released by the Department of Justice show him marching alongside Nordean and other Proud Boys, filing into the building after rioters broke a police line. Images shared on Parler show Scott pushing Capitol Police back into upward stairs behind them.

“He appears to be one of the first, or perhaps the first, persons to initiate contact with law enforcement at this locations,” reads an FBI report. “Scott then appears to pull one of the two officers into the crowd for approximately 3-4 seconds before another officer is able to pull the officer out of the crowd.”

Scott can be easily identified in a series of photos thanks to metallic blue shades and blue hate reading “God, Guns & Trump.” He’s wearing a puffer jacket, with another show showing he adorned himself with a black ballistic vest underneath.

These images appear to have been shared on Parler by Scott directly, tied to the username “Milkshake” associated with Scott’s phone number and email address.

The images and video of Scott on the day of the riot paint the picture of an individual prepared for violent conflict. The narrative shared by the FBI shows he not only found it but played a central role in instigating it.

A federal complaint now charges Scott with six crimes, including assaulting a federal officer with the intent to commit another felony.

While Scott has been identified as a resident of a number of places, the Tampa division of the FBI arrested him in Florida. His first appearance in federal court will be at 3:30 p.m. on Friday.