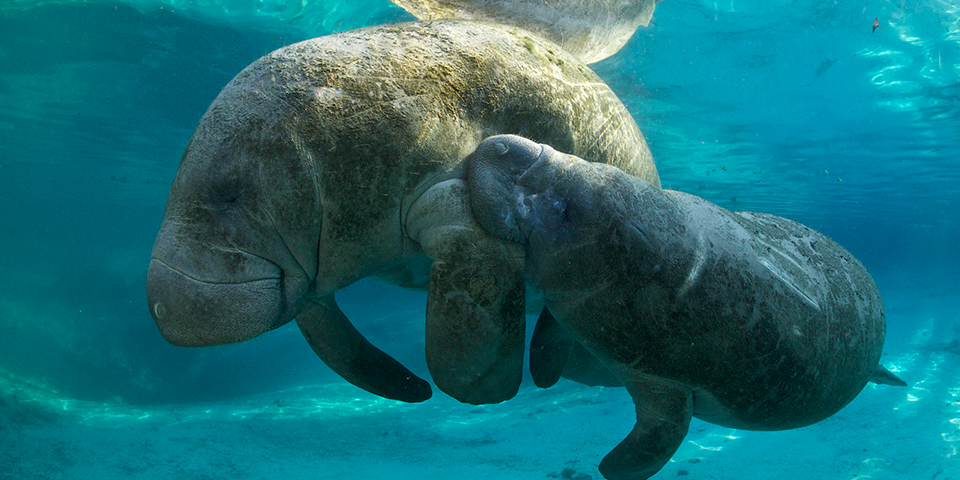 Poor water quality and diminishing seagrass could be the reason Florida's manatees are dying at an alarming rate.

But even Florida TaxWatch is going soft on Florida’s beloved sea cows, a keystone of Florida wildlife. In the group’s annual budget turkey report, which calls out budget appropriations that are not “core functions of government” and subject to “formal, competitive selection processes,” the group acknowledged “Florida’s manatees are in crisis.”

More than 700 manatees have died so far this year. That rate is almost three times the five-year average, according to the Florida Fish and Wildlife Conversation Commission (FWC).

Florida TaxWatch, which typically urges the Governor to veto budget turkeys, suggested the Governor’s office should “examine whether the plan for using these dollars meshes with a federal investigation,” as well as another $76 million of state funding for springs restoration and other water resources.

Alarm over Florida’s high rate of manatee deaths in 2021 reached the federal level after U.S. Rep Stephanie Murphy sent a letter dated March 8 to U.S. Fish and Wildlife urging the agency to look into the deaths. The agency declared the increase in deaths an Unusual Mortality Event and is investigating the cause.

But, because the problem has hit the manatee populations so swiftly, there wasn’t much time to rally support this Session through the normal legislative process.

Republican Rep. Tyler Sirois of Merritt Island said the money was put in the budget late in the process because the manatee die-off occurred during Session, and lawmakers were only just learning about it. He sponsored a bill this spring to create a seagrass mitigation bank, but the bill died.

Sirois said the $8 million is to help restore sea grass and to help identify the root causes of the starvation of manatees seen over the past winter, particularly in the Indian River Lagoon, which runs through his Brevard County district.

“It’s an important issue. Seagrass is vital to the health of our waterways. It reduces erosion, it filters quality of water, and it’s a vital source of food for the manatees,” Sirois said.

“Seagrass depends on sunlight. Because of the algal bloom situation we’ve had around the state in years past, the water has become very, very cloudy, and the sunlight cannot penetrate to near the bottom to support the seagrass.”

There were 403 manatee deaths in Florida between Jan. 1 and Feb. 26. In all of 2020, 637 manatee deaths occurred. The recent spike marks a reversal of conservation efforts for the the West Indian Manatee, where, in the southeastern United States, the population was as small as 1,300 in the early 1990s and had grown to 6,500.

Florida TaxWatch is a nonpartisan research institute and government watchdog. The group considers budget turkeys to be any budget item that “leaves doubt that taxpayers’ best interests are being advanced” due to what they deem a lack of proper vetting.

The $101.5 billion budget passed by the Florida Legislature for fiscal year 2021-22 contains 116 appropriations worth $157.5 million that qualify as budget turkeys.

Gov. Ron DeSantis has vetoed budget turkeys in the past. Last year he vetoed 82% of the items on the list, according to Dominic Calabro, President and CEO of Florida TaxWatch, and DeSantis has averaged around 70% across his years as Governor.