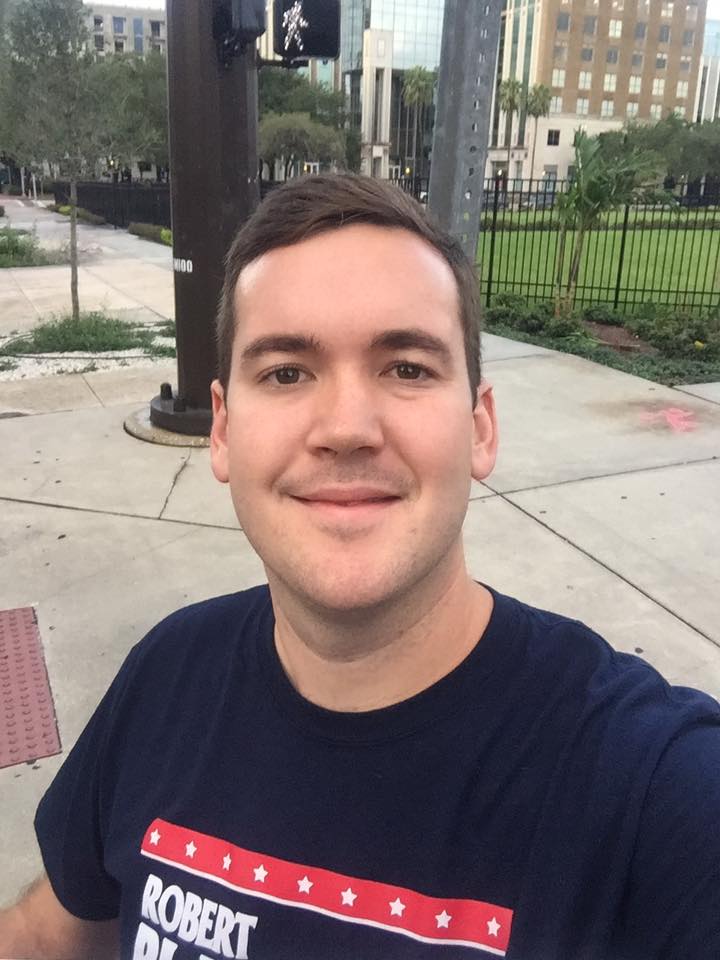 St. Pete is pretty blue, and Blackmon's not.

On Monday, St. Petersburg City Council Member Robert Blackmon became the latest entrant into the game of political musical chairs. He submitted a letter of resignation, effective Jan. 6, amid speculation he wants to run for Mayor.

That rumor has been out there for a while, although, as of this writing, he hasn’t filed for that race.

That’s succinct, to the point, and offers absolutely zero insight on Blackmon’s next move. Gotta keep your options open, you know.

Blackmon did just that in 2018 when he ran successfully to succeed incumbent Charlie Gerdes, who left office because of term limits. There were questions about whether he resided in District 1, but he sidestepped those by renting an apartment in the district and placing his Coquina Key home for sale.

People saw Blackmon as a moderate who could work with Democrats, but lately, his language has trended deeper red.

In April, Blackmon got into it with Kriseman over the Mayor’s powers related to COVID-19, particularly on mandatory masks and limited restaurant capacity. Mandatory masks are the medium-rare ribeye steaks for the red-meat crowd. When Kriseman was photographed without a mask at a Tampa Bay Rays game, Blackmon pounced.

“So when we talk about leading by example, we need to make sure we really are and it’s not just lip service, and we live it every day,” he said at a Council meeting.

Of course, Blackmon didn’t wear a mask either.

“At least I had a beer and pretzel in my hands,” Kriseman wrote. “You couldn’t see that from behind when that picture was taken. What’s your excuse?”

Blackmon’s response: “It’s not about an ‘excuse.’ It’s about being an accountable public leader who practices what they preach.”

We shouldn’t have to wait too long to learn of Blackmon’s plans. The qualifying period for the Mayor’s race runs from June 3-18. And if he wanted to run for another seat, like Ben Diamond‘s House District or Jeff Brandes‘ Senate District 24, he could have listed a later departure date. Jan 6 aligns specifically with the Mayor’s office.

None of this is a surprise.

There figured to be a lot of political movement in St. Petersburg and Pinellas County, with three high-level spots up for grabs and qualified candidates angling for their best option.

Kriseman and Brandes are term-limited, and U.S. Rep. Charlie Crist leaves his congressional seat open so he can run for Governor. That last move convinced Diamond, a Democrat, to announce he wants Crist’s old spot.

Blackmon’s entry into the Mayor’s race would give conservatives something to get excited about. As of now, there’s one Republican in the race — Realtor Vincent Nowicki — but he lacks name recognition and, so far, hasn’t been able to hang with the top contenders.

But would that be his best move? After all, there are other options? And Blackmon’s latest pivot to the right might not play so well in St. Pete.

The city has about 40,000 more registered Democrats than Republicans, which makes it solidly blue. The Mayor’s race technically is nonpartisan, but there hasn’t been a conservative in that job since Rick Baker left in 2010.

Baker, remember, ran again in 2017 against Kriseman and lost.

Blackmon also would be in against a couple of strong Democratic candidates — Darden Rice and Ken Welch, both of whom boast an impressive list of endorsements. Blackmon would have to beat one of them and hope the other doesn’t get 50% of the vote in the Aug. 24 primary.

Fun fact: Rice, a Democrat, endorsed Blackmon in 2019, and her fellow Dems were absolutely thrilled about that (NOT).

This is something to consider as well.

Redistricting is coming, and that could make a run at Brandes’ seat more attractive. That district will most certainly be a little friendlier to a conservative candidate, and there’s little to no chance the Republican-controlled Legislature will draw new boundaries that will change that.

That’s all political hypotheticals, though, and most people believe Blackmon wants to be Mayor. They’re probably right, but in politics, it’s best not to rule out anything.

Whoever succeeds Kriseman inherits a dynamically changing city on the move. Downtown St. Pete exudes a cool vibe. Arts and entertainment options are plentiful, but there are other not-so-pleasant issues.

The new Mayor also inherits a city with long-standing racial issues, and no one is quite certain how the Tampa Bay Rays’ saga will play out. By the end of this week, Kriseman will announce two development teams for the Tropicana Field site, which is an opportunity for an enormous economic impact.

All that seems certain is that the Rays will no longer play at the Trop once their lease expires after the 2027 season, but it gets murky after that.

Owner Stu Sternberg hatched a cockamamie plan to split the season with Montreal, but St. Pete holds out hope it can find a way to redevelop the Trop and keep the Rays full time.

That issue will land will full force on the new Mayor’s desk.

The question is, who will sit behind that desk? We’ll get back to you on that one.