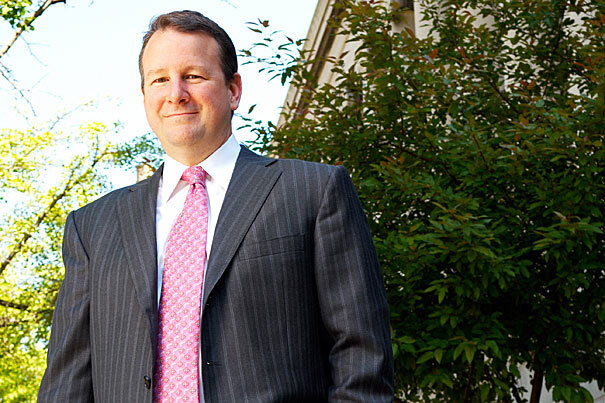 The selection is subject to approval by the FSU Board of Governors in June.

Richard McCullough has been chosen as the next president of Florida State University after a contentious process that saw Education Commissioner Richard Corcoran dismissed early.

McCullough was chosen after a months-long and much-scrutinized search.

The decision, made Monday by a unanimous vote by the Board of Trustees, is still subject to approval by the FSU Board of Governors. That meeting is expected to happen in June.

Since 2012, McCullough has been the vice provost for research at Harvard University. In that role McCullough was charged with working with the president and provost to “encourage, cultivate, and coordinate high impact academic research across all of Harvard’s schools and affiliated institutions,” according to the college’s website.

McCullough, has a bachelor’s degree in chemistry from the University of Texas, Dallas. He earned his master’s and doctorate in chemistry at Johns Hopkins University. He did his postdoctoral fellowship at Columbia University.

Board of Trustee members said McCullough has well-rounded experience and would be a good fit to lead the university.

“Really, he can identify with a public university because one might say, ‘well he’s only been at Carnegie Mellon and Harvard.’ So, I actually think that when (McCullough) said ‘people are people,’ I knew he got it,” Board of Trustees John Theil said.

Before the final round of interviews Monday several faculty members spoke to say the new university president should be charged with identifying new revenue streams for the college, which currently receives 35% of its funding from the state, more than double the average in state funding for the top 30 universities. Some faculty members suggested the school needs to diversify its funding sources.

McCullough suggested one way to diversify revenue streams is by having teachers and students create companies that can profit the university.

McCullough was one of three finalists in the last round of interviews. The other two were Robert Blouin, University of North Carolina-Chapel Hill executive vice chancellor and provost, and Giovanni Piedimonte, Tulane University vice president for research.

Board of Trustee member and statistics professor Eric Chicken said he had heard feedback from faculty that they thought Blouin would be a good fit.

“I and the majority of the faulty who I’ve talked with felt that McCullough is a great candidate, but we prefer Blouin, so to speak,” Chicken said.

Chicken said faculty members felt all candidates were qualified, but that Blouin had the most realistic vision for the university.

But McCullough ultimately earned support from all Board of Trustees members.

“They both have proven they’re capable of doing the job. I think the difference for me was the passion that I saw from Dr. McCullough. And maybe it is a tall order, but his vision is somewhere between, it’s not possible or it may be magical,” Trustee Bob Sasser said.

The group also addressed claims of impropriety about the search process, with FSU legal counsel saying resolutely that no Sunshine Laws were violated.

FSU is a public university and therefore the search for the university’s next president is bound by Sunshine Laws, which ensure access to public information surrounding governmental proceedings.

The claims had nothing to do with McCullough. They issues stem from claims made last week in an email sent to State University System Chancellor Marshall M. Criser III by Committee member Craig Mateer, who said multiple committee votes were held by secret ballot, and he believes the candidate interviews were coordinated theatre.

Mateer said the process excluded his preference of a “non-traditional option” like Corcoran, who applied and made it to the second round of interviews.

Background checks, which included a review of social media and reference checks, were conducted on the final round candidates, who all passed.

FSU President John Thrasher announced his retirement in September. In a statement Thrasher said he would stay on through the search and appointment of a successor. Thrasher has been president of FSU since 2014.