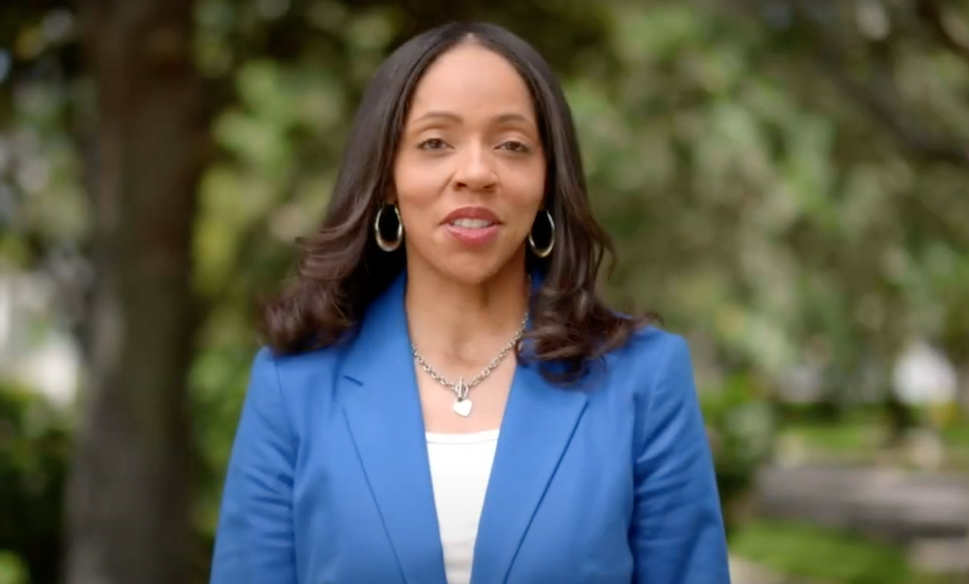 A competitive three-way Democratic primary is in the works in Florida’s 10th Congressional District as Orlando’s former State Attorney Aramis Ayala announced her candidacy a day after another Democrat and before incumbent U.S. Rep. Val Demings has officially withdrawn.

Ayala, who spent one term as State Attorney for Florida’s 9th Judicial Circuit, then contemplated a run for the U.S. Senate, is announcing her candidacy Wednesday for CD 10

“I am running for Congress,” she said. “This is where I can best be of service.”

She’s doing so Wednesday with the launch of a campaign video that tells her story as a cancer survivor at age 24, and how that has directed her life since, and how she sees that as a theme for the community.

“I am a survivor,” she says. “But so are we all. Last year we survived an incredible crisis. Many of us are still hurting. And many of us are changed forever. But we are still here. And just like I was given a second chance, we all were. And now it’s up to us what we’ll do with it. My name is Aramis Ayala and since the fifth grade grade I knew my calling was summed up with one word: justice.”

Ayala spent much of her tenure as JC 9 State Attorney fighting for reform, and making herself a target for conservatives and other critics, but also establishing herself as one of Central Florida’s toughest and most articulate political combatants, particularly on criminal justice reform.

That topic likely is to be front-and-center as Democrats compete for CD 10. Jackson, a veteran of court battles for some of the cases that have been cornerstones of the Black Lives Matter movement, filed last Friday. Bracy, who wrote many of the key pieces of the criminal justice reform platform pushed by Democrats in the Florida Legislature, announced his candidacy Tuesday.

“It’s about having an impact legislatively about the innovation and engineering of legislation. So often we talk about justice as interpretive concepts, interpretively, when we have to get on the front end to make certain that the construction of policy and laws has justice at their roots so that the interpretation of it should yield that same result,” Ayala said.

“I don’t think that anyone can deny how important criminal justice law has been. But what I realized is that there are so many things that fall under that umbrella. You’re looking at immigration, the schools-to-prison pipeline regarding education. You’re looking at housing issues, jobs, and most frightening now in Florida, voting matters,” she said. “These are issues that fall under that criminal justice reform. It’s also important to deal with health care, economic opportunities, jobs, affordable housing.”

Ayala may be best known for her opposition to the death penalty. Weeks after she entered office as State Attorney she surprised the 9th Judicial District, much of Florida, and much of the nation by announcing she would not seek the death penalty in capital murder cases. That led to a protracted, high-profile court battle with Republican former Gov. Rick Scott, which she lost. But along the way, she developed a strong base of support among progressives in Orlando and nationwide. She was given high billings as a warm-up speaker at 2018 Democratic campaign rallies.

As currently drawn, the district is solidly Democratic. Though redistricting is coming next year, CD 10 is likely to remain a Democratic stronghold, unless it is somehow squeezed entirely out of Orange County. The district currently takes in some wealthy suburban neighborhoods and suburbs, and nearly all of Orlando’s tourism corridor, and also the predominantly Black west side of Orlando. The latest Cook Political Report says the district leans Democrat by 11 points.

Two Republicans have entered the field, though neither has shown anything to suggest they might be significant challengers in the deep-blue district: Carter Morgan of Orlando, and Willie Montague, a youth support non-profit organization leader who ran in 2020, but lost badly in the Republican primary.

Regardless of how the district is redrawn, Ayala sees the issues and her role as the same.

She sees Demings, who has served the district since 2017, as the kind of “fearless leader” the district needs.

“The conversations that I’ve had moving forward are about putting a progressive, experienced individual in that seat and building upon the foundation that she laid,” Ayala said. “It’s about eyes forward. It’s about recognizing what I bring to that seat, and how I can be a strong voice for the people.”