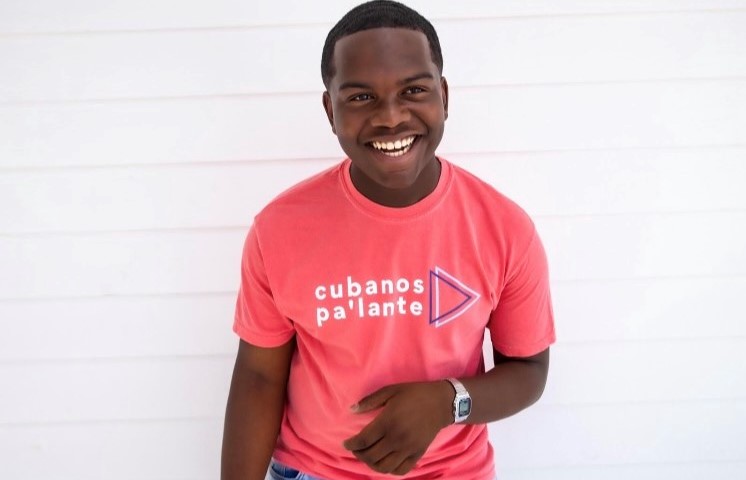 Adderly's father, a friend of rapper Rick Ross, was shot and killed in a 2010 home invasion.

At just 17 years old, Raymond Adderly III will likely be the youngest candidate competing for a Broward County School Board seat this cycle. But he says he has been on a path toward public office since a tragedy over a decade ago.

“Yes, I am a student. Yes, I am 17,” Adderly told Florida Politics during a conversation about his campaign. “But what really happened to me that triggered this passion for activism, this passion for helping others, is the fact that when I was 7 years old, I watched a home invasion turn into a murder.”

That murder claimed the life of Adderly’s father, Raymond Adderly Jr. The elder Adderly was a friend of the rapper Rick Ross and was an aspiring rapper himself. In December 2010, two men entered his home in Miramar with bandanas draped across their faces, demanding money.

Adderly Jr. handed them cash. He was kicked and then shot to death anyway.

The younger Adderly is now seeking the School Board’s at-large Seat 8, which is currently held by School Board Member Donna Korn. When speaking about his campaign, Adderly III is confident and knowledgeable in a manner that would stand out for most 17-year-olds. It’s all the more noticeable given his traumatic past.

“My father was shot in front of me, my two younger brothers and my mother in my own home in Miramar,” Adderly said. “And quickly, I realized how voiceless people really can be.”

Adderly, who serves as class president at Fort Lauderdale High School, wants his campaign to be a voice for students and others who he argues aren’t getting a fair shake from the current School Board. Adderly, who will begin his senior year in the fall, says two of his biggest issues are increasing mental health funding and focusing on school campus renovations, particularly in lower-income communities.

“When we start making more initiatives to handle those issues, then we’ll be in a much better place.”

He also pointed to schools in the county that “have poor air conditioning, poor media centers, very bad roofing.” Adderly referenced a partial roof collapse in March at Rickards Middle School in Oakland Park. Adderly echoed concerns from Broward Teachers Union’s Anne Fusco that some students and teachers were trapped during the event, though no one was seriously injured.

“The stories that I’ve heard from parents and students there were atrocious,” Adderly recalled. “It’s not something that any parent should have to worry about when they send their child to a school in Broward County.”

While the district worked to stabilize the Rickards campus, some students were sent to study at Broward College’s North Campus, while others learned from home.

“When we have better facilities in Broward, we’ll stop losing kids to charter schools and to private schools.”

Adderly — who will be 18 by Election Day in August 2022 — and his youthful bid may harken back to the School Board campaign of then-19-year-old Elijah Manley four years ago. Manley too pursued Seat 8, but finished third in a three-way battle with Korn and Parkland parent Ryan Petty. The young Manley’s age was higher than his vote share, which landed just shy of 19%.

Korn won that race, but with her term expiring in 2022, she has yet to file for reelection. So far, only Adderly and John Moreno Escobar have officially filed with the county. Others could enter should Korn decline to run again. If she does run again, Adderly would be up against a three-term incumbent.

“Our campaign is prepared to run for an open seat or against an incumbent,” he said. “This is a movement. We’re in it to win it.”