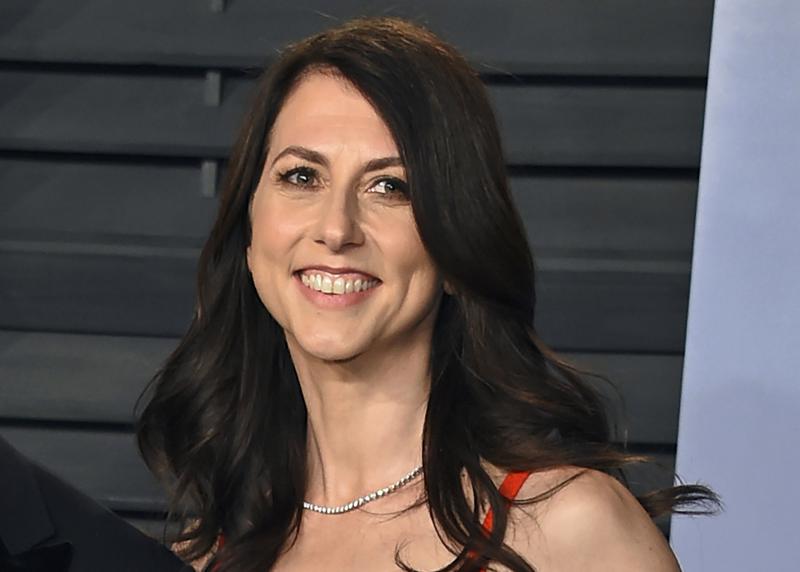 The gift to UCF was the largest in the school’s 58-year history.

MacKenzie Scott, the former wife of Amazon founder Jeff Bezos, on Tuesday donated $40 million each to two state universities in Florida that have a history of promoting social mobility and educating students from communities traditionally underserved by higher education, and made a gift to a community college in South Florida.

The philanthropist and her current husband, Dan Jewett, made the donations to Florida International University in Miami and the University of Central Florida in Orlando without any restrictions on their use, school officials said. They also made a gift in an amount that wasn’t immediately known to Broward College in South Florida.

In the case of UCF, the gift was the largest in the school’s 58-year history.

The gifts to the Florida universities were part of $2.7 billion in donations to 286 organizations Scott announced Tuesday. It was the third round of major philanthropic gifts Scott has made, which together rival the charitable contributions made by the largest foundations. In 2020, Scott made two similar surprise announcements in which she donated a combined $6 billion to fund COVID-19 relief, gender equity, historically Black colleges and universities and other schools.

“Higher education is a proven pathway to opportunity, so we looked for 2- and 4-year institutions successfully educating students who come from communities that have been chronically underserved,” Scott said Tuesday in a blogpost for Medium.

FIU has awarded more bachelor’s degree to Hispanic students than any other institution in the country. About 85% of FIU students are minorities and more than 66% are Hispanic, according to the school.

“This generous gift is a game-changer for FIU and our students’ success for generations to come,” said Mark Rosenberg, FIU’s president. “Ms. Scott, Mr. Jewett and their team have taken note of our work serving a diverse student body and developing evidence-based strategies that have proven effective in helping our students succeed. This gift allows us to augment programs that we know work, develop models that can be replicated elsewhere, lift communities and combat poverty.”

The school will use the donation for programs aimed at helping students succeed at the university and fund research by faculty, Cartwright said.

“While our resources are finite, we can accelerate and amplify our impact with the help of others. I hope our alumni and friends will join Ms. Scott and Mr. Jewett in helping to provide a foundation for UCF’s future,” Cartwright said. “Because every new dollar allows us to make new discoveries on distant planets and to solve problems here on earth. Because every new investment creates opportunities for students to be the first in their families to earn a degree, creating generational change for their families and their communities.”

UCF is one of the largest universities in the United States with a student population of more than 66,000 students.

No details on the Broward College gift were released in Scott’s blogpost. A spokeswoman for the school didn’t return an email and phone call.