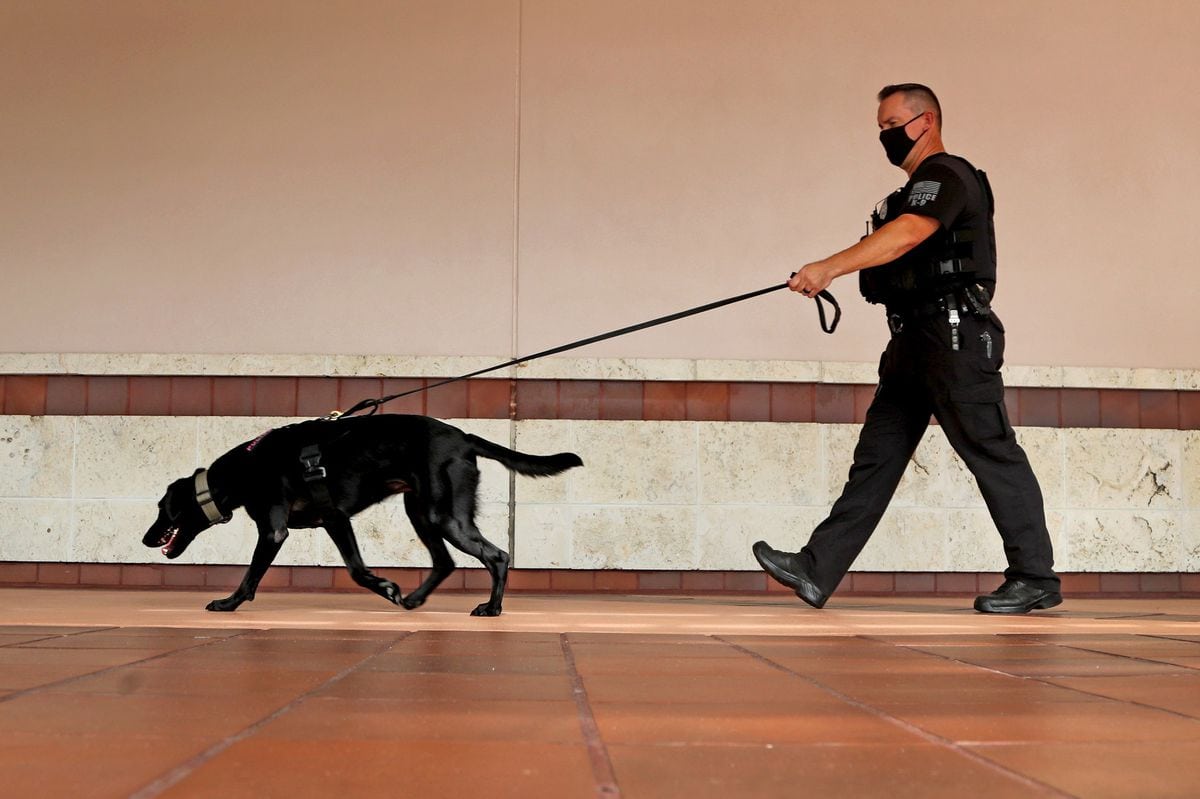 The bill sponsor is a former volunteer police K-9 officer

Under current law, emergency medical technicians (EMTs) and paramedics are prohibited from rendering aid or even transporting Florida’s four-legged crimefighters if they’re injured.

The bill (SB 388) would allow EMTs to provide on-scene care and transportation for police dogs as they would human law enforcement officers.

“In recent years we have had multiple K-9s assassinated in our state just because they were wearing a badge,” Wright said in a March committee meeting. “This bill is intended to take a proactive approach to save the lives of these officers.”

Police K9s are equally as exposed to on-the-job dangers as their human counterparts. In Florida, 49 police K9s in Florida have died in the line of duty, according to a staff analysis.

“Police dogs are frequently used in conjunction with high-intensity, criminal situations and are often deployed by their handlers to chase after fleeing felons,” the staff analysis notes.

Notably, Democrats and Republicans alike rallied around the legislation. The bill didn’t receive a single downvote throughout the legislative process.

In March, Attorney General Ashley Moody traveled to Daytona Beach to garner support for the bill alongside Wright.

“Law enforcement officers put their lives on the line daily to serve their communities and protect our safety — and their four-legged partners risk their lives protecting them,” Moody said.

nextLast Call for 6.16.21 — A prime-time read of what’s going down in Florida politics