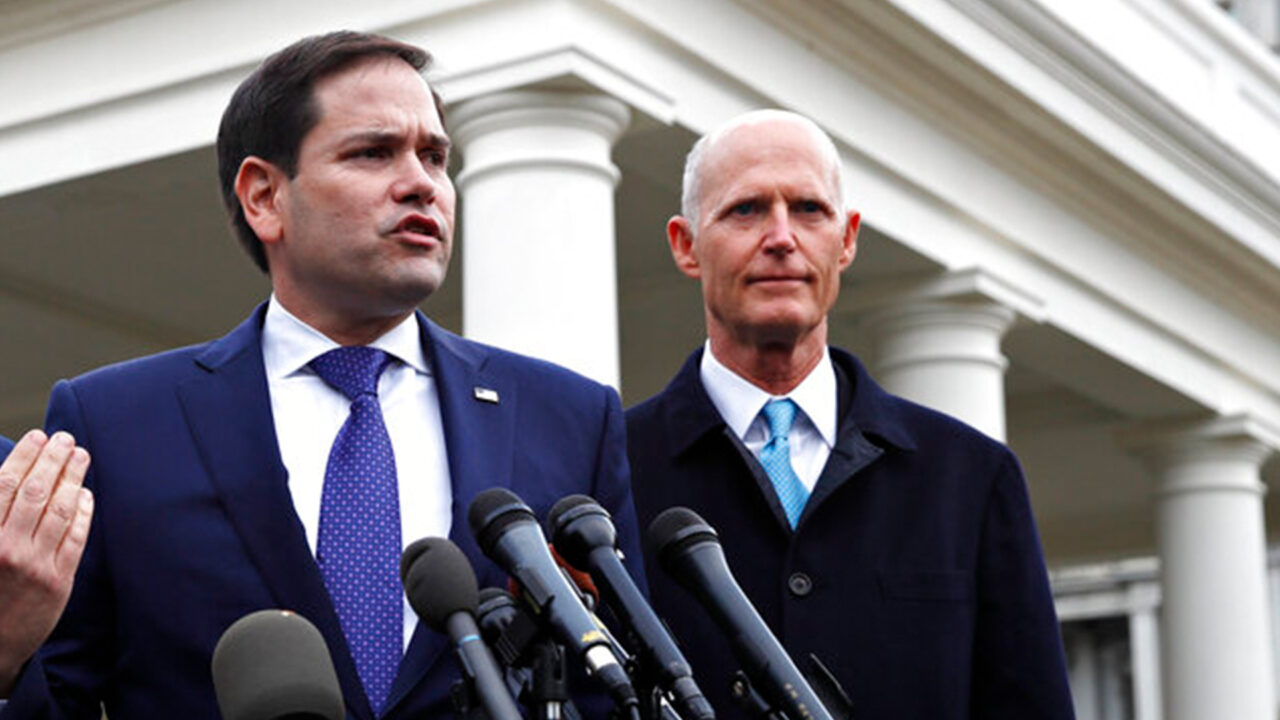 The resolution comes after the explosion of a car bomb at a military base Tuesday that injured 36 people.

The resolution formally condemns efforts to undermine democracy in Colombia, and encourages the international community to stand with the South American nation.

“The United States and Colombia share a commitment to promoting security, prosperity, human rights and democracy across the Western Hemisphere,” Scott said in a statement. “Colombia is our greatest ally in Latin America and a partner in combatting drug trafficking. Right now, Colombia is supporting more than a million Venezuelan citizens who have fled (Nicolás) Maduro’s murderous regime. They are an invaluable partner in the fight for freedom and democracy across Latin America.”

The resolution also also calls for U.S. support for Colombia in response to the COVID-19 pandemic, including providing excess vaccine doses to help Colombia’s economy recover.

“The ongoing situation in Colombia is of grave concern and must be met with international support and solidarity,” Rubio said in a statement. “As members of Foreign Terrorist Organizations, including the ELN and the dissident forces of the FARC, (they) seek to destabilize a democratically elected, pro-American government. (O)ur nation must use all tools available to ensure peace and restore stability.”

The resolution comes after the explosion of a car bomb inside a military base Tuesday in Cúcuta that injured 36 people, including two U.S. military personnel. Colombia’s National Liberation Army (ELN) rebels have denied responsibility for the explosion.

Scott spoke with Colombian President Iván Duque following the attack, in which the Senator offered his support and condolences.

“The violence being perpetrated now in Colombia by ELN and FARC, terrorist organizations backed by the Castro and Maduro regimes, is a disgusting attempt to destabilize Colombia’s democracy,” Scott said. “The violent attacks and blockades threatening the Colombian people and their government are dangerous and reprehensible. Unfortunately, we’ve seen this before — it’s a script written by communist dictators in Cuba. This same unrest — meant to destabilize and undermine democracy — has been occurring in Latin America for decades. We can’t let it continue. I’m proud to stand with Colombia in the fight to defend freedom and democracy, and I encourage every freedom-loving nation to do the same.”

Today, I spoke with Colombian Pres. @IvanDuque to express my condolences & support following the ELN terrorist attack on a military base where U.S. military was present. Colombia is our strongest ally in Latin America & we will never tolerate these attacks against democracy.