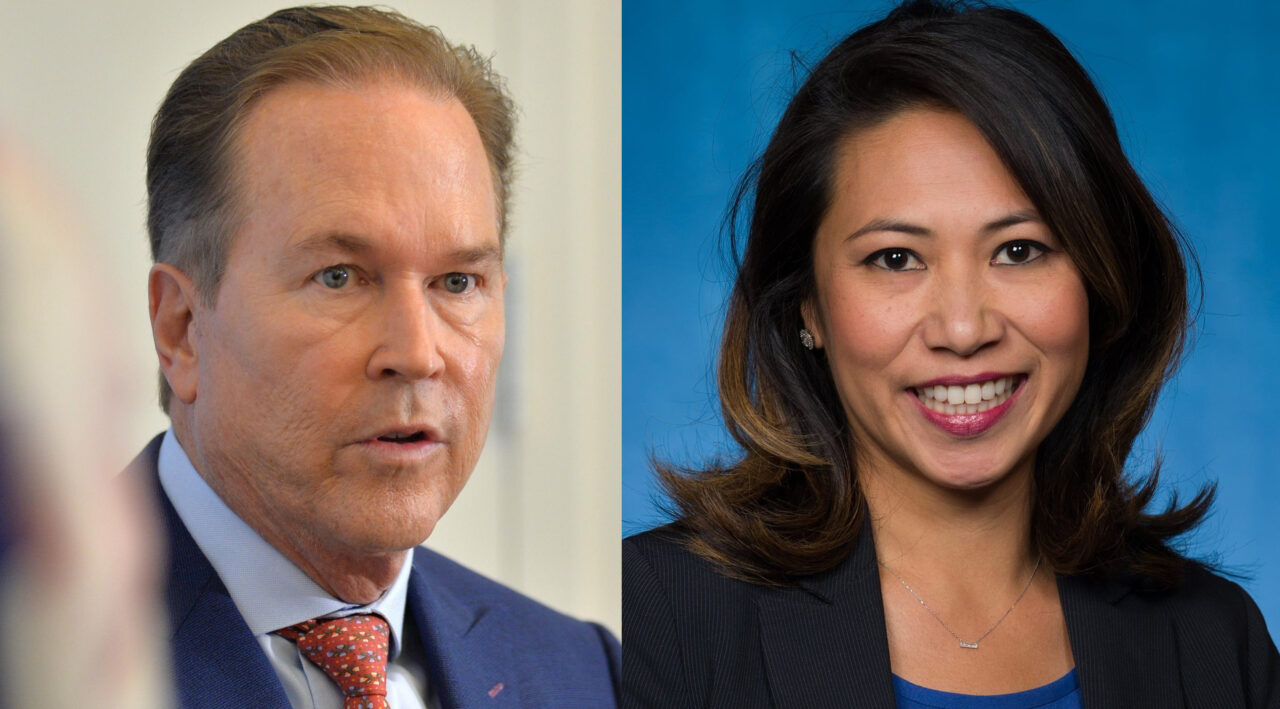 The Chamber recognized them for bipartisanship and supporting Chamber priorities.

Murphy was one of 20 members of the House of Representatives and 10 senators awarded the Chamber’s Abraham Lincoln Leadership for America Award for policy leadership during the 116th Congress, which concluded at the beginning of this year.

Buchanan was one of 30 Congress members awarded the Chamber’s Jefferson–Hamilton Award for Bipartisanship for bipartisan lawmaking.

No other member of the Florida congressional delegation won either of the awards.

At a virtual ceremony Thursday for the Chamber’s Governing With Distinction Awards, Neil Bradley, the chamber’s executive vice president and chief policy officer, said they were recognizing “outstanding members of Congress who have contributed to solving our nation’s problems and helping us move forward.”

Bradley said voting up or down on bills can be easy, so the chamber focused on co-sponsorships, which require fuller commitment. The Lincoln award, he said, recognizes “those members of Congress who put in the long hours to help turn an idea into reality.”

Murphy got a 100% score. She was one of only four House members and two senators to do so.

“The people of Central Florida sent me to Washington to put partisan politics aside and get things done, and I’m proud to accept the U.S. Chamber of Commerce’s recognition as one of the top Democrats leading bipartisan efforts in Congress,” Murphy said in a news release. “We need less rhetoric and more results, and I’ll keep working with groups like the U.S. Chamber of Commerce to get things done for working families and small businesses here in Central Florida and across America.”

The Jefferson-Hamilton awards went to lawmakers who most often co-sponsored bills introduced by members of the other party.

Bradley noted that the award’s namesakes, Thomas Jefferson and Alexander Hamilton, had “pretty different philosophies. They clashed quite a bit. But at important, key times in the early republic they found ways to overcome their differences and work together for the greater good.”

“We elect Republicans and we elect Democrats in this country and we don’t expect them to abandon their philosophies. But we do expect them to find ways to work together,” Bradley added.

Buchanan got a 95% score on the Chamber’s grading system.

“I’m honored to be recognized for supporting bipartisan policies that create jobs and grow the economy,” Buchanan said. “With so many people still unemployed and our economy slowly starting to recover from the pandemic, we need to help workers and small businesses get back on their feet. Nothing is impossible if we work together.”

previousUSF survey finds most Floridians are concerned about hurricane season, but they're ill-prepared

nextGreg Williams: Say yes to planning — but no to moratoriums