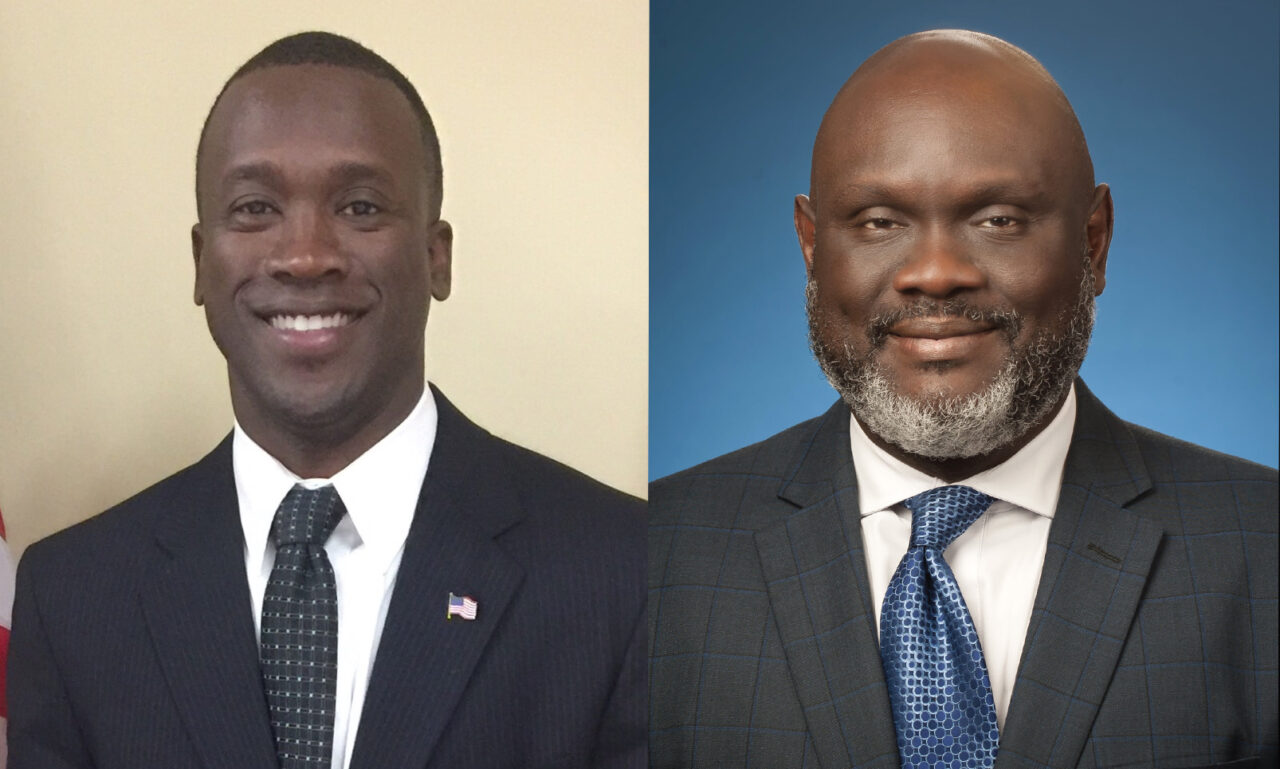 For the first time in the history of the city of Jacksonville, Black men serve simultaneously as City Council President and Vice President.

On Thursday, Sam Newby assumed the presidency of the Council, and Terrance Freeman took over the vice presidency. Both men were chosen by their peers on the Council earlier this Spring.

Newby and Freeman are the first Black Council members to serve simultaneously as President and Vice President and seemingly are positioned to be the prime legislative partners for Mayor Lenny Curry during the second-term Republican’s final two years in office.

Newby vowed to “work well” with the Curry administration, while advancing goals including eliminating “food deserts,” bolstering parks and community centers, grants for small and minority businesses, and developing downtown.

The second-term Councilman was first elected to his at-large Group 5 seat in 2015, winning narrowly over Democrat Ju’Coby Pittman with about $10,000 to fund his citywide campaign. From those modest beginnings, he cruised to reelection in 2019. And now, he has been unanimously chosen to head the city’s legislative body.

Newby, who was diagnosed with COVID-19 last year and hospitalized, said “God brought me from the patient to the presidency.”

“Without Him I wouldn’t be standing here today,” Newby said, again crediting God from bringing him from 45th Street and Cleveland Road to the presidency of the City Council.

Newby recognized Warren Jones, the second Black Council president who now serves on the School Board.

“If it wasn’t for you, I wouldn’t be here right now,” Newby said, recognizing Jones, former President Earl Johnson, and former Sheriff Nat Glover as trailblazers and true leaders.

The new President also recognized his mother, “the queen of my heart.”

Newby noted that his mother, when she came to Jacksonville, couldn’t enter City Hall.

Freeman, like the new President, is also an at-large Council member.

A former Council assistant, he was appointed by then-Gov. Rick Scott to fill an unexpired term in 2018. He was elected to a citywide seat in 2019, which he ran for. He is eligible to run again in 2023.

An emotional Freeman noted the day marked the “halftime” of the term, one with its share of “tense situations.” He called for a “halftime reset for the Council that’s had its differences” and unity behind Newby, and vowed to be a “trusting friend” and a “willing partner” as Newby’s “Number 2.”

“The first half has certainly had its ups and downs for our collegial body, but at its best, we can do amazing things together,” said Freeman, who won by a close 10-9 vote.

Outgoing Council President Tommy Hazouri offered closing remarks on a “year like no other,” including the pandemic, social unrest, and a lung transplant for the former Mayor, a Democrat, who sought the top job as a capstone to his career.

Challenges such as redistricting, started in the Hazouri year, will be concluded under Republican leadership. But the day was about history as much as it was the future, as the host noted.

“Let’s not gloss over how historic, how monumental this is,” said the Rev. Mark Griffin, the event’s emcee and a former candidate for the state Legislature. “Our President and our Vice President are two God-fearing young Black men.”

“Jacksonville. Two African American young men,” Griffin emphasized. “This was not some affirmative action vote. Their peers say they are confident. They are well-qualified. They are ready.”