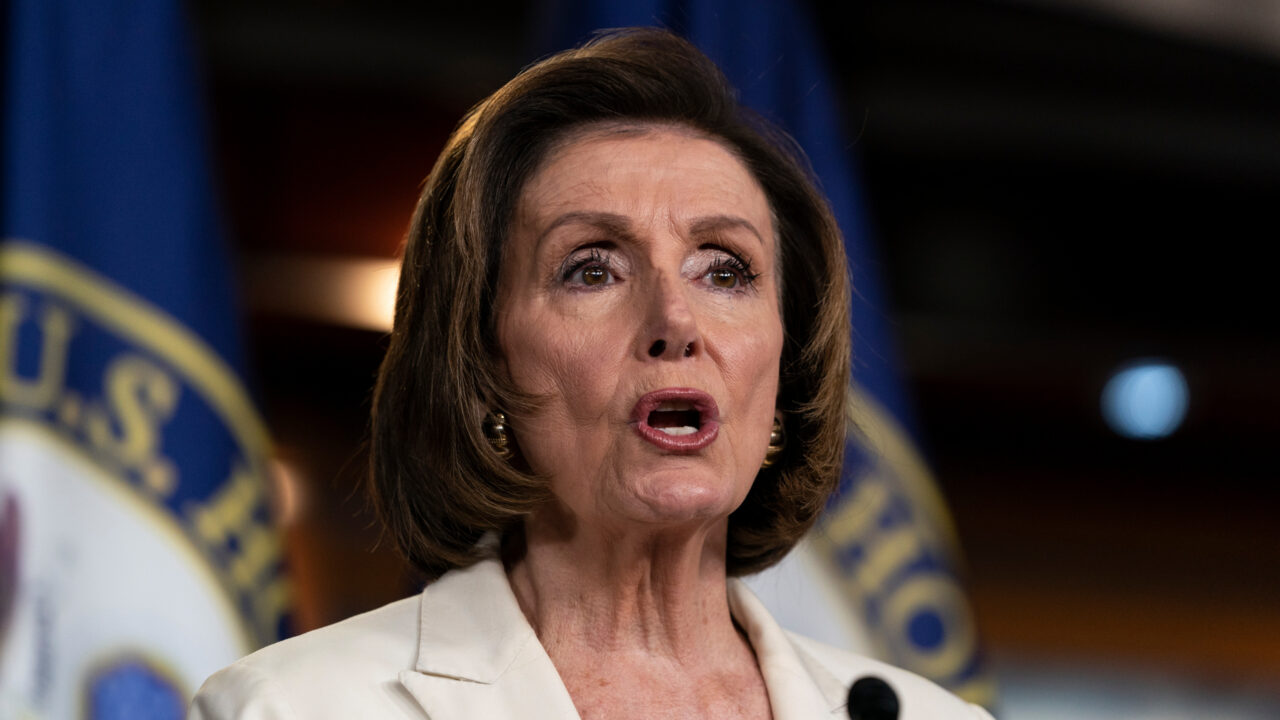 Nancy Pelosi will appoint a chair and at least eight members.

The House is poised to launch a new investigation of the Jan. 6 Capitol insurrection on Wednesday with expected approval of a 13-person select committee to probe the violent attack.

The panel would be led by Democrats, with House Speaker Nancy Pelosi appointing a chairperson and at least eight of the committee’s members. The resolution up for a vote gives Pelosi a possible say in the appointment of the other five members as well, directing that they will be named “after consultation” with House Republican leader Kevin McCarthy.

In a memo to all House Republicans late Tuesday, No. 2 House Republican Steve Scalise urged his members to vote against the resolution, saying the select panel “is likely to pursue a partisan agenda” in investigating the siege by former President Donald Trump’s supporters. Scalise and McCarthy have so far declined to say whether Republicans will even participate.

Pelosi is moving to form the select committee after Senate Republicans blocked the creation of a separate independent and bipartisan panel that would have been evenly split between the parties and modeled after a commission that investigated the 9/11 terrorist attacks. Republicans ready to move on from the insurrection — and Trump’s role in it — argued against that as well, claiming it would be duplicative and partisan.

The speaker has said that it was her preference to have an independent panel lead the inquiry, but that Congress could not wait any longer to begin a deeper look at the insurrection.

The GOP role in the probe, and the appointments to the panel, could help determine whether the committee becomes a bipartisan effort or a tool of further division. Two Senate committees issued a bipartisan report with security recommendations earlier this month, but it did not examine the origins of the siege, leaving many unanswered questions about the events of the day.

McCarthy is facing pressure to take the investigation seriously from police officers who responded to the attack, Democrats and even some of his fellow Republicans. Pelosi has invited representatives of the Metropolitan Police Department of the District of Columbia and the U.S. Capitol Police to sit in the gallery and watch Wednesday’s vote, according to a person familiar with the plan who wasn’t authorized to discuss it and spoke on condition of anonymity. Dozens of those officers were brutally beaten and suffered injuries as Trump’s supporters pushed past them and broke into the building to interrupt the certification of President Joe Biden’s victory.

Two of the officers who responded, Metropolitan Police Officer Michael Fanone and Capitol Police Officer Harry Dunn, met with McCarthy on Friday and asked him to take the House investigation seriously.

Fanone, who has described being dragged down the Capitol steps by rioters who shocked him with a stun gun and beat him, said he asked McCarthy for a commitment not to put “the wrong people” on the panel, a reference to those in the GOP who have downplayed the violence and defended the insurrectionists. Fanone said McCarthy told him he would take his request seriously.

Sen. Mitt Romney, a Utah Republican, has also publicly pressured McCarthy. “I hope he appoints people who are seen as being credible,” he said Sunday on CNN.

Ohio Rep. Jim Jordan, a close Trump ally, said that he doesn’t know what McCarthy is going to do but that it’s possible Republicans will just choose not to be involved.

“I know I’ve got real concerns, I know he does, that this is all just political, and that this is impeachment three against President Trump,” Jordan said.

Trump was twice impeached by the House and twice acquitted by the Senate, the second time for telling his supporters just before the insurrection to “fight like hell” to overturn his defeat to Biden.

Pelosi has not yet said who will lead the panel, but one possibility is House Homeland Security Committee Chair Bennie Thompson, a Mississippi Democrat. Thompson said Tuesday that it would be an “honor” to serve as chair and that it’s Pelosi’s call if she wants to have a say on the Republican members.

“They had an opportunity to really engage,” Thompson said of Republicans who voted against the bipartisan commission. “And they didn’t. So they can’t now come back and say, ‘Oh, that’s not fair.’”

Many Republicans have expressed concerns about a partisan probe, since majority Democrats are likely to investigate Trump’s role in the siege and the right-wing groups that participated in it. Almost three dozen House Republicans voted last month for the legislation to create an independent commission, and seven Republicans in the Senate have also supported moving forward on that bill. But that was short of the 10 Senate Republicans who would be necessary to pass it.

Many Republicans have made clear that they want to move on from the Jan. 6 attack. But some have gone further, including Rep. Andrew Clyde of Georgia, who suggested that video of the rioters looked like a “tourist visit.” Rep. Paul Gosar of Arizona insisted that a Trump supporter named Ashli Babbitt, who was shot and killed that day while trying to break into the House chamber, was “executed.” Others have defended the rioters as they have been charged with federal crimes.

In their meeting with McCarthy, Fanone and Dunn asked the GOP leader to publicly denounce those comments downplaying the violence, as well as the 21 Republicans who recently voted against giving medals of honor to the U.S. Capitol Police and the Metropolitan Police to thank them for their service. They said McCarthy, who voted for the measure, told them he would only deal with those members privately.

Seven people died during and after the rioting, including Babbitt and three other Trump supporters who suffered medical emergencies. Two police officers died by suicide in the days that followed, and a third officer, Capitol Police Officer Brian Sicknick, collapsed and later died after engaging with the protesters. A medical examiner later determined he died of natural causes.

___
Republished with permission of The Associated Press.
Post Views: 807