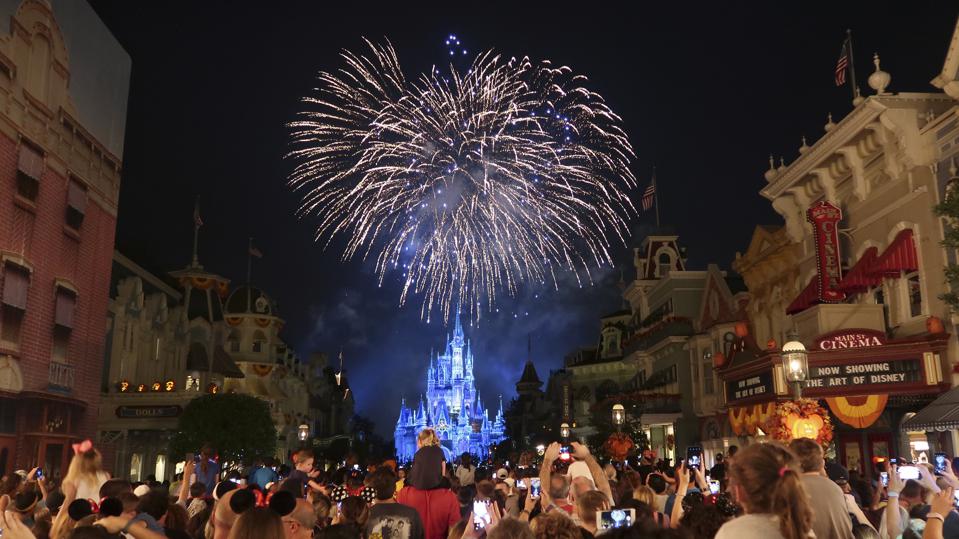 The nation is back to near-record travel numbers.

More than 47.7 million Americans, including 2.6 million Floridians, will take at least one domestic trip for the Fourth of July, according to a recent forecast from AAA. And Orlando tops the list of destinations.

That’s a rebound from last year, when travel plunged 30% in the opening foray of the COVID-19 pandemic. The national level represents an increase of nearly 40% from last year, putting it just shy of the record 48.9 million travelers during the 2019 holiday weekend. Overall, it’s the second-highest travel recorded during the Fourth of July period.

“Travel is back this summer, as Americans eagerly pursue vacations they’ve deferred for the last year-and-a-half,” said Debbie Haas, Vice President of Travel for AAA – The Auto Club Group. “We saw strong demand for travel around Memorial Day and the kick-off of summer, and all indications now point to a busy Independence Day.”

AAA’s analysis looks at the period from July 1 through July 5, Thursday through Monday this year.

AAA Travel booking data shows Orlando as the top destination for travelers during the five-day period. Theme parks there and in southern California, as well destinations including Denver, Las Vegas and Seattle help round out the top five.

An expected 43.6 million Americans, including 2.4 million Floridians will drive to their destinations, the highest on record for this holiday and 5% more than the previous record set in 2019.

“Road trips provide a sense of freedom and more control over the duration of your trip,” said Mark Jenkins, a spokesman for AAA – The Auto Club Group. “Even more expensive gas prices are unlikely to deter Americans from that road trip many have waited more than a year for. If anything, motorists are more likely to cut back on other expenses like lodging and dining out, to offset the higher cost of fuel.”

Gas prices will likely be the highest they’ve been on Independence Day since 2014, when they averaged $3.60. On Wednesday, they topped $3.00.

“AAA is so excited for the return of cruising and so are our travelers,” Haas said. “AAA Travel Advisors have seen surging demand for cruising, and cabins are filling up fast. While cruise lines have made tremendous strides to ensure the safety and security of their crew and passengers, traveler requirements could vary based on who you sail with and where you want to go. This is also true for many facets of travel right now. Because of this, we strongly encourage travelers to work with a travel agent, who can help keep you informed and find the trip that’s right for you.”

Florida has been in court with the Centers for Disease Control and Prevention over the federal agency’s sailing order. The state earned an early win in that fight when a federal judge limited the CDC’s sailing order, including vaccination requirements, to an advisory.