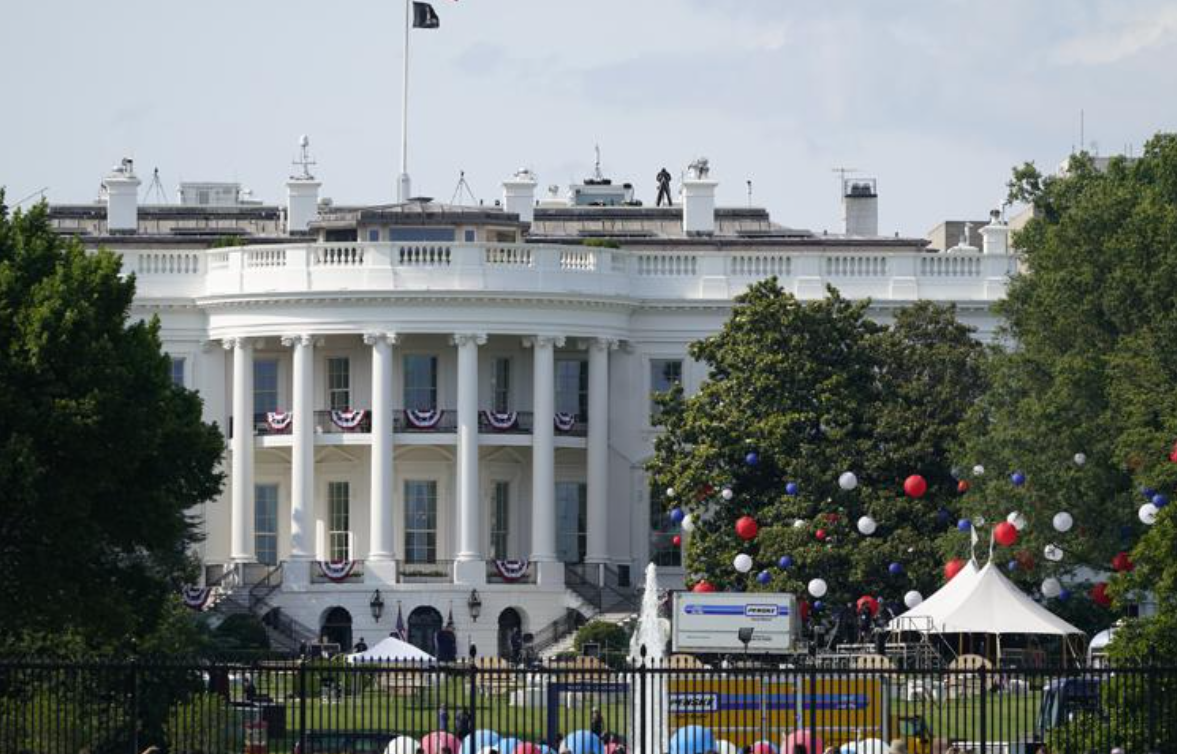 Celebrate COVID independence! Though, goal was not met.

After nearly six months in office, grappling with a pandemic every step of that way, President Joe Biden was determined to party.

“This is a holiday weekend,” Biden declared on Friday as he parried journalists’ “negative” questions about the ongoing U.S. troop withdrawal from Afghanistan, “I’m going to be celebrating it.”

Biden wants Americans to celebrate too, after enduring 16 months of disruption in the pandemic and more than 605,000 deaths. The White House encouraged gatherings and fireworks displays all around the country to mark — as though ripped from a Hollywood script — the nation’s “independence” from the virus.

And there is much to cheer: Cases and deaths from COVID-19 are at or near record lows since the outbreak began, thanks to the robust U.S. vaccination program. Businesses and restaurants are open, hiring is picking up and travel is getting closer to pre-pandemic levels.

Still, it’s hardly a “Mission Accomplished” moment. More than 200 Americans still die each day from COVID-19, a more infectious variant of the virus is spreading rapidly at home and abroad, and tens of millions of Americans have chosen not to get the lifesaving vaccines.

“If you’ve had the vaccine, you’re doing great,” said Dr. Mati Hlatshwayo Davis, an infectious disease physician at the John Cochran VA Medical Center and St. Louis Board of Health. “If you haven’t had the vaccine, you should be alarmed and that’s just the bottom line, there’s no easy way to cut it.”

“But that doesn’t take away from the fact that this country is in a significantly better place,” she said.

Biden, who is set to host the largest event yet of his presidency on the South Lawn of the White House on Sunday, sees this as a long-awaited opportunity to highlight the success of the vaccination campaign he championed. It will be the clearest indication yet that the U.S. has moved into a new phase of virus response, shifting from a national emergency to a localized crisis of individual responsibility and from vaccinating Americans to promoting global health.

Top officials in the Biden administration fanned out across the country over the weekend to promote the vastly improved virus situation under the banner, “America’s Back Together.”

Never mind that the president has come up short of the vaccination goal he had set for the Fourth with great fanfare.

Biden had hoped to have 70% of the adult population vaccinated by Sunday, but clocked in at about 67%, according to figures from the Centers for Disease Control and Prevention. Officials insisted that the miss would have little practical effect on Americans’ ability to mark the Independence Day holiday.

What concerns them more is the emergence of two disparate realities in the U.S.: the gap between heavily vaccinated communities where the virus is dying out and lesser-vaccinated ones where the new delta variant is already taking hold.

About 1,000 counties have a vaccination rate below 30%, and the federal government is warning that they could become the next hot spots as virus restrictions ease.

The administration is sending “surge” teams to Colorado and Missouri. Additional squads of infectious disease experts, public health professionals and doctors and nurses are getting ready to assist in additional locations with a combination of low vaccination rates and rising cases.

Overall, the vastly improved American landscape stands in stark contrast with much of the rest of the world, where there remain vast vaccine deserts and wide community spread that could open the door to even more dangerous variants. The Biden administration is increasingly turning the federal response to the complicated logistics of sending excess U.S. vaccines abroad in an effort to assist other nations in beating back the pandemic.

With U.S. demand for vaccines falling even as they have been widely available for months, and as governments and businesses dangled an array of incentives at Americans to get a shot, officials are increasingly emphasizing that the consequences of disease now largely reflect the individual choices of those who are not yet vaccinated.

“The suffering and loss we are now seeing is nearly entirely avoidable,” said the CDC’s director, Dr. Rochelle Walensky.

When asked about the potential risks of holding gatherings around July Fourth in areas where there are large pockets of unvaccinated individuals, White House press secretary Jen Psaki countered that “if individuals are vaccinated in those areas, then they are protected.”

At least 1,000 members of the members and first responders were expected on the South Lawn for a cookout and fireworks viewing, the White House said. The outdoor event “is being done in the right way,” White House COVID-19 response coordinator Jeff Zients said in television interviews Sunday, and “consistent” with CDC guidelines. The White House was not requiring vaccinations but was asking guests to get a COVID-19 test and to wear a mask if they are not fully vaccinated.

“For as much work there still is to do, it’s so important to celebrate the victories,” Davis said. “I’m OK with us having those pockets of joy and celebration as long as we still wake up the next day and continue to go to work and prioritize equity in vaccine distribution.”

nextSurfside pushes back on report on delayed Surfside building repairs