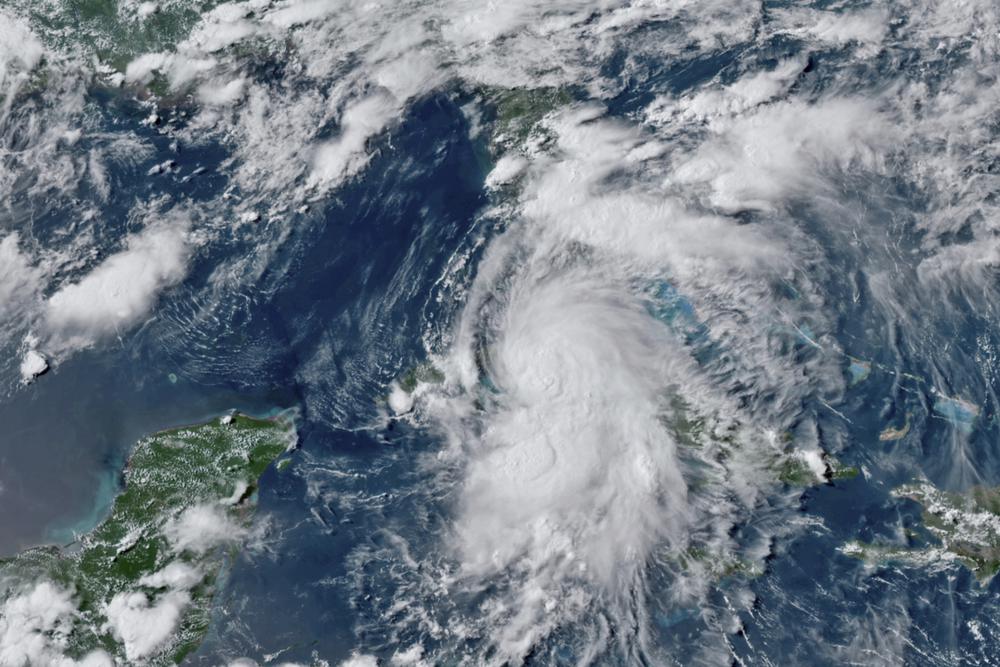 The storm is expected to make landfall Wednesday morning.

Tropical Storm Elsa will track along the west coast of Florida after crossing through the Keys, dealing its heaviest blow on that part of the state.

Following Tuesday morning’s 8 a.m. update from the National Hurricane Center, Gov. Ron DeSantis warned the storm could have heavy impacts as far as the Big Bend. Elsa is lopsided with the heaviest of its bands to the east of the storm’s eye, he said during a press conference at the State Emergency Operations Center in Tallahassee.

Elsa is currently 55 miles west of Key West with maximum winds at 60 mph after leaving Cuba. However, it will approach hurricane strength Tuesday night ahead of its expected landfall Wednesday morning, and the storm brings a chance of tornadoes.

There is a tropical storm warning for 22 counties along the west coast and a hurricane watch between Pinellas and Dixie counties. A storm surge warning is in effect between Taylor and Lee counties.

The Governor doesn’t expect the storm’s trajectory to change much by the evening update.

“There’s going to be a lot of water,” DeSantis said.

And with the rain received in recent weeks, particularly in the northern half of the state, that exacerbates the potential for water damage.

“Now, the interaction of the wet ground with even more rain, you will see flash flooding conditions in many parts of Florida as this thing moves through,” DeSantis said.

That could result in downed trees and loss of power. The state has 6,000 utility workers on standby and DeSantis has activated about 250 members of the National Guard, most of which have been deployed to Orlando.

The State Emergency Operations Center has been on its highest readiness level nonstop since March 2020 when the COVID-19 pandemic hit Florida. Division of Emergency Management (DEM) Director Kevin Guthrie praised the office’s personnel for their continued work, including through the Surfside disaster the last two weeks.

“They are professionals at what they do,” Guthrie said. “They are the best in the world, and they have been carrying on for well over 480 days now, straight.”

Some of Florida’s most “fiscally constrained” counties are in the storm’s path. However, few counties requested aid from DEM. What they did request, including personnel and water, will arrive before Elsa makes landfall.

Start preparing now to be without power for a few days, DeSantis warned Floridians. Have enough food and water for the whole family, including pets, he added.

nextHunt for Capitol attackers still on 6 months after Jan. 6