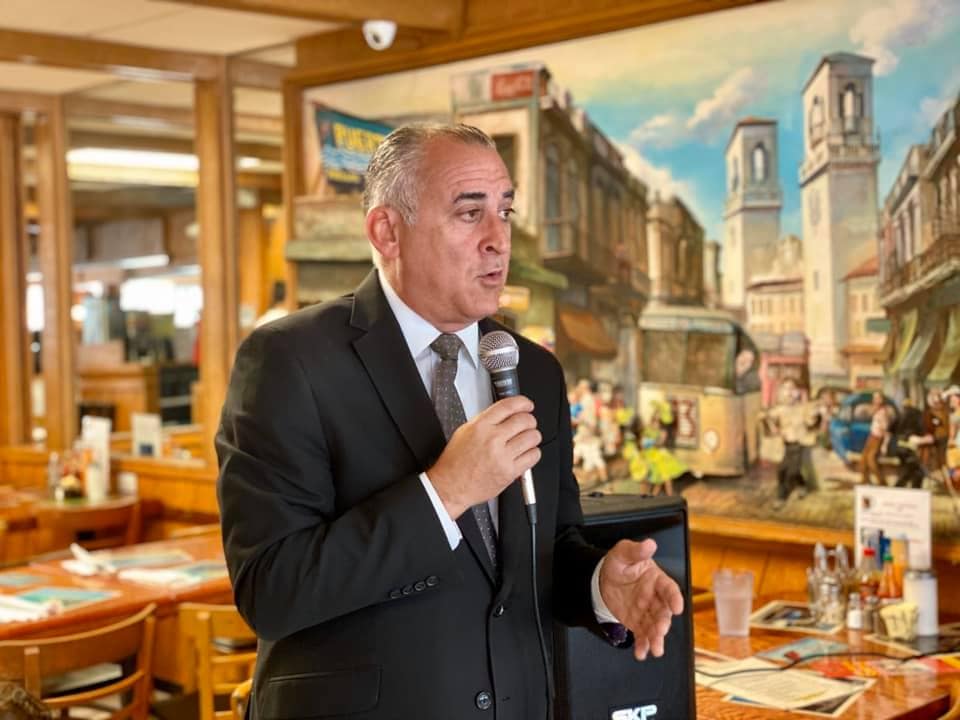 He announced his candidacy for Hialeah Mayor earlier this year, but former Miami-Dade Commissioner Esteban “Steve” Bovo Jr. has now made it official, filing for a race that will decide who will lead the county’s second-most populous city.

Bovo, who began his political career in the city, told Florida Politics Wednesday he filed all the necessary paperwork Tuesday to run for the seat now held by Carlos Hernández, who must leave office because of term limits.

Hialeah records show he began filing with the city March 1.

Addressing the press about his campaign Tuesday, Bovo again spoke of bridging the gap between a Hialeah of the past and one of today, a theme he touched on when he announced plans to run in March.

“What we need in City Hall, quite honestly, is a guiding hand to make sure that we could kind of merge that new and old Hialeah, guide the issues that we have today — water and sewer, water issues, police, fire, garbage pickup, which are the bread and butter of what the administrator the city needs to do — but at the same time, we need to start planning for the future,” he said. “What does Hialeah look like 20 years from now?”

Born in Queens, New York, Bovo first served in a public capacity when he won a Hialeah City Council seat in 1998. His colleagues on the council later selected him to be their President.

In November 2008, he successfully ran for a seat in the Florida House to represent District 110. Two years later, he was reelected without opposition.

Bovo served as a Miami-Dade Commissioner from 2011 to 2020, when he left office because of term limits but resigned early to run for county Mayor. After slightly outpacing Daniella Levine Cava in the August 2020 Primary, he lost the race in the General Election with 46% of the vote.

Bovo’s campaign positioned him as the conservative alternative to “a liberal agenda and a liberal policy” coming from his opposition. While he criticized Donald Trump’s pandemic response, the Republican sided with many of the former President’s political positions.

After the Jan. 6 riot at the US Capitol, Bovo condemned the event but compared it to Black Lives Matter and antifa protests that had taken place across the country after the murder of George Floyd.

Like many on the Miami-Dade Commission, which he led as chair during the 2017-2018 term, Bovo’s interests spanned a spectrum of issues reflected in his legislation and leadership roles.

Transportation issues took precedence in the latter years of his commissionership as he led both the County Commission’s transportation and public works committee and the governing board of the Miami-Dade Transportation Planning Organization.

During that time, he saw through the selection of “gold standard” rapid bus as the locally preferred transit mode of the south corridor, one of six key commuting routes targeted for upgrades in the multibillion-dollar Strategic Miami Area Rapid Transit (SMART) Plan initiative.

Before leaving office in 2020, he sponsored legislation to ease the county’s acceptance of federal pandemic aid, prohibit the hiring of police officers found guilty of brutality and create a county interfaith advisory board.

Gov. Ron DeSantis in February committed to supporting him if he ran for Hialeah Mayor, encouraging a then-mum Bovo to “go ahead and throw your hat into the ring.”

DeSantis and Hernández had been at odds over the distribution of vaccines.

Fellow Republican Isis Garcia Martinez, a former Hialeah Council member who served as the city’s first Hispanic woman council President, is also running for Mayor. In March, she called Bovo’s candidacy a “backup plan” and asserted that the city deserves “a Mayor who thinks of them first and not … because he is out of options and needs a job.”

Other candidates include former Hialeah Council member Vivian Casáls-Muñoz; lifelong Hialeah resident Juan Santana, who ran for Mayor in 2013 and 2017; Julio Martinez, who ran in 2013; and Fernando Godo, a previous City Council candidate and activist who led calls in 2019 to oust Hernández.

In Hialeah, the Mayor has no vote on the Council but often brings measures to the body for a vote.

The deadline to file for the race is July 26. A Primary Election is to be held Nov. 2. If no candidate secures a majority of the vote, there will be a runoff in the General Election Nov. 16.

nextHaiti official: First Lady to be treated in Miami