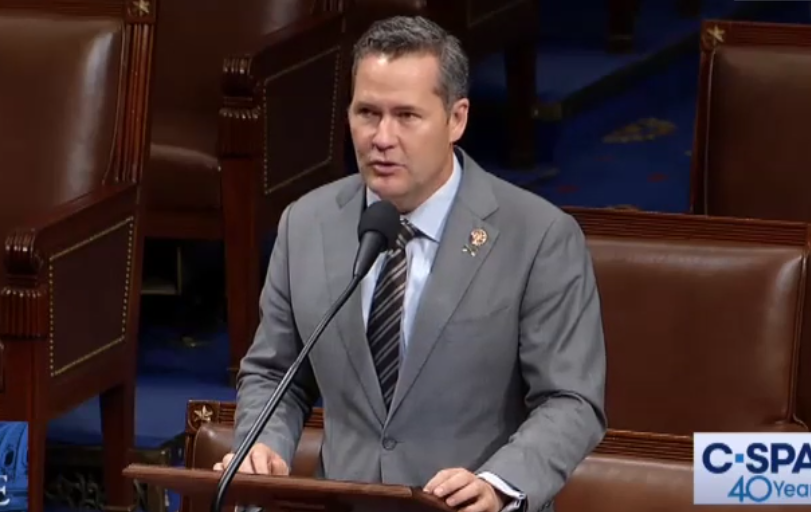 Waltz said the department and family are understandably upset.

U.S. Rep. Mike Waltz apologized Friday after informally releasing the condition of an injured police officer without the blessing of the officer’s family or department.

Daytona Beach Police Officer Jayson Raynor, 26, was shot in the head on June 23 while responding to a call of suspicious activity.

Early Friday, Waltz tweeted an update on the officer’s condition after a conversation with Daytona Beach Police Chief Jakari Young.

“Spoke to the Daytona Beach Police Chief and he says Officer Raynor is speaking and opening his eyes,” Waltz wrote. “His mother felt comfortable leaving the hospital for the first time in weeks. Nothing short of a miracle!”

Hours later, the announcement drew swift criticism from Young, who blasted the premature move as “politics at its best.”

“If I or (the Daytona Beach Police Department) intended to give an update on Officer Raynor’s status we would have done so ourselves!” Young tweeted. “(Congressman Michael Waltz) had NO RIGHT to tweet this! I apologize to the Raynor family for this egregious violation of their trust. This is nothing more than politics at its best.”

“My sincerest apologies to the Raynor family and @DaytonaBchPD,” Waltz wrote. “I was excited at the prospect of good news for Officer Raynor and did not intend to share info that wasn’t meant to be released. Continuing to pray for a speedy recovery.”

In a later tweet to Florida Politics, Waltz said the involved parties are understandably upset.

“This error is on me, and I apologize for releasing info that wasn’t ready to be shared,” he added.

Raynor has remained hospitalized since the incident and authorities had yet to provide an update on his condition.

Meanwhile, the man accused of shooting Raynor, Othal Torayne Resheen Wallace, was arrested days later near Atlanta. Authorities found Wallace hiding in a treehouse on property owned by the Not (F***ing) Around Coalition, a Black liberation and separatism group.

Wallace, 29, faces charges including attempted first-degree murder of a law enforcement officer with a firearm.