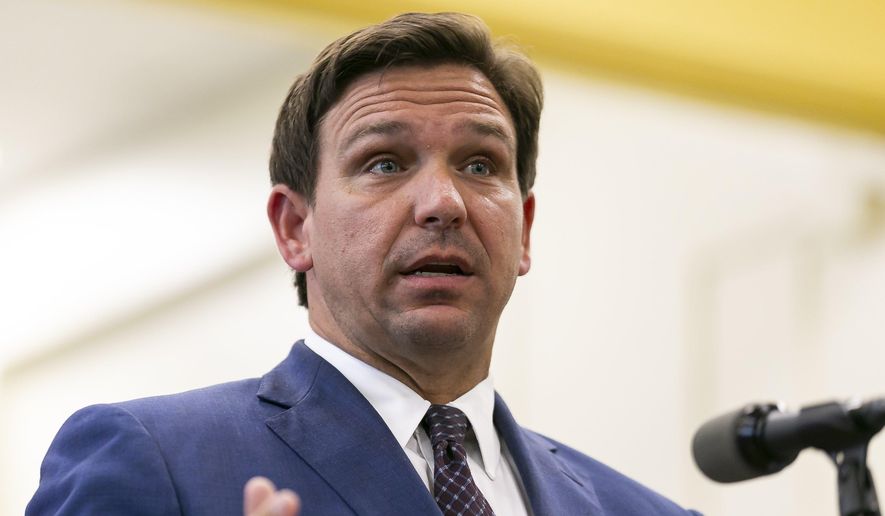 In Green Cove Springs Monday, Gov. Ron DeSantis urged disenchanted cops from elsewhere in the country to come to Florida.

One reason? The “culture is better” compared to other states.

“I do think you will see; I think you’ve already seen. But there are people in these police departments in various other parts of the country who, if they can get a job in Florida, they want to come to Florida to be able to do it,” DeSantis said. “Because the culture is better, and they understand they’re going to be supported much more resolutely than what they do.”

“Make no mistake: the reason that you have such huge spikes in crime in many parts of the country is because of not standing up for law enforcement, having weak policies where you’re letting people out, and you’re not prosecuting people who are committing habitual offenses,” he added. “That is clearly causing disastrous consequences.”

The Governor said that in many jurisdictions, arrests are down “because they’ve decided not to prosecute” crimes on the books.

“The offenses are up, they’re just not being held accountable, so they don’t show up in the statistics,” DeSantis said.

Ironically, the DeSantis comments came after Democrats took issue with the Governor’s first public remarks since protests in the streets of various Cuban cities this weekend, noting that the protests he backed on the island likely would run counter to Florida law.

“Florida supports the people of Cuba as they take to the streets against the tyrannical regime in Havana. The Cuban dictatorship has repressed the people of Cuba for decades & is now trying to silence those who have the courage to speak out against its disastrous policies,” DeSantis tweeted Sunday, to derision from some in the House.

“Says the Governor who pushed through House Bill 1, a bill motivated as a means to silence racial justice protests,” snarked Rep. Anna Eskamani on Twitter.

“I stand w/ the people of Cuba as they protest their repressive government. I wish them Godspeed as they take to the streets & let their voices be heard & do everything they can’t do in Florida without it being labeled an “aggravated riot” under Ron DeSantis’s anti-protest law,” Rep. Omari Hardy tweeted.