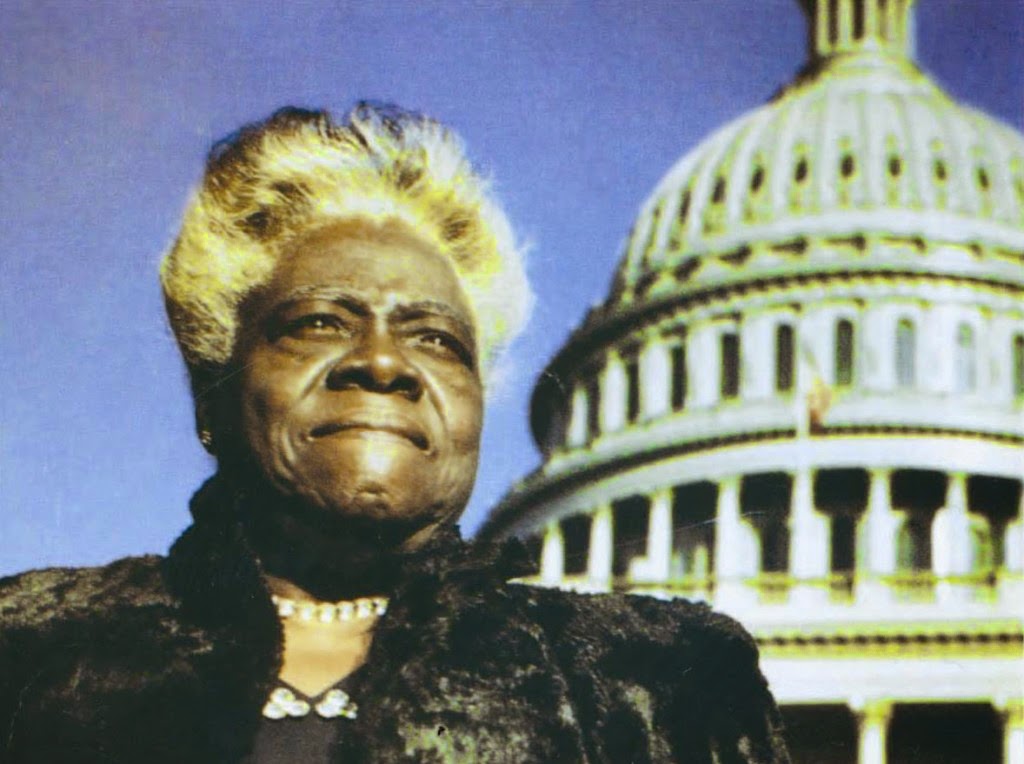 On the 146th anniversary of her birth, Mary McLeod Bethune’s form debuted larger than life, practically immortal and destined to take a place in history.

An 11-foot, 4-ton likeness of the trailblazing educator and civil rights activist was unveiled Saturday in Pietrasanta, Italy, beginning the journey that will end in the National Statuary Hall in Washington, D.C., where it will be the first statue of an African American to take a place there. Bethune will replace a statue of Gen. E. Kirby Smith, who surrendered the last armed Confederate force in the Civil War.

“My heart swelled with pride as we unveiled the iconic statue of Dr. Bethune in front of Pietrasanta City Hall with music, a blessing and inspirational speeches paying tribute to Dr. Bethune’s legacy,” said U.S. Rep. Kathy Castor, a Tampa Congresswoman who championed Bethune’s place in the nation’s Capitol.

Castor was among a contingent of Floridians who went to Italy for Saturday’s unveiling. She was there with Daytona Beach Mayor Derrick Henry and Hiram C. Powell, President of the university Bethune started in 1904 as Daytona Beach Literary and Industrial School for Training Negro Girls. Bethune’s efforts later grew into Bethune-Cookman University.

For Castor, putting Bethune in a place of power was a cause worth fighting for.

“Dr. Mary McLeod life’s work as an educator, civil rights leader, serves as an example for all Americans …,” Castor said.

Bethune was one the youngest of 17 children born to former slaves. She started her school with $1.50, five female students and her son, according to accounts. Later, she rose to become an adviser to President Franklin Delano Roosevelt and start the United Negro College Fund, known today as the UNCF. She was a member of the advisory board that started the Women’s Army Corps and made sure it was integrated.

“She was a renowned educator, a civil rights activist, and a women rights activist long before those words became fashionable,” said Blevin Perry Jr., chairman of Bethune-Cookman’s Board of Trustees and a retired Judge for the 9th Judicial Circuit Court of Florida. “All of her work … merits the high honor that she is getting.”

Before Bethune’s statue goes to Washington, Floridians will be able to see it from September to January at Daytona State College’s News-Journal Center.

The Confederate general has represented Florida in the national hall since 1922. The Legislature decided to take his statue down amid a national uproar about Confederate symbols.

“What an incredible opportunity to kick off a sustained celebration leading to our esteemed founder’s installation in Statuary Hall in D.C…no one more deserving than Dr. Bethune, who gave her entire life in service to the betterment of all mankind,” —@bethunecookman pres. Powell pic.twitter.com/OlhqRHgCiI

previousSunburn — The morning read of what’s hot in Florida politics — 7.13.21