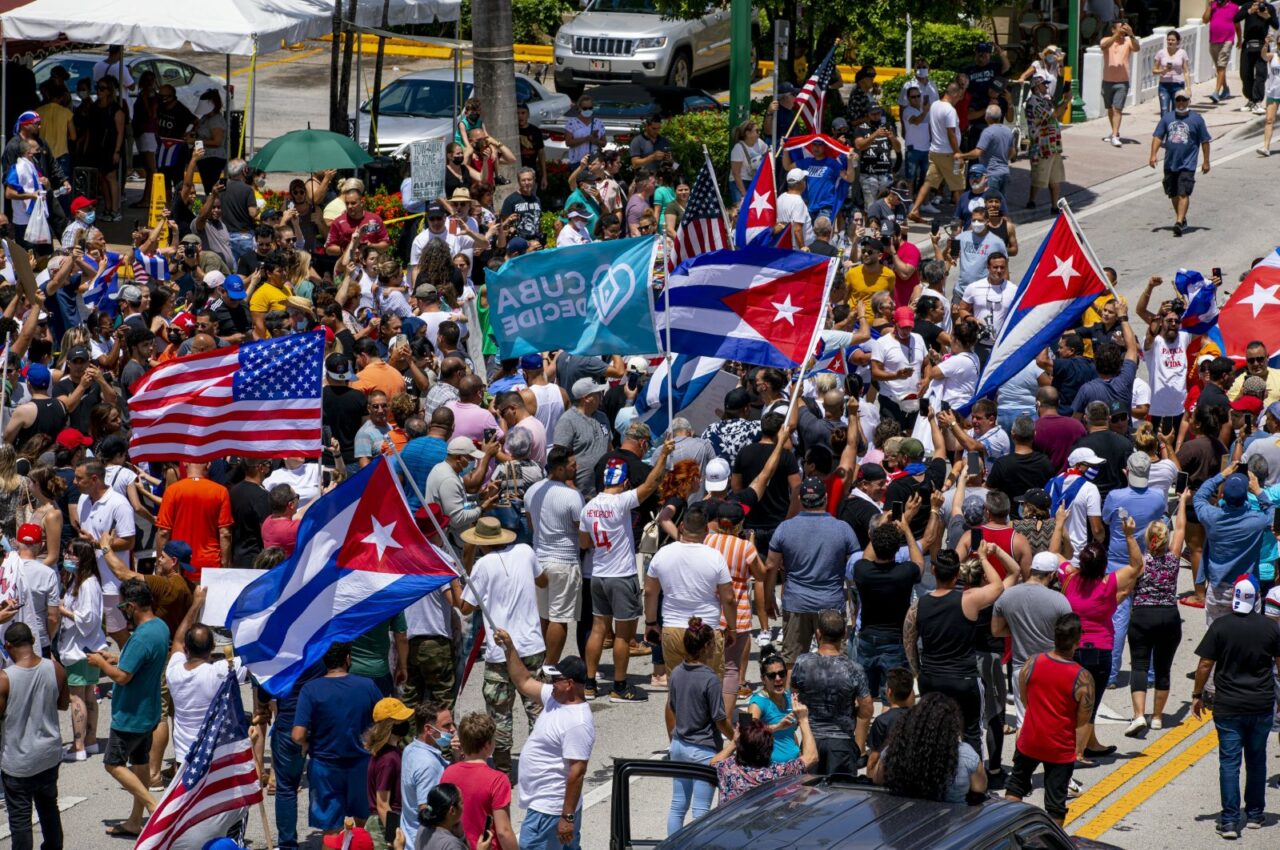 The demonstrations serve as the first major stress test for the Republican-acclaimed bill.

Senate Democrats are seeking a formal opinion from Attorney General Ashley Moody on a provision within Florida’s newly enacted anti-riot bill (HB 1) that enhances penalties against demonstrators who obstruct traffic and roadways.

The request for clarity comes after thousands of Floridians poured into the streets earlier this week in support of a political uprising in Cuba.

In the written request sent Wednesday to Moody, Democratic leaders said the opinion is needed to ensure the “protection” of the demonstrators operating under the freshly inked law.

“We believe it is critical for every Floridian to be treated equally, and since we’ve seen peaceful protests emerge across various municipalities and local governments — many spilling onto state roadways — its critical that elected officials and Floridians alike have clarity from your perspective as Florida’s Chief Legal Officer as it relates to the new statute,” the letter said.

Notably, the demonstrations serve as the first major stress test for the Republican-acclaimed bill.

Under the law, a person is prohibited from obstructing a roadway or otherwise “hindering” the flow of traffic.

That provision, among others, drew arrows from Democrats and civil rights activists alike, who argued the legislation infringes on First Amendment rights.

In the letter, penned by Senate Democratic Leader Lauren Book, Democrats expressed relief that the law has gone un-utilized by authorities.

The new law enhances penalties against rioters while also preventing those arrested during a riot to bail out of jail before their first court appearance.

Not least, state leaders may overrule a municipality’s decision to cut a police department’s budget under the new law.

“We are pleased and frankly thankful that the draconian and anti-democratic measures contained within HB 1 have not been weaponized against those who are peacefully protesting,” the letter said.

Democrats including Sen. Janet Cruz, Jason Pizzo, Bobby Powell and Lori Berman noted this isn’t the first demonstration to probe the bounds of the law.

In recent weeks, hundreds have gathered in South Florida to protest gun violence and show support at the site of the Surfside condominium collapse.

“I think we can all agree these actions are just and right, that history will say the same, but of course the protection of those who today exercise their passion and purpose must be assured,” the collective of Democrats wrote.

The full letter is available online.