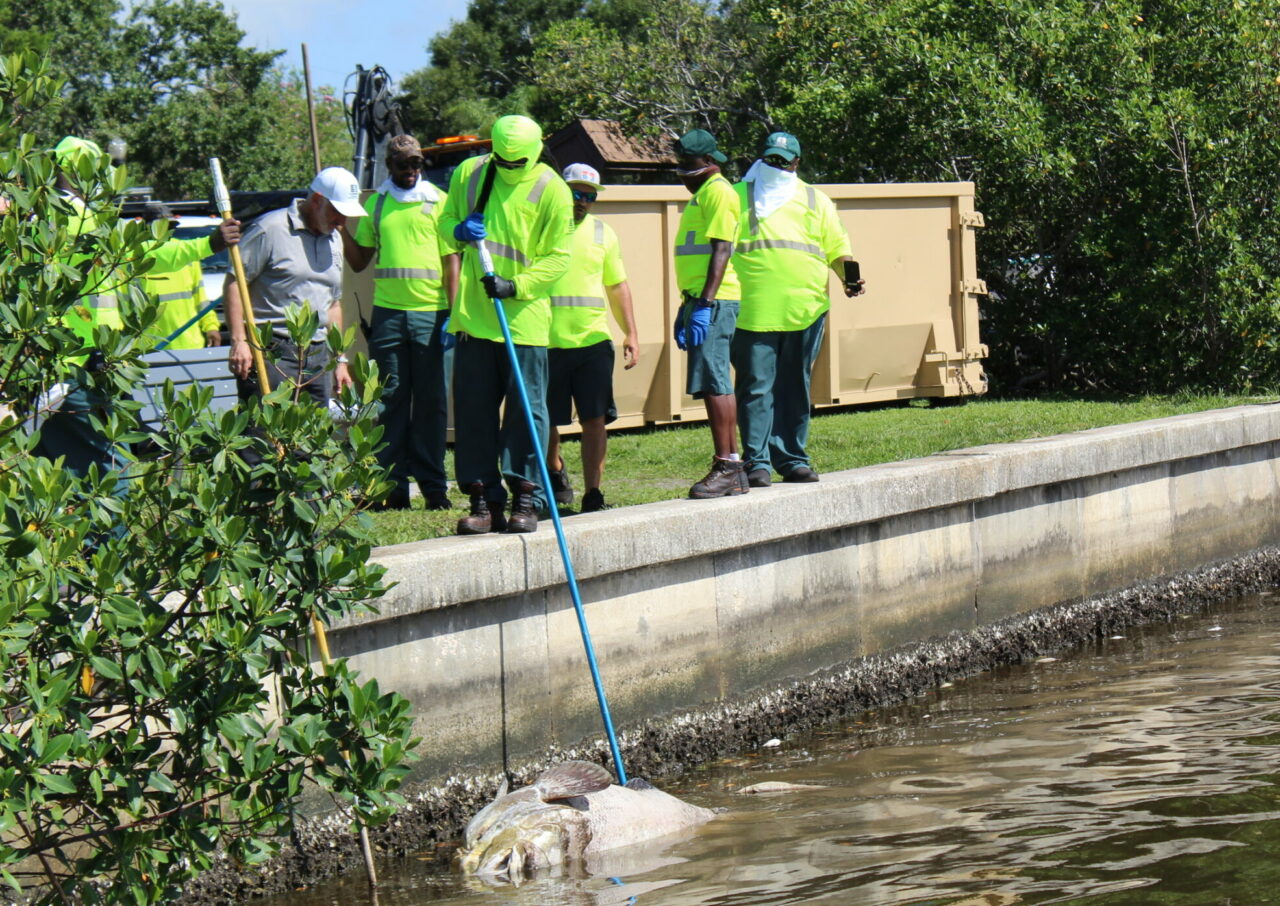 Red tide is a new topic for candidates this cycle — but one that will likely stick around.

Candidates vying for St. Petersburg Mayor squared off Wednesday night in the most recent debate, with a new topic becoming a central issue for candidates.

The League of Women Voters and Institute for Strategic Policy Solutions (ISPS) forum was tamer than previous debates. But new to discussions was growing concern over red tide, as the city faces one of the worst algae blooms in recent memory.

St. Pete City Council member Darden Rice, who previously worked for conservation groups like the Sierra Club and Oceana, reiterated Mayor Rick Kriseman’s plea for help from state government to clear the current red tide, while also calling on the Department of Environmental Protection to enforce regulations to prevent environmental threats, such as the recent wastewater dump at Piney Point.

“Short term — we need more help, we need more manpower, we need equipment,” Rice said. “Longterm, I would ask Gov. (Ron) DeSantis to direct the DEP to protect and enforce the laws that are on the books. These gypsum stacks… they’ll last forever. The companies that step in to make money managing them, don’t last forever. They go through their permits, and we can’t allow the DEP to just continue to look the other way.”

Former Pinellas County Commissioner Ken Welch echoed Rice’s plea for state intervention, and added the city will need to implement an Integrated Water Resources master plan, which will cost the city $2.4 billion, in order to fix pipes and water plants to stop sewage from overflowing into waterways. He also emphasized the need for local fertilizer ordinances.

“We need to do what we need to do here at home,” Welch said about the Integrated Water Resources master plan. “We are contributing with more sewage overflows, as we’ve had here in the last five or six years. That’s going to cost us all money. I want you to know — everybody’s water bill is going up the next four or five years, we’re all going to pay for that, but we haven’t paid for decades past and now we need to catch up.”

“I don’t have to tell you things are bad, things are actually worse than that,” Boland said. “We have a serious problem, we have a threat of having a dead zone here. We need to start with education, awareness, as to how bad this problem is and how important it is that we could address this. We needed to lobby aggressively and desperately for federal and state health so that our children can fish Tampa Bay.”

Former Rep. Wengay Newton hit on the need for educating residents about the use of fertilizers and also making sure to use allocated funds for research.

“We have got to do all we can to make sure that we keep using those funds,” Newton said. “We funded the Mosaic Science Institute with funds to be able to find things to help combat algae blooms, but we have got to also put more money into educating people about the use of phosphorus and fertilizers.”

Marcile Powers, a local grocery store owner, emphasized holding companies like Mosaic and other phosphate corporations accountable in order to prevent another Piney Point-like disaster. She likened the movement to hold these companies responsible to former Gov. Lawton Chiles’ initiative to go after Big Tobacco.

“These people destroying the environment have names and addresses,” Powers said. “We need to go after these companies that are dumping in our waterways. … There are a number of things that people have done that are wrong and illegal to our environment and we need to hold them accountable, and we need to take them to court.”

USF St. Pete student Michael Ingram said the city needs to invest in solutions to prevent red tide at the source, citing issues with reclaimed water and other environmental issues.

“We need to make sure that we’re not trying to just control red tide. We need to be making sure that we’re taking it away at the source — things like the level of nitrogen in our reclaimed water, things like the sewage spills that we have had over the years, things like Piney Point, these are all leading to these red tide blooms,” Ingram said. “This isn’t just affecting our quality of life, this is affecting our local businesses, this is affecting the people who live here because we are our tourist economy.”

“We need to tighten up our government operations, we need more codes. We need a finance program for homeowners to tighten up their lateral lines,” he said, adding that the city should also mandate natural fertilizers.

Crews working along the city’s coast have so far picked up at least 600 tons of dead sea life from waterways, caused by the algae bloom — a number that is continuing to increase by the day.

The cleanup comes as red tide ravages areas of the Pinellas County coast — the most recent status update provided by the Florida Fish and Wildlife Conservation Commission showed that Pinellas County had the highest concentrations of the algae that causes red tide in the state, with high levels around St. Pete’s coastal area.