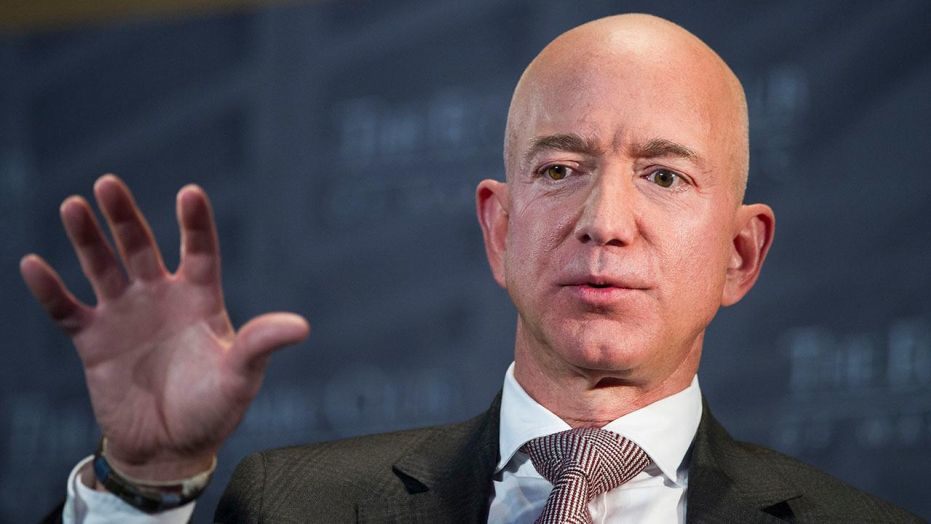 He's going on a trip, on his favorite rocket ship.

There is no question Jeff Bezos is a brilliant, innovative man. It’s not enough that he revolutionized global commerce when he founded Amazon, he has always been two steps ahead of the competition. I remember a few years back how people laughed when he told “60 Minutes” that one day his company might use drones to deliver packages.

No one is laughing now at the former Miami Palmetto High School valedictorian. He’s always working on something. At $188.4 billion, give or take an island or two, he also has the cash to indulge himself. That wealth was on full display Tuesday when he successfully blasted to the edge of space in his fully automated Blue Origin rocket.

It was an amazing technological achievement.

He spent an estimated $7.5 billion to build and program the vessel.

Well, it’s his money. He has the right to spend it how he chooses.

However, let’s compare and contrast, shall we?

MacKenzie Scott, Bezos’ ex-wife, committed to giving away the billions she received when she ended their 25-year marriage. Her original $36 billion in Amazon stock has grown to an estimated $60 billion.

Scott and her new husband, high school science teacher Dan Jewett, have so far donated $8.5 billion to 786 organizations — roughly equivalent to what Bezos spent to scratch a lifelong itch for space travel. The gifts come with no strings attached.

In a Medium blog post, Scott explained she and her husband “are all attempting to give away a fortune that was enabled by systems in need of change.”

“In this effort, we are governed by a humbling belief that it would be better if disproportionate wealth were not concentrated in a small number of hands and that the solutions are best designed and implemented by others,” Scott wrote.

But where his ex-wife pledged to “keep at it until the safe is empty,” Bezos plans to charge passengers who want to join him in space up to $2.1 million for the ride.

As always, he has a keenly honed sense of what people will pay exorbitant amounts of money to experience.

Like I said, though, it’s his money. That also goes for those who want to hail a taxi that will take them out of this world.

And it was our choice to use Amazon and make Bezos richer.

Yes, I use that service.

Still, it’s mind-blowing to read the Federal Reserve report from last year that the top 1% of Americans control 30.4% of all household wealth in this country.

The bottom 50% of the population combined has 1.9% of all the wealth. The COVID-19 pandemic — still a thing, by the way — devastated many businesses that employed people on the bottom half of the wealth chart.

They struggle for adequate health coverage, rent payments, and often just to pay the grocery bill. The divide between the haves and have-nots is growing wider.

And what Bezos’ former wife said about disproportionate wealth concentrated in a small number of hands? Her point was made the second Blue Origin’s engines ignited.

nextOlympics finally to start, 1 year later and far from Tokyo