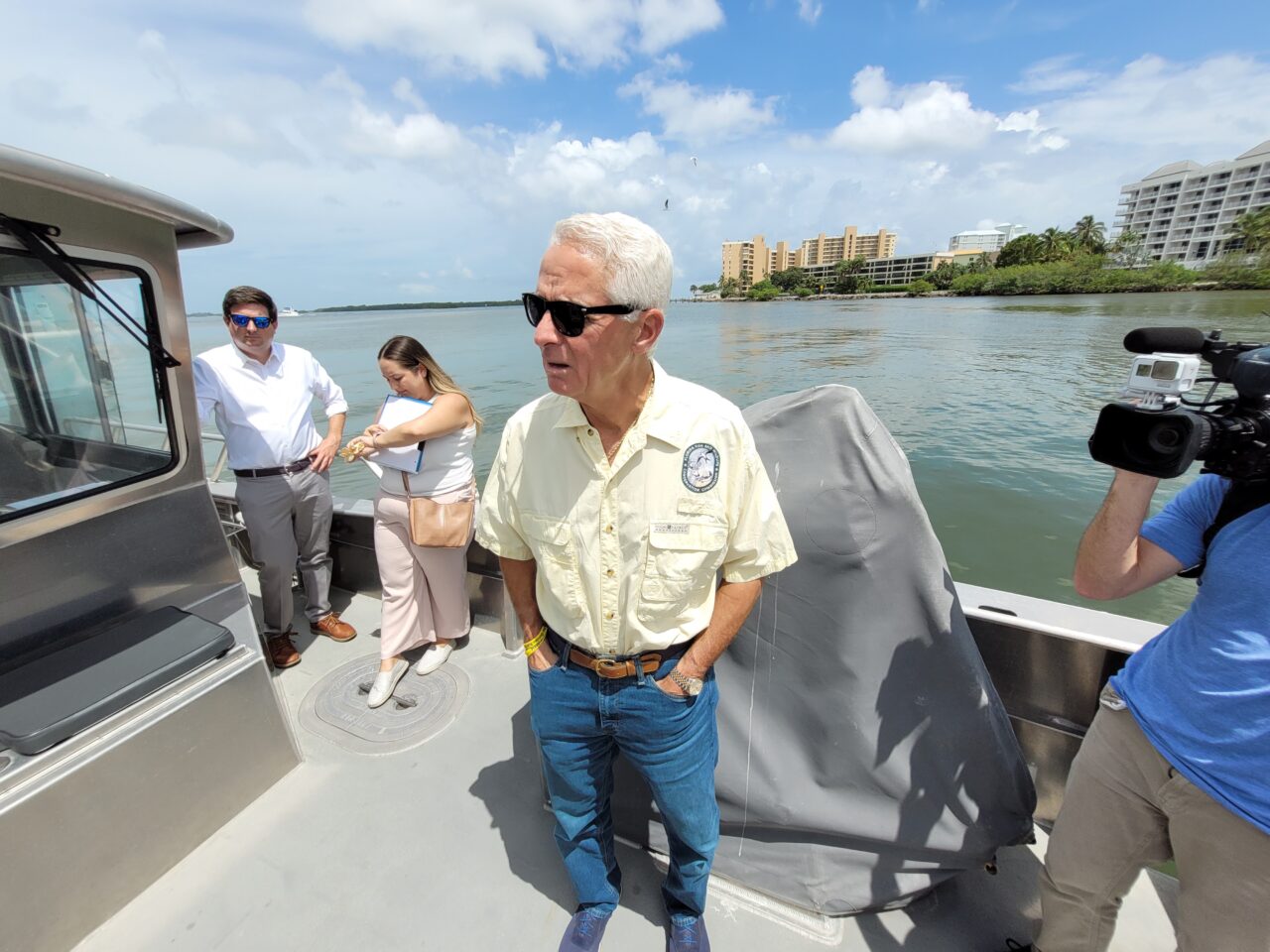 The 2022 gubernatorial candidate wants DeSantis to leverage a recent change in federal law.

Crist, a Democrat from St. Petersburg looking to unseat DeSantis next year, wrote a letter to the Governor Friday urging him to request that the National Oceanic and Atmospheric Administration designate the outbreak a “Harmful Algal Bloom Event of National Significance” under a 2019 federal law. That designation, which governors can request, would open the door to federal dollars to address the outbreak, impacting the environment and public health.

“Red Tide is ravaging our shores — killing marine life, hurting our businesses, and threatening our way of life,” Crist said in a statement. “Governor DeSantis has the power to immediately request a determination from NOAA, which would unlock federal funds to address this crisis. That’s why I’m calling on him to do just that — so my neighbors in Pinellas can get the support they desperately need.”

In his letter, Crist said the local officials cleared 1,400 tons of dead marine debris from the water and coastline at an unsustainable pace for workers. The smell of rotting fish is repelling visitors, and the red tide is affecting some people’s health.

DeSantis on Wednesday shot down the call from St. Petersburg Mayor Rick Kriseman and others for the Governor to declare a state of emergency as partisan politics.

Instead, DeSantis highlighted signing a law in 2019 that established the Florida Red Tide Mitigation and Technology Development Initiative, a partnership between the Florida Fish and Wildlife Conservation Commission and Mote Marine Laboratory to develop technologies and approaches to control and mitigate red tide and its impacts. The measure also provided a $3 million annual appropriation for the program for six years, for a total of $18 million in funding.

The Governor also reinstated the Red Tide Task Force in 2019 after being inactive for more than a decade. Since 2019, the state has dedicated more than $14.5 million to the Center for Red Tide Research at FWC.

“Just think, had we not done what I did to set the table for this when I first became Governor, we wouldn’t have been able to do half the stuff that we’ve been able to do, and I think that’s just the fact that this is something we’ve taken seriously,” DeSantis said.

The current outbreak is worse than one from 2018 that led then-Gov. Rick Scott to declare a state of emergency for seven counties impacted by the bloom. The executive order provided state funding and made available state biologists and scientists for cleanup and animal rescue efforts, among other resources.

Crist was elected to one term as Governor in 2006 as a Republican. However, he left the party to run for the Senate. The 2022 Election marks his second attempt to retake the Governor’s Mansion as a Democrat.