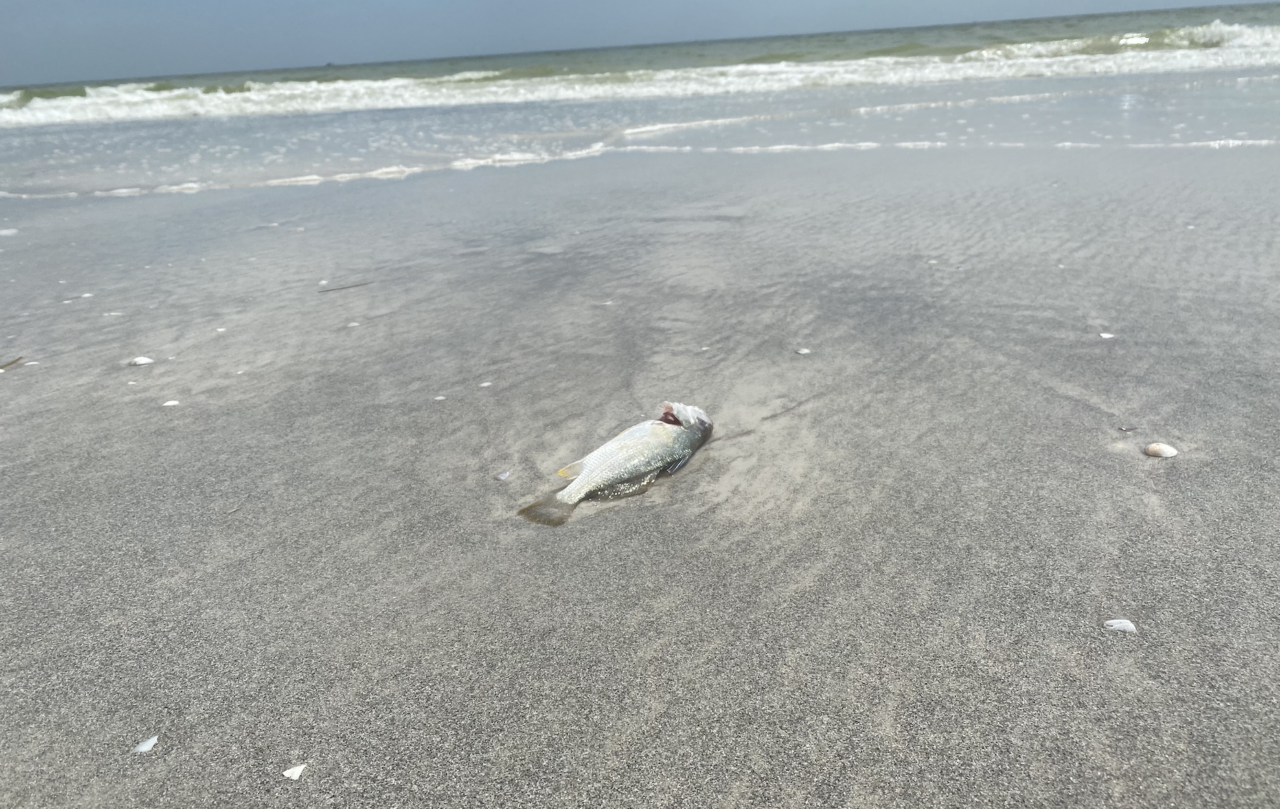 In the past 10 days, about 15 tons of dead fish have been removed from waterways.

In a letter to DeSantis Monday, Fried says the current red tide outbreak is considered worse than the massive 2018 outbreak on the state’s coast.

“The current red tide crisis has been considered worse than the 2018 red tide — and perhaps one of the state’s worst ever — with experts noting both the unusually early timing and unlikelihood of swift resolution,” Fried wrote. “With this serious biological threat ongoing in our state’s waters, I am calling on you to issue an executive order directing state resources to help mitigate this environmental and human health emergency.”

The 2018 outbreak led to then-Gov. Rick Scott declaring a state of emergency for seven counties impacted by the algae bloom. The executive order provided state funding and made available state biologists and scientists for cleanup and animal rescue efforts, among other resources.

“With Florida’s waters so interconnected, it should not fall solely to municipal officials with limited budgets and personnel to address this regional situation — state agencies including the Florida Department of Environmental Protection should coordinate the response,” Fried wrote.

Just recently, the city of St. Petersburg reported removing six tons of dead fish from the shorelines in a cleanup effort as red tide ravages areas of the downtown shoreline and Pinellas County coast. The most recent status update provided by the Florida Fish and Wildlife Conservation Commission showed that Pinellas County and the bay area had the highest concentrations of the algae that causes red tide in the state, with high levels around St. Pete’s coastal area.

A beach tracker from the tourism-promoting agency Visit St. Pete Clearwater shows every beach in Pinellas County except for Fred Howard Park at the very north end of the county facing red tide, most at medium or high concentrations, with slight to moderate respiratory effects.

The status update also details reports of fish kills in the waterways of Pinellas, Hillsborough and Pasco counties.

Today, I wrote @GovRonDeSantis asking him to issue an executive order — as then-governor @SenRickScott did in 2018 — on the red tide crisis affecting Tampa Bay.

Severe red tide needs a coordinated state response and resources, instead of shifting the burden to local governments. pic.twitter.com/hk04CMb0In

“In the past ten days, fifteen tons of dead fish have already been collected by municipal officials, who report ‘being taken off their normal jobs to remove dead fish around the clock,'” Fried says in the letter. “Red tide-caused manatee deaths have surged more than 100% over 2020 levels, and the Florida Department of Health has alerted Tampa Bay residents of potential respiratory illness.”

Fried also references Piney Point in the letter, suggesting the current red tide may stem from the more than 200 million gallons of toxic wastewater spilled at the former phosphate plant, with water disturbances exacerbated by Hurricane Elsa.

In an effort to address red tide, DeSantis visited St. Pete in mid-June to meet with a handful of state environmental leaders to discuss the latest developments in red tide research.

The panelists overwhelmingly praised DeSantis’ efforts in red tide research and funding, as well as the Governor’s move to reinstate the Red Tide Task Force in 2019 after being inactive for more than a decade. Since 2019, the state has dedicated more than $14.5 million to the Center for Red Tide Research at FWC.

Researchers made clear they are still working to improve technology designed to deter and detect red tide.

The impact of the Piney Point leak briefly wedged its way into the discussion. Tom Frazer, dean of the University of South Florida College of Marine Science, said that while Piney Point likely did not cause the current bloom, it could have exacerbated it.