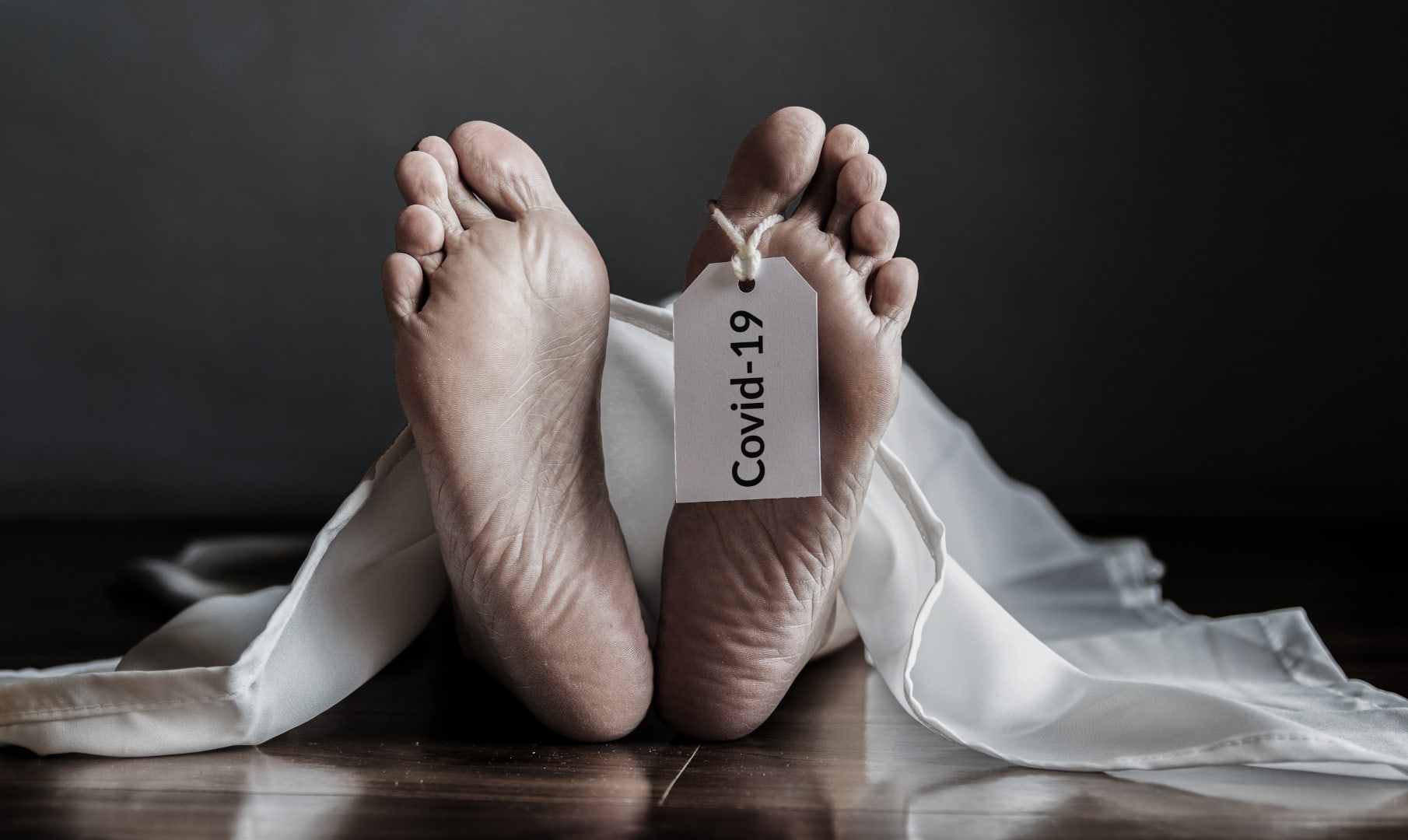 State reports suggest about 50 die each week. Actual death tolls are more than 200.

Since the Florida Department of Health switched at the start of June to producing only weekly, instead of daily, COVID-19 reports, the department’s tallies of COVID-19 deaths have become enigmas.

The department reported the number 78 for “Deaths” in the “Previous week” column last Friday; 59 in the report a week earlier; and 32 in that column for the week before that. 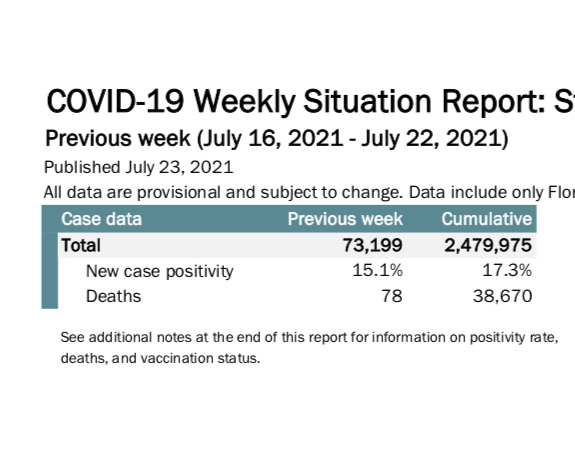 The same general range — 30 to 80 — is seen in that spot on every weekly report back to the state’s first, which showed just 35 deaths in the “Previous week” column for the week ending June 3.

Yet the actual totals are in the range of 170 to 290 COVID-19 deaths in Florida every week. That should be apparent. The next column on the weekly Department of Health reports, for “Cumulative,” provides an updated weekly total of COVID-19 deaths.

The death numbers in that spot, compared week-to-week, calculate out to 282 deaths for the week covered by last Friday’s report, through July 22. For the week of July 15 the cumulative totals would amount to an increase of 231 deaths from the week before.

The same pattern continues back into early June. For the week of June 4-10, the state’s “Cumulative” total went up 280 deaths, not the 40 listed on the June 10 weekly report for the “Previous week.”

The state’s data provided by the federal government, as compiled and reported separately by the U.S. Centers for Disease Control and Prevention, mirror the higher numbers. CDC data show weekly totals of about 200-300 deaths per week for Florida for every week throughout June and July.

The Florida Department of Health did not provide any explanations Wednesday after a Florida Politics inquiry about the discrepancies and about what the numbers represent.

Agriculture Commissioner Nikki Fried raised the alarm about the data being reported by the state Wednesday. She briefly questioned the deaths data while announcing she has broader concerns about the state’s COVID-19 reporting and she consequently is directing her department to publish the CDC data for Floridians.

“It’s been one of our concerns from day one when it came to this pandemic is what information is out there, what is trusted information and reliable? So, until we start seeing data reporting from the Department of Health and getting these reports from the hospitals, we’re going to be relying on what we’re getting from the CDC,” said Fried, a Democrat running for Governor who is a strong critic of Gov. Ron DeSantis‘ COVID-19 policies.

The CDC COVID-19 death counts include both confirmed and probable deaths, though the deaths the CDC lists as probable amount to only 10% to 20% of the totals.

The Florida Department of Health does not say which standardized definitions it uses to determine deaths. Florida’s cumulative totals are never exactly the same as what the CDC reports for a given period.

The Department of Health sometimes cites data analysis or record-keeping protocols that can make the department’s weekly reported numbers tricky to interpret. However, there are no notations to indicate the “Deaths” number under “Previous week” is anything other than a total of deaths for the previous week.

Only one other element in the Department of Health’s nine-page weekly COVID-19 report might clarify the weekly totals of COVID-19 deaths: a bar graph of deaths by week, appearing on Page 8. However, the bars are small, and are not assigned specific numbers in the published version, so there is no clarity to what number each bar represents.

The next weekly reports are likely to show much higher numbers. The CDC data actually break out deaths by day, not just by week. Last week, the daily deaths numbers appeared to be trending upward in the CDC data.

Haley Brown of Florida Politics contributed to this report.

previousLast Call for 7.28.21 — A prime-time read of what’s going down in Florida politics