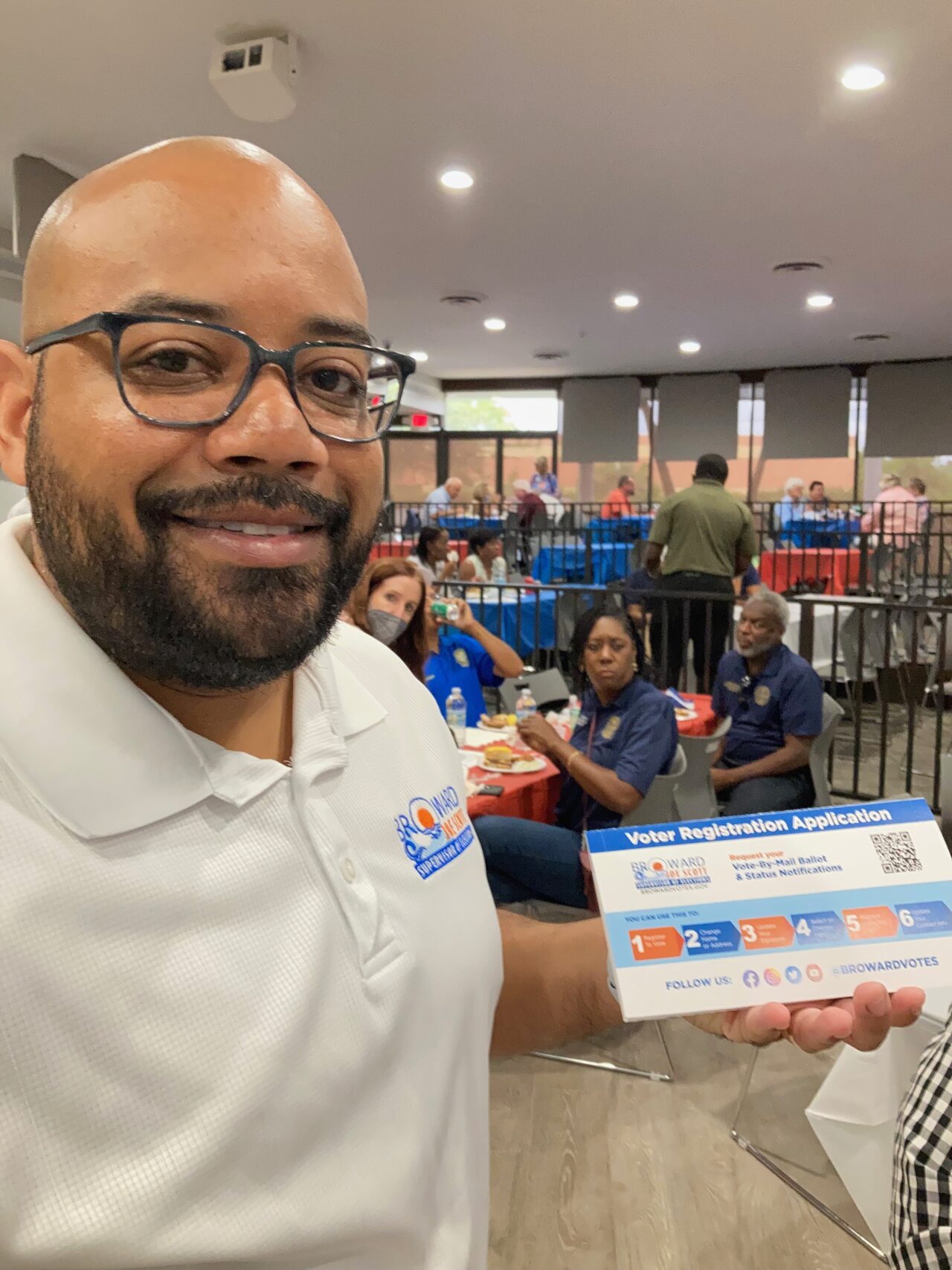 Broward Elections Supervisor out to counteract what he calls state lawmakers' voter suppression.

Before Gov. Ron DeSantis signed the new voting laws that tighten voting regulations, Broward County Elections Supervisor Joe Scott was already working on a new form designed to make the ballot box easier to get to.

The new voter registration form eliminates the need to find an envelope, address it, stamp it, or even put pen to paper. The new form has a QR code that allows a potential voter to register right on their phone through an online portal to the state Division of Elections. All the potential voter needs to do is scan the code with a cellphone camera.

Scott says he’s doing what he can to counteract voter suppression he sees in the new voting law just passed. The new form is expected to be mass-produced and distributed in the coming weeks, and he’s hoping that Election Supervisors around the state will want to do their own redesign.

“There’s plenty of good ideas out there … for improving safety and security in elections, but they (the Legislature) were not interested in real solutions, they were interested in creating obstacles and barriers for people to vote,” Scott said, adding a swipe at former President Donald Trump. “And to make one person happy that his claims that the election was stolen are true.”

“We’ve made it as easy as it’s always been,” Hutson said, adding he didn’t hear one complaint about voter suppression at his city’s special election on Tuesday.

Florida became the first among swing states that voted for Trump to pass new voting regulations. The provisions that got the most attention include the shortened time voters get sent a mail-in ballot automatically and changes to ballot drop boxes. It affected voter registration procedures, also.

Scott said he has heard from third-party voter registration organizations that the process of registering people has been getting more and more cumbersome, even before this new law.

“It was making it so that voter registration organizations don’t want to do drives anymore,” he said. “I was thinking maybe I can make it a little bit easier.”

Under the new law, for example, organizations that register voters must tell the registering voter that the organization might not get their form in on time.

“I know to kind of put my organization that I volunteer with out there and say, ‘I might not do this right,’” said Anthony Ginsberg. Ginsberg, a retired stock analyst, volunteers with the Broward-based Voter Participation Project, specializing in reaching out to homeless people.

With Broward’s new form, there’s no need for the organization to be involved in mailing it after the form is filled out. If the registering voter doesn’t want to go online to register with the QR code, they can fill out the form and use the self-adhesive strips on the side to seal it. The envelope is already addressed to the Broward Elections Supervisor’s Office, and postage is paid.

Ginsberg said Scott is inspiring confidence in voting with the way he’s directing people to their own personal voting registration page with this form.

“It’s the silver lining of all this,” Ginsberg said.

Scott said he didn’t go beyond his usual outreach budget to design and execute his idea.

“It (registration) couldn’t be easier because of his innovation,” Fisher said. “Hopefully, it will negate the effect of the new voting laws.”

Scott was elected to Supervisor of Elections last November, succeeding Brenda Snipes, who had been in the job for 16 years. She resigned, rescinded her resignation, and then resigned again after a tumultuous 2018 election. The Governor replaced Snipes with an interim appointee who oversaw last November’s election.

previousHow many Floridians are dying of COVID? Depends on where you look