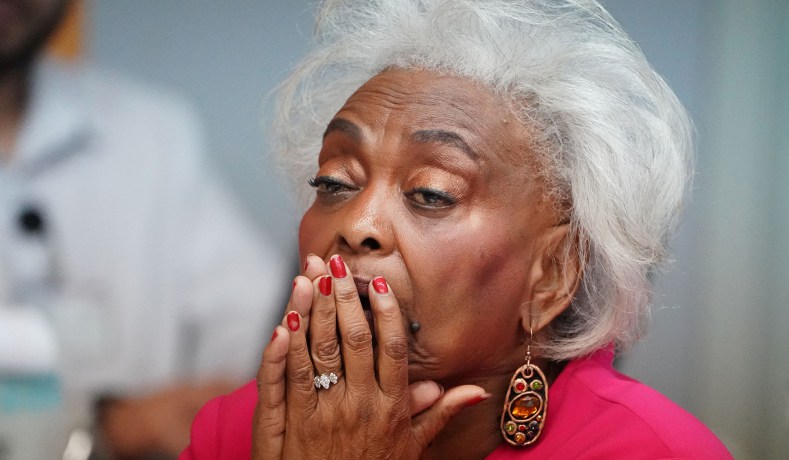 Six Democrats are competing for the party's nomination Tuesday.

Snipes stepped aside after another tumultuous election in 2018. Her replacement, Pete Antonacci, has served in that role since. Antonacci did not choose to run for reelection, leaving the field open for the first time since Snipes’ appointment in 2003.

Ceasar and Klitzman spent the most money in the contest, With Ceasar dropping nearly $172,000 and Klitzman spending more than $136,000. Two additional candidates — Gottlieb and Scott — spent nearly $100,000 as well, with Gottlieb nearing that mark in just over two months as a candidate.

Despite being a first-time candidate, the 26-year-old Klitzman has made a splash. He has courted support from former U.S. Secretary of Homeland Security Jeh Johnson and Broward School Board Member Lori Alhadeff.

While Democratic voters are selecting the Supervisor of the future, the past is likely going to be at the forefront of residents’ minds.

Snipes’ 16-year tenure was marred by controversy. A court ruled that Snipes’ office illegally destroyed paper ballots from the 2016 Democratic primary in Florida’s 23rd Congressional District. That prompted the Florida Division of Elections to send monitors to Broward for the 2018 election cycle.

Snipes eventually resigned her post, giving voters a chance for a fresh start. The controversy over the U.S. Senate race shows that while the Supervisor’s position is a down-ballot contest, it can have a significant impact on other, higher-profile races.