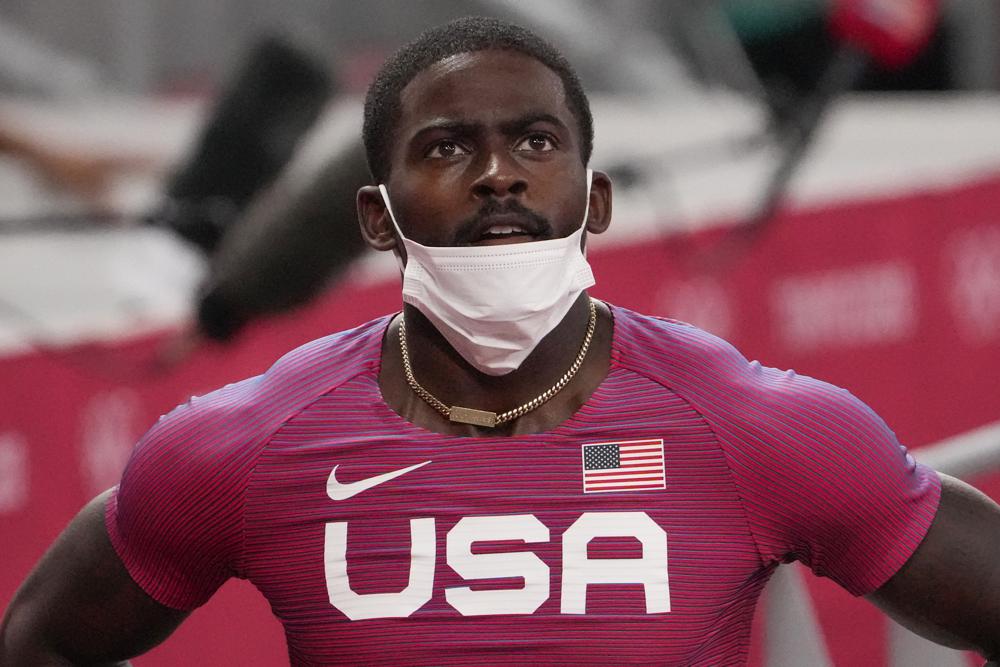 There will be a new fastest man of the Olympics crowned Sunday when the 100-meter dash is run without Usain Bolt in the finals for the first time since 2008.

The favorite to claim the gold is American sprinter Trayvon Bromell, a 26-year-old from St. Petersburg. The race is the marquee event of the Olympics and closes out a busy night at Olympic Stadium.

Newly minted Olympic all-around champion Sunisa Lee will be looking to add to her medal haul in the uneven bars final, while Americans Jade Carey and MyKayla Skinner are medal threats in the vault finals.

Here are some things to watch (all times Eastern):

There will be a new gold medalist in the marquee race of the Olympics and it just might be an American who takes over the spot left open by Bolt’s retirement.

Bolt won three consecutive golds in the men’s 100-meter dash but he’s now moved on in his life and there’s an opening for a new star. Bromell doesn’t have the same swagger as Bolt, but he does have speed.

The 26-year-old from Florida is an unassuming sprinter in a showman’s event. Bromell is the favorite in Sunday’s gold medal race. He’ll be challenged by teammate Ronnie Baker, Andre De Grasse of Canada and Akani Simbine of South Africa.

Bromell won U.S. Olympic trials and also has the top time of 2021, at 9.77 seconds. The sports books believe Bromell will win and he’s the even-money favorite for the gold.

Olympic Stadium will be the centerpiece of Sunday night’s Tokyo Games coverage, with medals also set to be handed out in the women’s 100-meter hurdles and the men’s long jump. NBC’s primetime coverage begins at 7 p.m. and will also feature the women’s springboard final in diving and an elimination match in women’s beach volleyball.

Simone Biles is taking another night off in Tokyo, where she’s found herself unable to compete because of mental health issues. She pulled out of the women’s team final, the women’s all-around and won’t participate Sunday in the uneven bars or vault.

So it will be newly minted Olympic all-around champion Sunisa Lee looking to add to her haul in the uneven bars final. Lee and Belgium’s Nina Derwael are the heavy favorites to top the podium.

Americans Jade Carey and MyKayla Skinner posted two of the top four scores in vault during qualifying and will both be medal threats in the finals. Skinner made it into the final when defending Olympic champion Biles opted out.

Medals will also be handed out in men’s floor exercise, pommel horse and still rings. Coverage will be live at 4 a.m. on Peacock with encore presentations during NBC’s primetime coverage.

The U.S. women’s basketball team will continue the quest for a seventh consecutive gold medal as Sue Bird and Diana Taurasi lead the Americans against France in the final game of group play.

In men’s competition, Slovenia against reigning World Cup champion Spain is the game of note.

Luka Doncic has had a spectacular Olympics for Slovenia and is the leading scorer in Tokyo; Slovenia’s men’s national team is 15-0 all time when he’s in the lineup.

In other notable action

Elimination rounds in women’s beach volleyball will be live in primetime on both NBC and CNBC beginning at 8 p.m.

Novak Djokovic’s quest for the Golden Slam ended and the men’s top-ranked tennis player in the world left Tokyo without a single medal. Alexander Zverev of Germany knocked off Djokovic and will play Karen Khachanov of the Russian Olympic Committee in the gold medal match live for the late crowd on The Olympic Channel with an afternoon replay on USA Network.

The U.S. men’s water polo team will play Greece live in primetime on CNBC, where coverage of men’s elimination round beach volleyball and the fencing men’s team foil final will also air.