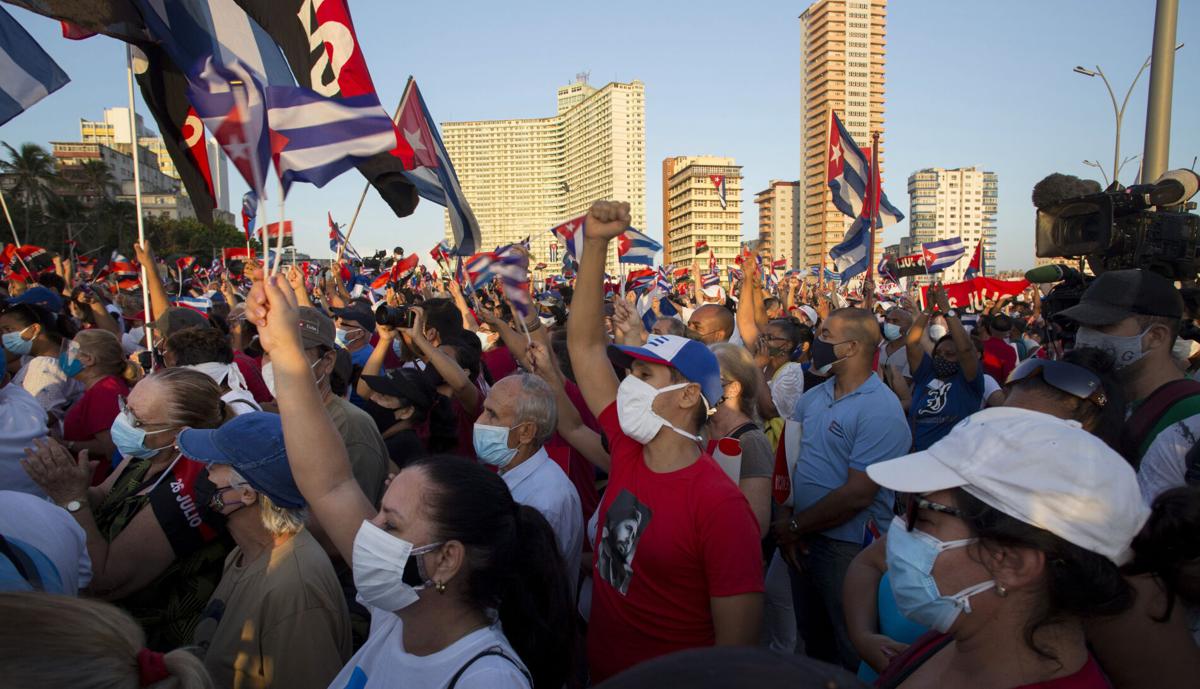 There are no simple solutions and when they come, they must come from the Cuban people themselves.

Watching the protests in Cuba over the past few weeks brought to mind the stories shared by my mother, who fled the island as part of the Mariel boatlift in 1980.

When I was growing up in Tampa, she regaled me with stories about the friends and relatives she left behind. I heard and listened, but did not fully understand.

The protests have changed the way I think about my family.

I often use “brothers and sisters” to describe anyone who is a child of immigrants, like myself. It’s an occupational hazard.

For my mother, “brother” and “sister” are not so abstract. For her, when she sees what’s happening in Cuba, her mind turns to our actual flesh and blood family. The anguish on her face is palpable, her pain deep.

Her concern is no abstraction. It’s a living reality. She knows. She remembers.

I don’t know, in the way she does. My understanding of the situation in Cuba comes from study, from observation and yes, from listening to her.

But watching her over the past few weeks, as Cubans rose up in protest against their tyrannical government, I listened differently. I learned more simply by seeing her reactions. I was able to feel her pain in a way I never had.

I have uncles, aunts, and cousins and in Cuba. My fear for them is more concrete than it once was.

For my mother, it’s almost unbearable.

As we sat together watching video of the brave demonstrators, I could see she was heartbroken.

Weeping, she made plans to do what she could. For us, the cost is mere money. We paid $130 to wire $150 to family members in Cuba.

For those on the receiving end, the costs are much dearer.

We didn’t hear a word from one of our cousins for four days.

One of the first moves by the tyrants trying to preserve their dictatorial power was to shut down communications, including blocking access to the internet

With no phone lines and no Facebook, we were out of touch and feared the worst — a not unreasonable assumption when dealing with a regime that routinely imprisons and murders its own people.

Fortunately, we were able to reestablish contact. Not every family has been so lucky.

My mother’s generation, the Mariel generation, fled the poverty, oppression, and human rights violations of a government that had held its people captive for more than 20 years. Now, more than 40 years later, Cubans have risen up — to protest the lack of food and medicine, certainly, but also to rally against the root causes of those shortages.

The blame does not lie with pandemics or embargoes. It lies with the socialist policies of the government that has, for six decades, inflicting pain and suffering on the Cuban people.

My mother has been in America for more than 40 years. But that pain is still reflected in her eyes.

For me, safe in Tampa, living a life of relative prosperity, the lives of my Cuban relatives has been a distant bell. For me and the children of other Cuban exiles who have never seen the land of our fathers, it can be easy to take freedom for granted.

Looking into my mother’s eyes the past few weeks has made it impossible to do that.

Being reminded of the struggles our Cuban brothers and sisters have experienced and are still experiencing, has reminded me of how precious and how fragile, are the freedoms and basic human rights we all enjoy.

There are no simple solutions and when they come, they must come from the Cuban people themselves.

Until then, we can hold our brothers and sisters, of every stripe, in our hearts, pray for their deliverance, and stand with them as they fight for the dignity every human being deserves.

Danny Martinez is coalitions director of The LIBRE Initiative-Florida.