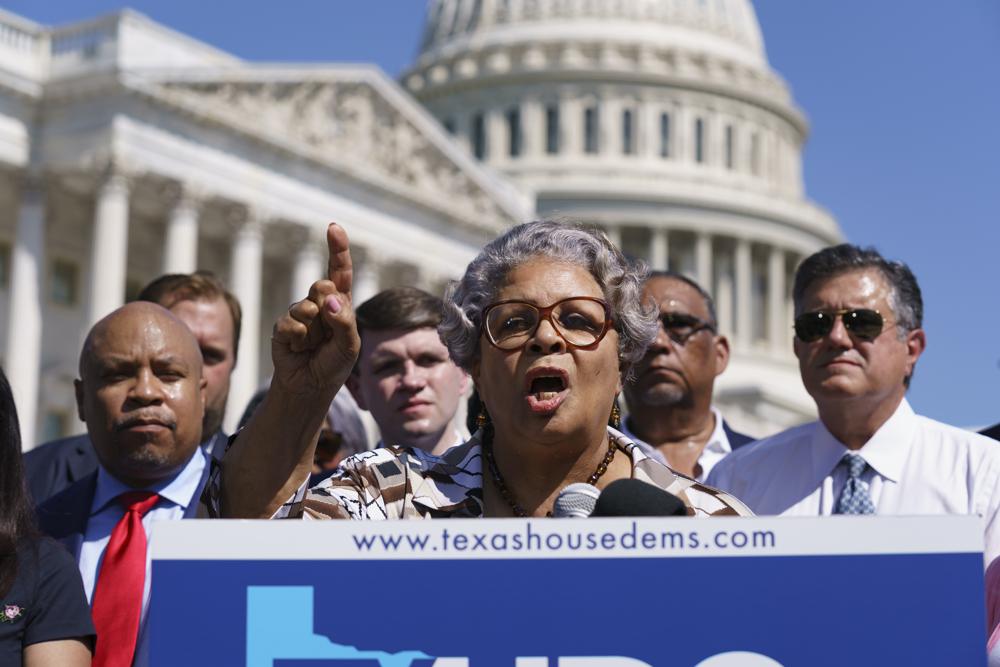 They are acting like adults who love our country, and who dare to dream that we can do better.

The headline of this article probably caught your attention. Good.

I think the Texas State House Democrats ought to be nominated for a Nobel Peace Prize in 2022. I picked the year 2022 because the Nobel Peace Prize website indicates that “All living persons and active organizations or institutions are eligible candidates for the Nobel Peace Prize … In order for a nomination to be valid, it must be submitted no later than Jan. 31. Submissions shall preferably be made through an online form.”

No later than Jan. 31 means the brave souls who continue challenging anti-democratic forces in the Lone Star State must wait another year to be considered for their just reward.

The Nobel Peace Prize website also explains who can make a nomination.

It says, “According to the statutes of the Nobel Foundation, a nomination for the Nobel Peace Prize is considered valid if it is submitted by a person who falls within one of the following categories, a personal application for an award will not be considered.”

Here is the category of potential nominators that jumps out at me:

Surely there is a university professor out there who teaches law, history or social sciences who understands the important work the Texas State House Democrats are doing to preserve and protect our democracy from domestic enemies.

For starters, the Texas Democrats blocked a massive voter-suppression bill by walking out of the state House in May. Their effort denied the Republican majority the quorum needed to make it more difficult for many people to vote in Texas. The lack of a quorum ended the regular Legislative Session, but the craven GOP Governor called a Special Session this summer.

Again, the bold and courageous members of the minority party showed their gumption; they got on planes to fly to our nation’s capital, where they have been lobbying national politicians. And the Texas Dream Team of Democracy Lovers won’t be returning to Texas en masse until the Special Session expires. Their goal in D.C. — convince seemingly unmotivated national Democrats to approve voting rights laws that will protect voters in all of the states in our union. The Democrats can do this if they stick together in the Senate and create a pro-democratic carve out that lets a simple majority vote win in the Senate.

Of course, it is also important for members of the Nobel Peace Prize Committee to know what the Texas State House Democrats are not doing. They are not rioting at the U.S. Capitol; they are holding meetings and testifying before committees. They are not attacking police officers with American flags, guns, and bear and pepper spray. They are not spreading a “Big Lie” to justify their disregard for our democracy. The Texas State House Democrats are not asking legislators to pass laws that will let Democrats overturn the will of the people if the vote doesn’t go their way.

In short, they are acting like adults who love our country and who dare to dream that we can do better.

According to the King Institute website: “Presenting the award to King in Oslo, Norway, that December, the chairman of the Nobel Committee praised him for being “the first person in the Western world to have shown us that a struggle can be waged without violence. He is the first to make the message of brotherly love a reality in the course of his struggle, and he has brought this message to all men, to all nations and races.”

The politicians from Texas are not preachers. But they are preaching the gospel of peace and democracy. Amen.

Steve Schneider is a journalist based in Hollywood.

nextAaron Parnas: From one young person to another, get vaccinated