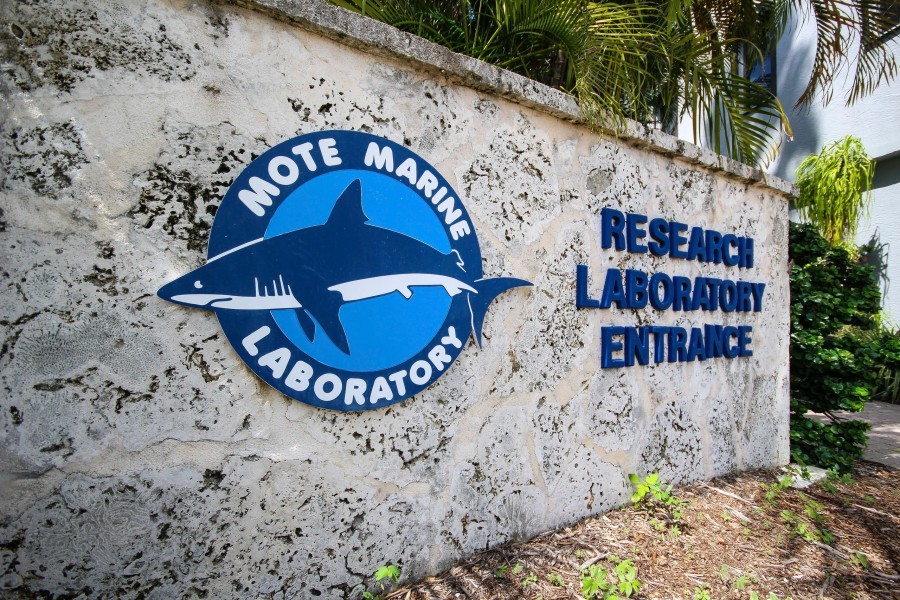 'Furthering understanding of the complex issues surrounding red tide is a top priority.'

“Furthering understanding of the complex issues surrounding red tide is a top priority,” DeSantis said at the event.

DeSantis in 2019 signed legislation establishing the red tide mitigation initiative, which lawmakers hoped would deliver a paradigm shift on the understanding of the toxic algae. Former Senate President Bill Galvano, a Bradenton Republican who helped shepherd the project, also attended the Tuesday event.

Red tide in recent weeks has savaged waterways in Tampa Bay, and DeSantis said response efforts by the state have helped mitigate economic impacts there.

“We’re packing the beaches and the economy is roaring in that part of Florida,” he said.

In the years since the funding approval, scientific leadership at Mote said efforts have been underway to improve responses to outbreaks of Karenia brevis, the algae that’s naturally occurring in the Gulf of Mexico, but which has routinely bloomed out of control along the coast.

“In the first two years of this initiative, significant progress has been made,” said Dr. Michael Crosby, President and CEO of Mote Marine Laboratory.

The algae effort has advanced three project request proposals, contracted 25 others in process, and developed 20 new partnerships. Those include work with academic institutions like the University of South Florida and Florida Gulf Coast University, as well as with scientific firms like Entech Solutions and Solaris.

Scientists at Mote continue to look at efforts, such as the use of oxidants, to encompass and neutralize harmful algal blooms, but they say an overarching priority remains on making sure research identifies environmental solutions.

Sutton said the response to recent outbreaks has been starkly different than in the past.

That seemed a subtle but intentional contrast between DeSantis and former Gov. Rick Scott, both Republicans. That also goes for former Gov. Charlie Crist, a Republican-turned Democrat who is challenging DeSantis’ reelection and who has criticized DeSantis’ environmental protection and oversight.

The press event on Tuesday also came shortly after DeSantis declined to declare a state of emergency around the red tide blooms in Tampa Bay.

But he drew a contrast between the red tide outbreaks scattered in the region now and a 2018 season where blooms impacted most of the Gulf Coast and closed beaches for months.

He also expressed hope algal research here would contribute to a larger effort on algae-related crises, including blue-green algal blooms in Lake Okeechobee and connected riverways.

“It will pay dividends if we are successful with mitigation technologies,” DeSantis said.