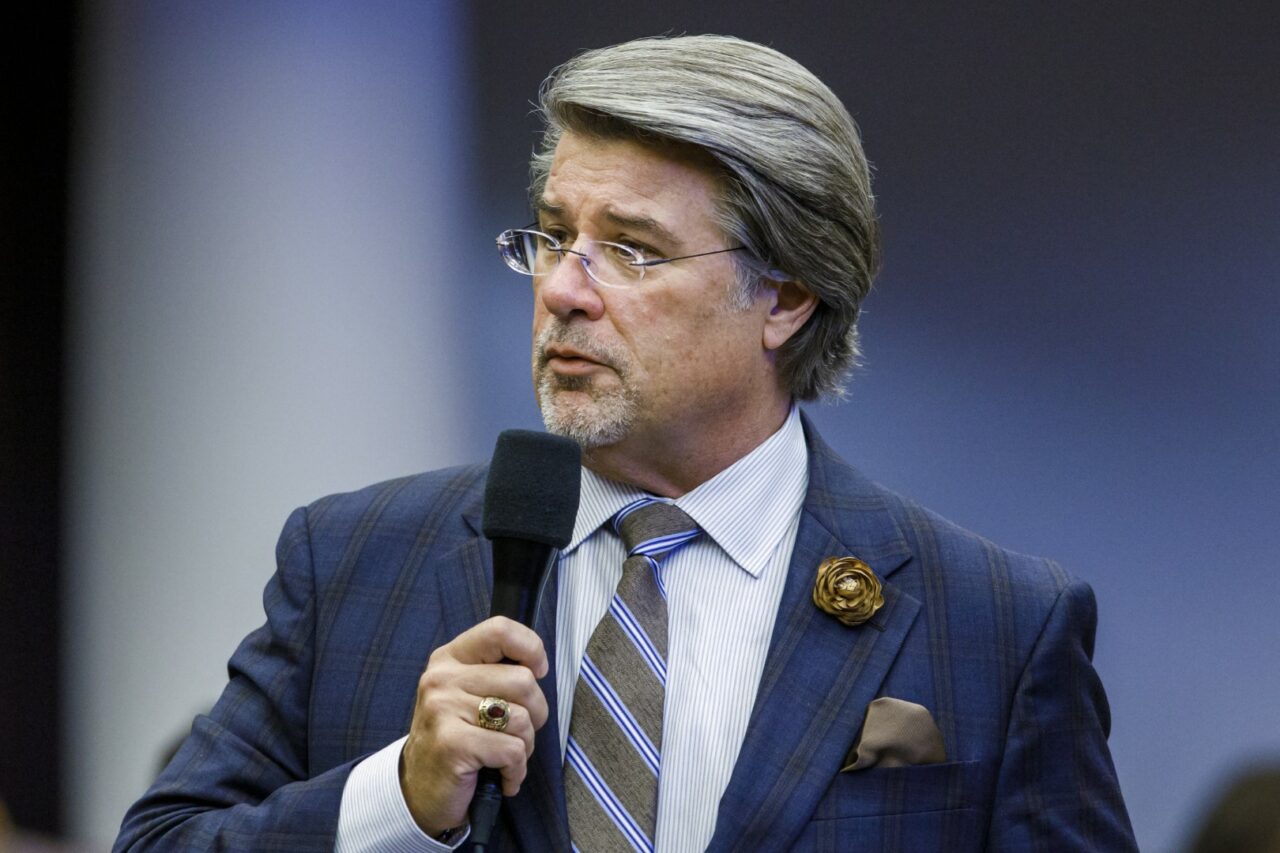 Farmer argues the order is based on 'an incomplete and inaccurate understanding of accepted scientific research.'

Farmer authored a letter to Rivkees, asking him to respond to and clarify Gov. Ron DeSantis’ argument for blocking school boards from instituting such a mandate.

“As you are also aware, in support of his order Gov. DeSantis cited a Brown University Study, other unnamed ‘studies’ and a public health advisory issued by yourself,” Farmer writes in the letter to Rivkees.

“Upon reviewing the cited information and latest data related to the spread and severity of COVID-19, particularly concerning the delta variant, Gov. DeSantis’ executive order is medically and scientifically baseless and inaccurate. I am bringing this to your attention because I believe that your duties as both a medical professional and Florida’s chief public health official demand that you set the record straight.”

It’s unlikely Rivkees will take Farmer’s bait and step into a public war of words with his boss. But Farmer’s calls are a continuation of Democrats’ efforts to push back against the order banning school mask mandates as the delta variant continues to surge in the state.

Several other Democrats, including Farmer, quickly joined the pile. Farmer, a Fort Lauderdale Democrat, represents portions of Broward County, which, like most of the state, is currently experiencing a COVID-19 surge.

Farmer’s letter highlights his biggest issues with DeSantis’ order on student mask mandates. The Governor has pointed to data showing there was no significant difference in COVID-19 transmission rates in schools that mandated masks and those that did not. That contradicts data from the Centers for Disease Control and Prevention (CDC), Farmer argues.

He pointed to a CDC brief titled, “Transmission of SARS-CoV-2 in K-12 Schools and Early Care and Education Programs.”

“In this brief the CDC highlights an increased likelihood of the transmission of COVID-19 in schools to and from both students and staff when community transmission is high,” Farmer wrote.

“In this same brief the CDC goes on to highlight that when ‘prevention strategies are consistently and correctly used, the risk of SARS-CoV-2 transmission in the school environment is decreased.’ The brief also notes that inconsistent mask use may have contributed to school-based outbreaks that have already occurred.”

DeSantis has also leaned on preliminary data contained in a Brown University Study to support his argument that mask mandates are ineffective and unnecessary. The study’s introduction notes that researchers “do not see a correlation between mask mandates and COVID-19 rates among students in either adjusted or unadjusted analyses.”

However, Farmer pointed to a separate line from that introduction, which also notes, “We would emphasize that in general this literature suggests in-person school can be operated safely with appropriate mitigation, which typically includes universal masking. It would be premature to draw any alternative conclusions about this question based on this preliminary data.”

Farmer therefore argued the study “actually contradicts the Governor’s position and essentially advocates for mask mandates as an effective way to prevent spread of COVID-19 in schools.”

The distinction appears to be between mask mandates and masks themselves. The researchers note that masking may be a part of an effective strategy to combat COVID-19 spread, but that masking may take place with or without mandates.

DeSantis has framed the issue as one of freedom. He’s opposed forced masking while contending parents can make the decision about whether a student masks up. But the Governor has also met with individuals who have questioned the effectiveness of mask usage overall, an argument which does appear to be contradicted by the data DeSantis cites to support his executive order.

Farmer also pointed to an April 29 health advisory from Rivkees that argued against “COVID-19 restrictions on individuals, with no end in sight, including long-term use of face coverings and withdrawal from social and recreational gatherings.” DeSantis also cited the order in justifying the school mask mandate ban, but Farmer says there are some clear differences.

He noted Rivkees only recommended lifting mask mandates for fully vaccinated individuals. But the vaccine is not yet cleared for students age 12 and younger.

“It is also my understanding that your advisory was issued during the same time period that the CDC was also easing face mask guidelines based upon the status of the virus and the information available to them at that time,” Farmer continued.

Farmer argued the changing facts regarding the delta variant, concurrent with updated guidance from the CDC and other health organizations, should force Rivkees and Florida to reevaluate its stance on masks.

Farmer closed his letter by arguing DeSantis’ executive order is “largely if not entirely predicated on an incomplete and inaccurate understanding of accepted scientific research, outdated information (some of which is attributed to you and your department), and the proliferation of myths.” He then pushed Rivkees to speak out publicly.

“It is my belief that as a cited source in this misguided policy, and as a medical professional and the state’s top public health official, you are morally and professionally obligated to issue clarifications of your April 29 public health advisory, as well as a rebuke of the false and misleading information contained in the executive order.”

nextLast Call for 8.3.21 — A prime-time read of what’s going down in Florida politics